The pub has a discussion of a number of recently released games, some RPGs and some not so much. 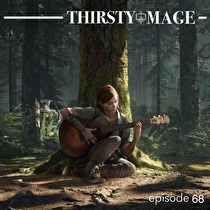 On this episode, Jordan and Casey return to discuss some games they’ve been playing recently. Some are RPGs, others not so much...

This episode is available on Apple Podcasts, Google Podcasts, Spotify, Stitcher, and even through your Alexa.

This week on The Thirsty Mage, David reviews the Nintendo Switch version of Rogue Company and Casey gets really excited about having Shin Megami Tensei V and an HD Remaster of Nocturne on Switch.