This Week in the Nintendo eShop (February 1)

A coming storm is portended by necrodancing and old digging.

Before we dive into this week, here’s a heads-up: next week looks ridiculously stacked. Anyway, this week is cool in its own right. The surprise launch of Crypt of the Necrodancer is neat, bringing that beloved game to the Switch with some new features. Night in the Woods hitting Switch is also great. And if you’re done with SteamWorld Dig 2 and Heist and want more steambot joy, the original SteamWorld Dig is available. 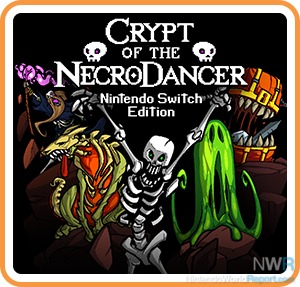 A combination of both roguelike and rhythm game elements. That is how I would describe Crypt of the Necrodancer to people. You take steps on the beat, crawl through dungeons, and take on enemies that move on the same flow. Honestly, the tricky part of the experience is keeping up with the beat. When the dungeons become hectic and filled with stuff to do, it is easy to lose sight of the end goal. Luckily, the journey can be made easier by collecting coins and purchasing items. It gives the main character a bunch of benefits that will keep her in the game longer. The ultimate goal, however, is finding Diamonds and clearing the various zones. That is far from an easy task, but with the right sense of rhythm, you can go far. Crypt of the Necrodancer is truly one of a kind, and great fun because of that. - Daan Koopman 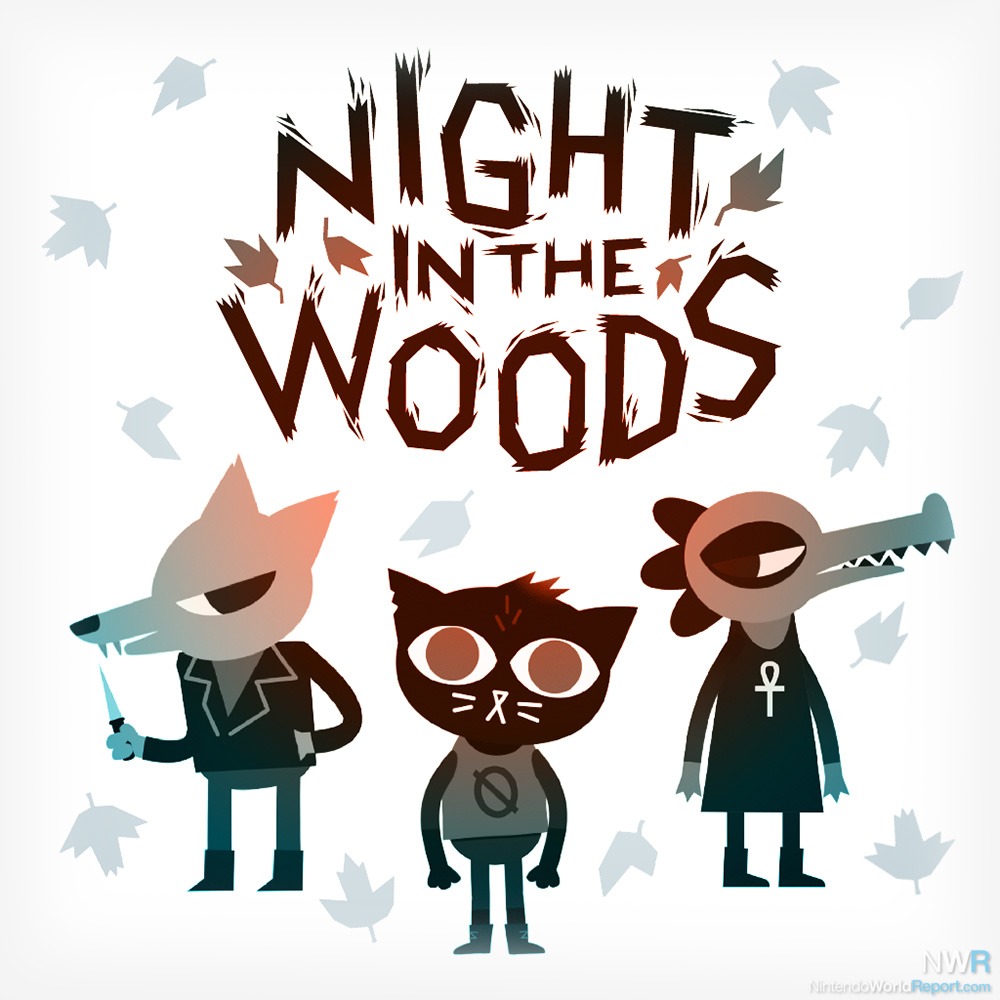 The art style of Night in the Woods threw me for a loop. Part of me thought “wow, this is a beautiful game,” but at the same time, I also thought that “this world and these characters all look like stock image graphic design characters used in infographs or any sort of cutesy marketing material.” The latter is not at all to dismiss the look, because it’s something I still looked at and thought was very beautiful. It’s also refreshing, having come from playing so many different 8-bit and 16-bit games that have been eating up the eShop as of late. For more details, check out the full review. - Xander Morningstar 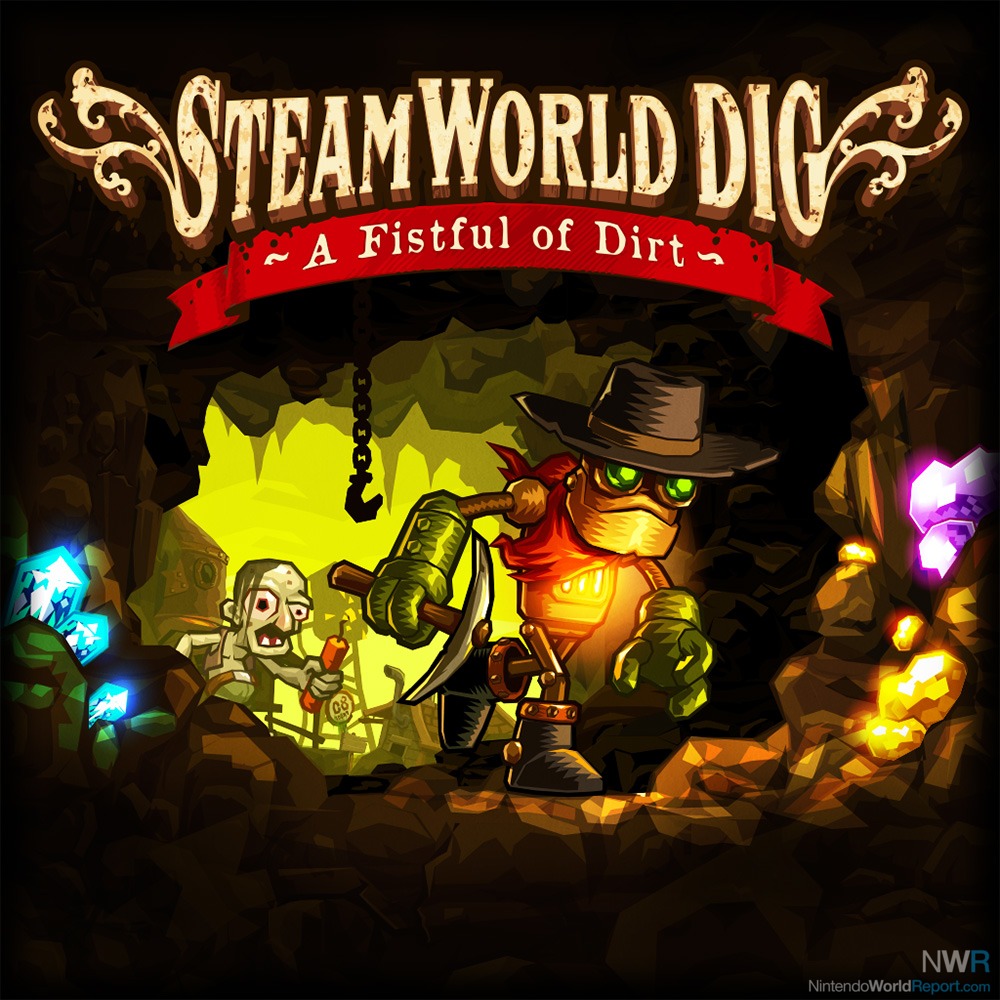 Many, if not most of you dear readers probably played SteamWorld Dig several years ago when it came to the 3DS. If not there, then perhaps one of the ports released on just about every other concurrent digital store at the time. I liked, but did not love, SteamWorld Dig back then, and I have not gone back to it since that initial release. But now, inevitably, Image & Form's original subterranean platformer has been released on the Switch. Have my feelings changed? Well, sort of. The game’s “overworld” is a vertical shaft which you must dig through via pickaxe or (later) drill bit. The gameplay loop is pretty engaging: pick your way down to a goal area while collecting gemstones of varying values and avoiding or killing enemies. For more details, check out the full review. - Zach Miller 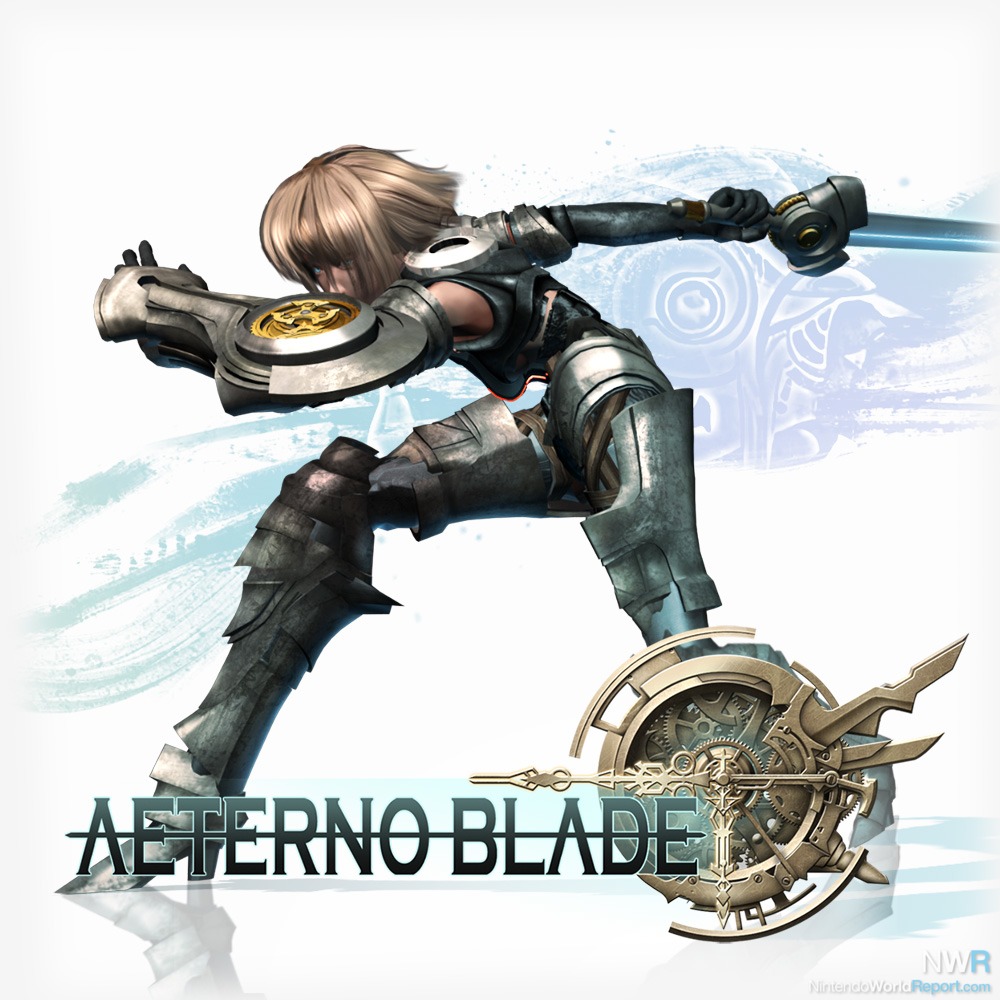 We follow our heroine, Freya, at the height of her conflict with the evil Beladim. Seeking revenge for the destruction of her hometown, Freya confronts the demonic lord, but the battle results in her death. By the power of her sword, the Aeternoblade, she is able to go back in time in order to re-attempt her quest to bring Beladim to justice. The time travel aspect is a nice touch and quite subtle in its execution. Freya is able to rewind time at any moment, allowing for the correction of mistakes in battle and semi-interesting puzzles. NWR Staff 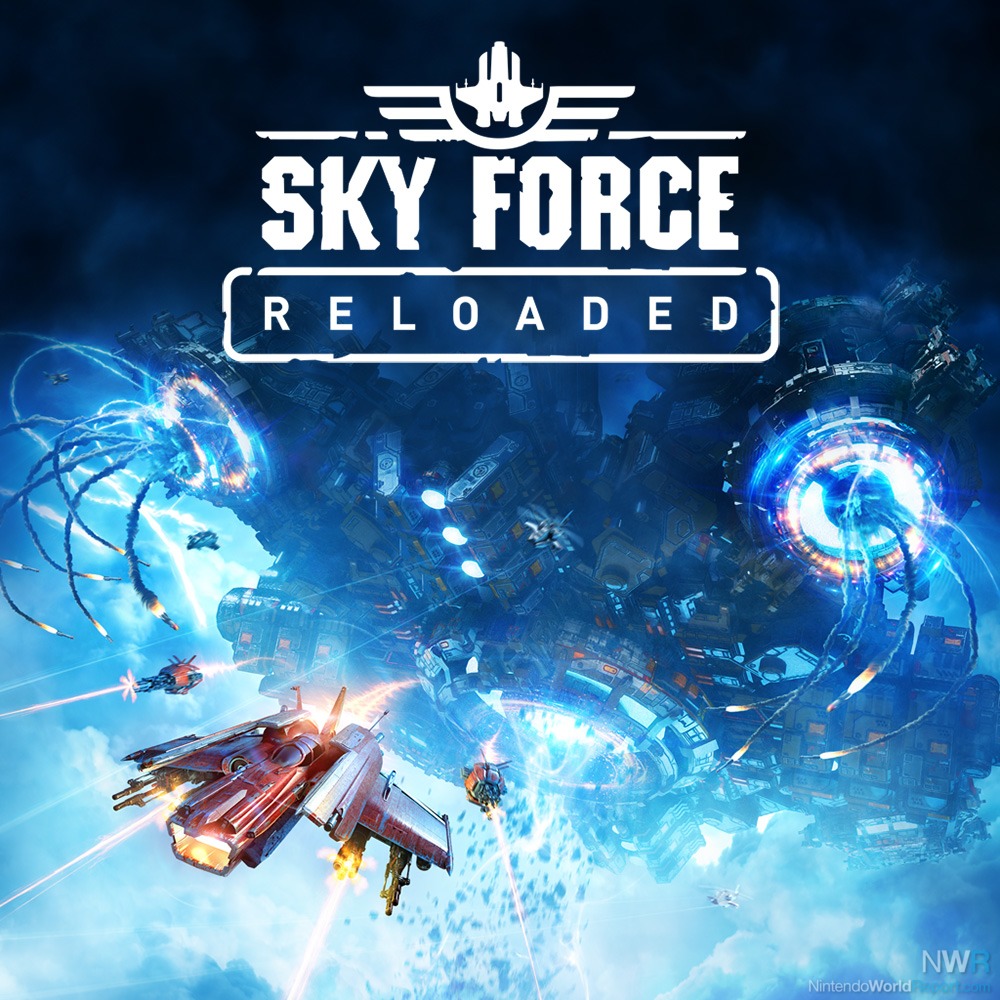 Having come over from a successful run in the mobile space, I knew that the Sky Force games were pretty hot stuff and Reloaded doesn’t disappoint. If you’re into classic arcade bullet hell shooting action, it delivers in spades. About the only thing I’d say is unfortunate about it, and I’d say is bound to its mobile roots, is that in order to progress you’ll need upgrades and to get upgrades you’re ultimately going to grind… quite a lot. Beating levels is only part of the picture, as you’ll also need to earn stars by destroying enemies, saving everyone you see on the ground, or completing missions without taking a hit. Get all four stars on a level and you can move it up to the next level of difficulty to earn more. It is very well-suited to pick up and play and looks great, just expect for it to be a long and slow burn to make progress overall. It’s fun but the grind is real! - Justin Nation 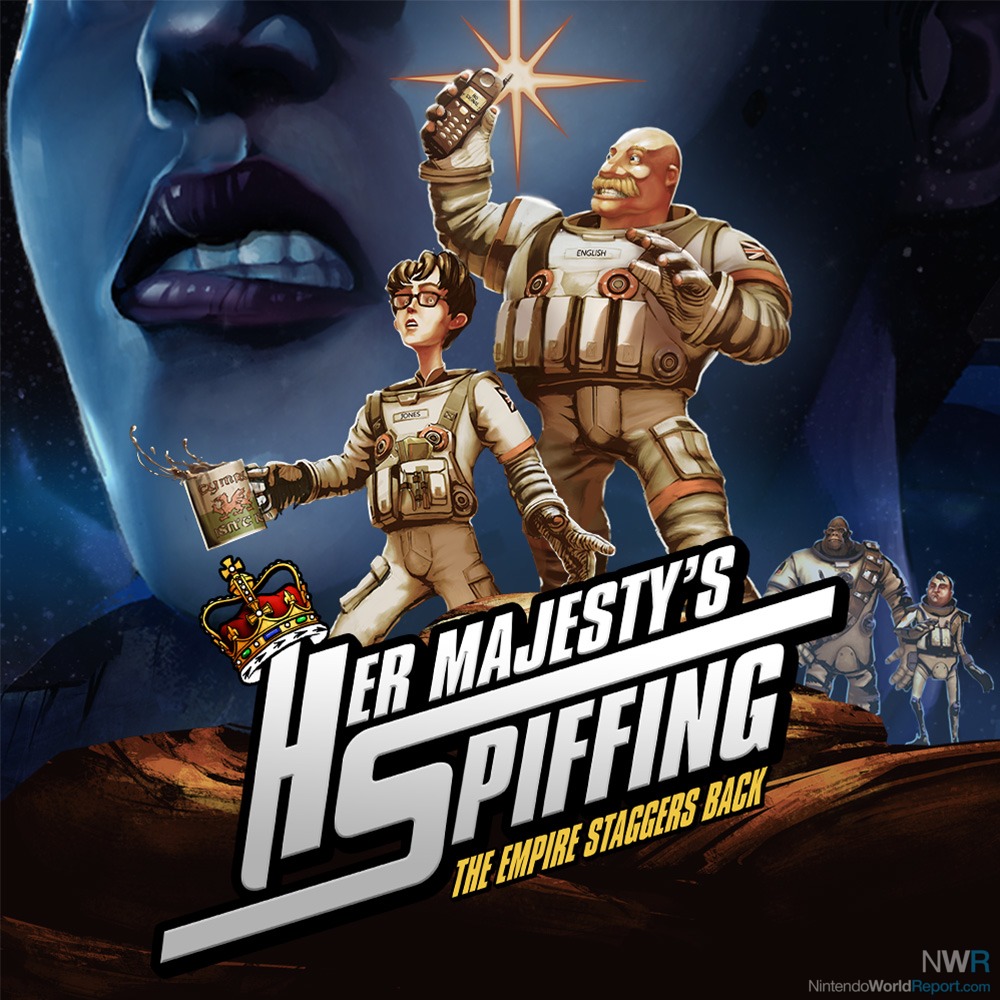 One of the more interesting genres to make a comeback in recent years is the classic PC-style adventure. Relying on exploration and creativity, and often offering either some laughs or thrills in return, I’ve always been a fan of the genre. In SPIFFING you’ll play as one of the space explorers out to expand the empire for Queen and country… and silliness and some very British humor ensue along the way. In order to combat one of the classic issues of needing to hover or click around every pixel on the screen, the interactions in the game are very much streamlined and modern. As you move around, things that you can interact with will be highlighted and when you press the button, you’ll then get a simple action wheel showing your options. The puzzles are generally sensible, with none standing out as unfairly weird, but you will want to be sure to check everything. If nothing else you can then get a giggle at the often self-deprecating humor in the game. Given its budget-friendly price, the only complaint may be that it feels like it ends just as it has hit its full stride but otherwise it’s good fun for a few hours if you’re an adventure fan. - Justin Nation 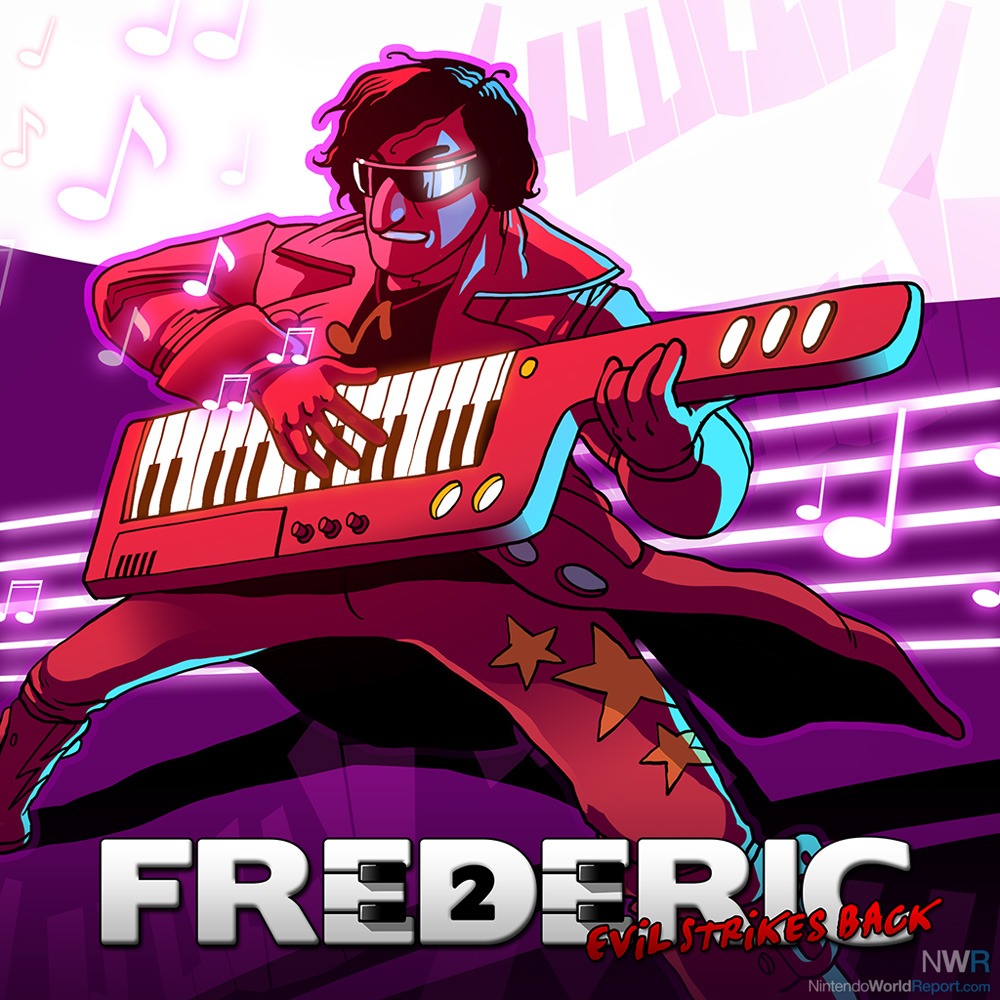 I never got a chance to play the original Frederic title, but based on what I’ve seen, the sequel looks to be more of the same. Solid rhythm game goodness paired with some very unusual characters and situations along the way that keep things light and entertaining. Though there’s support for playing with a controller, I found the configuration and number of notes you need to try to keep up with really awkward to use; it is definitely a game meant to be played on a touchscreen in handheld mode. So far I’ve had a good time with some laughs and an eyebrow raised with a weird battle against an opponent based on Freddie Mercury. Among the music and rhythm games I’ve played thus far on Switch, this is probably the most unusual, and feels like it will be a good time overall for a pretty reasonable price. - Justin Nation 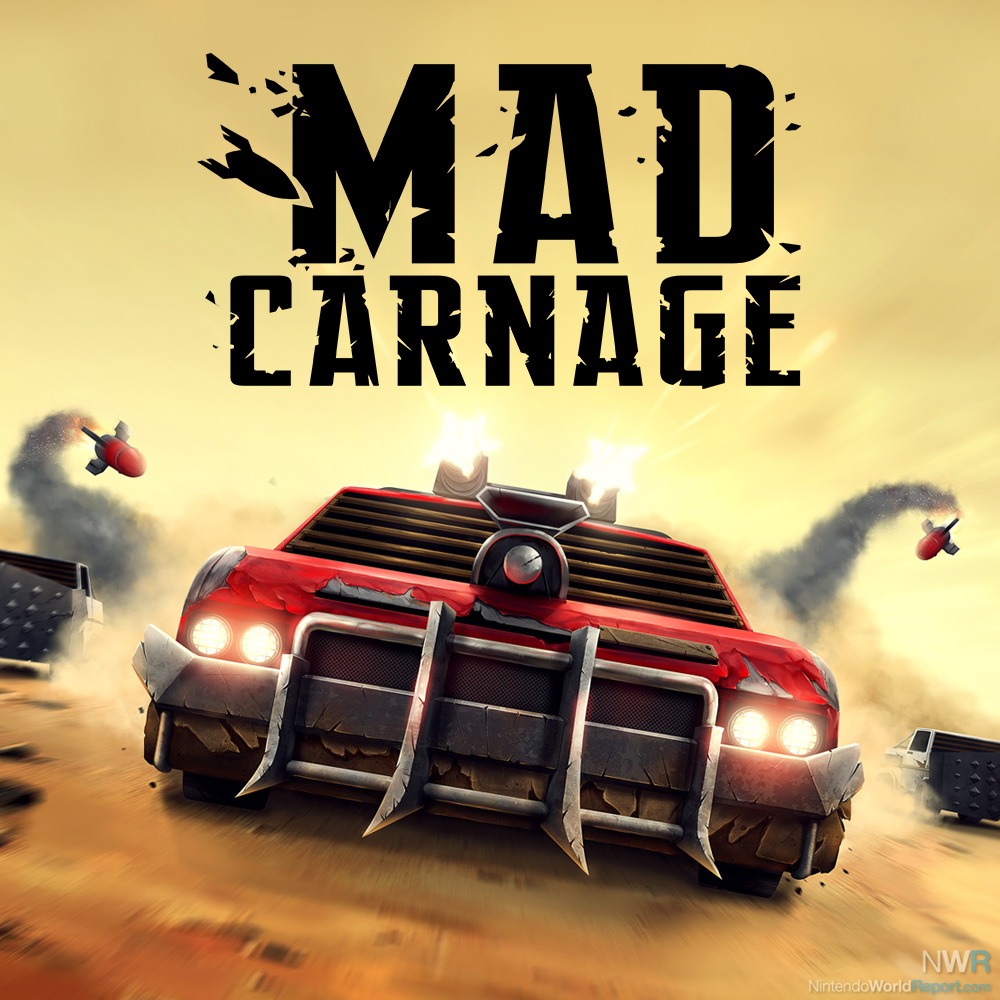 If you’ve ever wondered what it would be like to try to survive in a Mad Max-style post-Apocalyptic world Mad Carnage will let you have a taste of it… at least from a tactical standpoint. Playing out as a turn-based strategy game, in Mad Carnage you’ll need to carefully move your varied vehicular units around the map trying to eliminate your enemies while trying to keep yourself alive. The challenge is real as you’ll need to account for your angle of attack, your speed will influence your ability to turn, and each of the units has specific strengths and weaknesses. As you progress through the game’s 20 single-player campaign levels, you’ll then have an opportunity to use upgrades to tune your units to your liking and that then provides some potential for strategic diversity. You can also play in custom matches to hone your skills or get a friend to engage in some local multiplayer. - Justin Nation