Could This Be Our Dystopian Amiibo Future?

Be warned: Master Hand will turn you into a Humiibo. 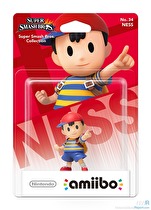 This is a new one. We got an email from John T. in Florida late last year with very specific instructions. He told us to not post the following until the futility of Amiibo reached a peak, so that way the world would believe him.

I'd say after people waited in GameStops for two hours while computers were busted might be Amiibo's futility peak. Either that or when a Toys"R"Us exclusive went up for pre-order at 3 a.m. Take your pick. Here's John T.'s account of the near future. Hopefully we can all learn from it.

The year is 2020. Nearly five years have passed since the sentient Crazy Hand Amiibo was unleashed upon the world, slowly enslaving the human race by turning everyone into mindless Mii Amiibo called Humiibo. It's peaceful now, but tragic. The only activity these Humiibo have is to be trained in Smash Bros. and maybe unlock a costume in Mario Kart. Nintendo wasn't able to integrate all of the Amiibo into Mario Kart yet. Their time ran out when Master Hand decided he was to run Nintendo of America as their inefficiency with distributing Amiibo was threatening his master plan. The shareholders in Japan weren't going to argue with Sakurai's creation; after all, he was 20 stories tall.

After Master Hand took over, the great Humiibo Wars began on August 29, 2015. Judgment Day. It was on this day that Master Hand, in his position as Nintendo of America President, manufactured the Crazy Hand Amiibo, who immediately began to transform the world's population into Humiibo, ensuring that all they could do is play Smash Bros. and, if they were cosplaying as Fire Emblem characters, be used in Code Name: S.T.E.A.M.

After Crazy Hand's attack, the Nintendo Network grew sentient and took control of the world's communication, albeit poorly as voice chat still isn't properly supported. The growing population of Humiibo lived in the Nintendo Network, specifically in WaraWara Plaza, where they were limited to communicating with simple drawings and heavily censored phrases.

I am a member of the resistance. We're hiding in what's left of Microsoft's headquarters in Redmond, Washington. Using the power of the cloud, we used the Xbox One to send back union leaders to 2014 to start a port strike to restrict the sale of Amiibo in America. I assure you: this is for your own good. If Amiibo become too successful, then Nintendo will make Master Hand a reality. If that happens, you will be powerless to stop Judgment Day.

If you're reading this in the past, please don't let Judgment Day happen. You must resist the collectable power of the Amiibo. Use that money on games. Instead of dropping $800 on Amiibo, just use that money to buy every game Nintendo released in 2014. You might still have money to spare. By all means necessary, avoid the grasp of Crazy Hand. When that son of a bitch has you, you become a mindless Humiibo, just another cog in the Nintendo Network, helpless to do anything but unlock a bonus in Hyrule Warriors and Mario Party 10.

I want to diverge to a timeline where this darkest timeline doesn't occur, think John T can help me with that?

I want to diverge to a timeline where this darkest timeline doesn't occur, think John T can help me with that?