The latest Club Nintendo Rewards can be seen in this week's episode. 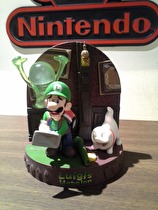 This week I show off some of the latest rewards from Club Nintendo. I've been holding on to some of these for a few months waiting for the right time to release this special episode, so I hope you enjoy. The fact that the Club Nintendo 2014 year-end rewards were announced this week is a complete coincidence. Enjoy!