Check out the wide variety of new games ranging from farming to dating out in Japan this week! 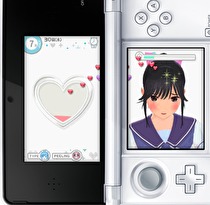 This might be the first week ever that the Nintendo 3DS hasn't received any additional Virtual Console games to help bolster the already impressive line-up of classic games on the service. Despite this, there are still some solid titles releasing on Nintendo’s home console and handheld. New Love Plus + gives 3DS owners another chance to find the girl of their dreams - digitally of course. The game is an enhanced version of the 3DS release from last year that still allows players to court, touch and this time even go on short trips with their girlfriends.

If that doesn't tickle your fancy, the Wii U is getting some love on both the Virtual Console and download space. Cloudberry Kingdom has finally made it out here in Japan to help build up the small number of downloadable titles on the console. The last mainline Nintendo released Final Fantasy title, Final Fantasy V, also made an appearance this week leaving Final Fantasy: Mystic Quest as one of the next, and possibly only, Final Fantasy title left to be released on the Virtual Console. For a complete round-up of everything released this week, be sure to check the software out below!

Oh how I wish these SNES FF classics could come stateside!  The Gamepad would be PERFECT for them.

I was recently thinking that the SNES Final Fantasy games would be great on Wii U Virtual Console - but even better would be getting the GBA releases on 3DS Virtual Console.  At least the Wii Virtual Console still has some great options, even if it is less convenient to play using a separate controller.


(Selling my GBA copies of FF5 and FF6 after beating them is probably my biggest gaming regret. Would love to still have those games now.)