When are we getting the Zumba Fitness/Call of Duty crossover? 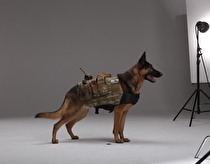 Unlike the past few weeks, this week is relatively quiet, with the one exception being Call of Duty: Ghosts. Whatever you think about the series, it really is nice to see another big third party release on the Wii U. With so many publishers foregoing the console, Activision gets my approval for bringing Ghosts to the Wii U.

So from what I can gather, Ben 10 is about this kid, named Ben, who can turn into alien creatures, in order to fight aliens. That is pretty bad-ass. This is just what the Wii U needs right now. This will sell 1 million units within the first day of release. I said it, so now it will happen.

Like it or not Call of Duty is one of the biggest gaming franchises out there. I know many of you reading this think it is stupid and uncreative, but so is your face. Ha, take that. In all seriousness though, Ghosts will most likely be offering one of if not the best first-person shooters this year, and will feature some of the best online multiplayer to be found on the Wii U.

I've always wondered if you actually get any real exercise playing this game? I mean are you just flailing your arms around like Kermit the Frog, you know when he gets upset, or is there real merit to the workouts? Find out yourself this Tuesday.

The Wii Version of the multiplatform game.

More Zumba-ing but on the Wii.

This is one of those games where it is on almost every Nintendo platform. As you can see it is coming to the 3DS.

Based on the popular online game, Moshi Monsters: Katsuma Unleashed is a 2D platformer for the 3DS. Apparently it isn't that bad either. Our reviewer Kimberly Keller gave it an 8. I reviewed a Moshi Monsters game once but had quite the opposite experience.

Did you know Power Rangers was still a thing? I didn't. They even have a new game for the 3DS. I still don't know what in the hell they are fighting, but supposedly it must be important if it got its own game.

This is the same game that is being released on the 3DS, though it is $5 cheaper, and maybe a little less spiffy looking.

What looks interesting this week? Let me know if/what you will be picking up within the next few days.

Is the single player still spawn-enemies-until-checkpoint-is-reached? Probably my biggest complaint against the game.