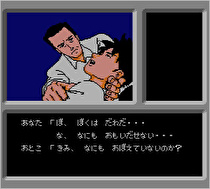 Although the Wii U firmware update and Wii U Virtual Console are arriving sometime this week, Nintendo has been really tight lipped in revealing any details here in Japan. Regardless, the eShop on both platforms are pretty loaded with all kinds of content this week. Pokémon Rumble U is out, more retail games are available on the 3DS eShop and a Nintendo developed detective game directed by Gunpei Yokoi and written by Yoshio Sakamoto hit Nintendo's digital shop today. For a full look at what was released today, check out the releases below:

Immediately following the Nintendo Direct craziness last week, Nintendo put a decent amount of new related videos on both eShops. Of course, the entire conference is available to view as is a video for Digimon World Re: Digitize Decode for 3DS. Gamers can also download 3D videos for the upcoming 3DS The Legend of Zelda (known as A Link to the Past 2 in Japan) and the Namco Bandai/Disney Japan developed Disney Magic Castle: My Happy Life.

After that, there are gameplay videos for the Simple Series titles that were reelased this week, Art of Balance Touch, Tamago Dai Bōken, Adventure Island 2, Famicom Tantei Club (which is a joint effort between Gunpei Yokoi and Yoshio Sakamoto) and yet another video for Chari Hashi DX. Chari Sō DX (BikeRider DX) has been featured on the eShop for several weeks now. It’s kind of driving me crazy, but at the same time, I’m wondering if I should cave in and just buy the 3DS version of the game already!