Getting to Know Your Smash Bros. Collaborators

So what exactly have Masaya Kobayashi and Yoshito Higuchi of Namco Bandai done before they teamed up with Sakurai for Super Smash Bros. Wii U and 3DS?

During the recent Nintendo Direct, Nintendo revealed that Masahiro Sakurai and his team at Sora were teaming up with Namco Bandai to work on the next Super Smash Bros. games.

The two names that were highlighted were Masaya Kobayashi and Yoshito Higuchi. Following the event, Sakurai and Kobayashi released statements about the collaboration, and Kobayashi explained that, in addition, Tetsuya Akatsuka and the main development staff from the Tekken series were also working on the game. It's reasonable to ask what these guys have done in the past, and if their pedigree seems worthy of Nintendo's beloved franchise. 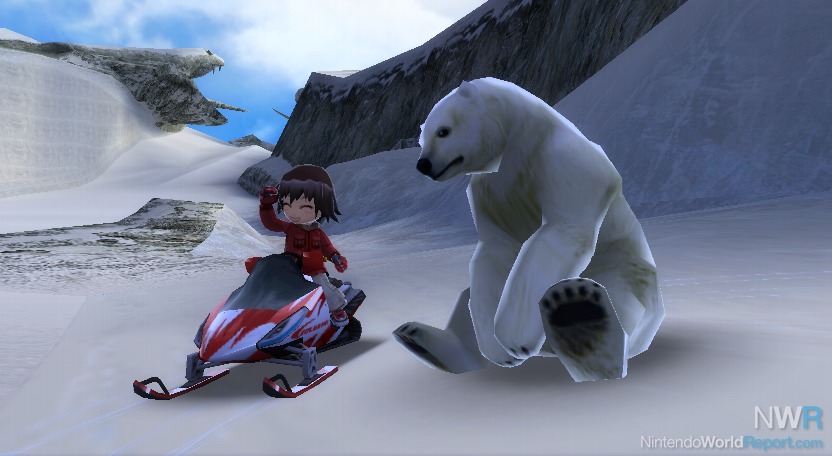 Kobayashi's most recent work was Go Vacation, an extremely well-received mini-game collection for Wii. It was the spiritual sequel to two other Kobayashi-produced titles: We Ski and We Ski & Snowboard. He was given freedom to come up the idea for We Ski on his lonesome; he was just tasked by the higher-ups at Namco Bandai to make a game for Wii, and he wound up coming up with a solid skiing title and a new IP. Before that, he worked on three Ridge Racer games: Ridge Racer 7 (PS3), Ridge Racer 6 (Xbox 360), and Ridge Racer (PSP).

Yoshito Higuchi has vast experience with the Tales series, first working on the series in 2003 on the GameCube classic Tales of Symphonia. He later worked on Tales of the Abyss, which was ported to 3DS, and Tales of Vesperia. He also was involved in Tekken Tag Tournament and Soulcalibur Legends.

The third name mentioned is Tetsuya Akatsuka, who's earliest known work is Soul Blade, the first entry in the SoulCalibur series. He then went to work on the Tekken series (Tekken 3 and Tag Tournament) before moving on to work on SoulCalibur II, III, and Legends. He also worked on Tales of Vesperia with Higuchi, and recently directed Mobile Suit Gundam: Extreme Vs. 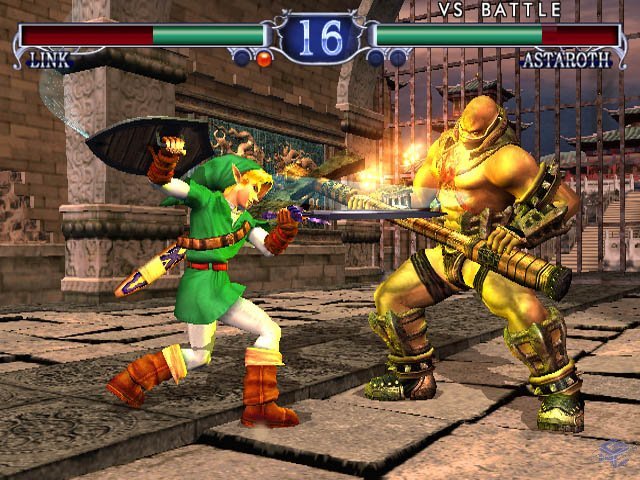 Kobayashi's statement also refers to "the art director/sound director of the "SoulCalibur" series," who appear to be Masashi Kubo (art director) and Junichi Nakatsuru (sound director), who worked on a variety of SoulCalibur games together.

Pac Man is a nobrainer...

I'll just post what I posted under the other article: Getting people that know how to make fighting games involved in your fighting game development is a good idea. And historically has been!

I'll just post what I posted under the other article: Getting people that know how to make fighting games involved in your fighting game development is a good idea. And historically has been!

Agreed! This is going to a collaboration to be remembered for generations!

With these guys we might have real hit stun again, true combos and who knows what else?! Most importantly I feel like these Tekken guys will make sure the game will be as balanced as possible especially since Sakurai has expressed that he doesn't want to do all the balancing himself again. Not to mention big bully characters like Bowser might have a real chance this time around competitively. I don't know why Link is always balanced by someone else out side of the team but that needs to stop, maybe now it will.

I also agree. I've been saying this since the announcement. As talented as Hal Labs and Game Arts are, the Tekken team is simply more qualified to make a fighting game due to experience. Smash Bros. may not be a traditional fighting game but it demands the same precision and balancing that a traditional fighting game demands. I'm not even a Tekken fan. I never got into the series because I'm awful at fighting games (though I still find them fun and enjoy watching matches). From what I've read, there probably isn't a better team Nintendo could have enlisted to make these new games. Like Caterkiller said, characters like Bowser might actually stand a chance in these new Smash Bros. games.

Geez, I leave town for a few days and Nintendo hires Namco's fighting division to work on the next Smash Bros.  I knew something big would happen while I was away.

Anyway, this is great news since it means development will go much quicker now.  The people at Namco have a lot of experience with making HD fighting games and it'll help make the character designing go much faster.  Sakurai loves to make his games take full advantage of the system their on power at the time of development.  Melee was one of the best looking launch window Gamecube games, Brawl was one of the best looking Wii games and Kid Icarus Uprising is currently one of the best looking 3DS games.  Since the Wii U is more powerful since the 360/PS3 which were much more complicated to develop for then the Gamecube, getting a Smash Bros made for the Wii U with around 50 characters and graphics that really push the system is going to be quite a task.  But with a team very skilled in development of this level tech, it won't too much for them.  Before I thought the Wii U version wouldn't be out until Fall 2015 or even Spring 2016 but now it could end up making a Fall 2014/Spring 2015 instead.

Of course with Namco involved I can guarantee that Pac-Man will be playable now.  Sakurai has made it clear that he mostly wants popular and iconic characters in Smash Bros and Pac-Man is the most popular and iconic Namco character there is.  The original arcade game is still heavily played and downloaded by millions around the world so his popularity is still very relevant as well.  If Namco wants to get a character in Pac-Man will be the one Sakurai demands they put in.

I really wouldn't expect much more from Namco in terms of characters though.  Even though Namco is developing it Sakurai is still in charge and he's made it clear he perfers Smash Bros to be a mostly Nintendo event.  The only other Namco character I could see getting in is someone from Tekken since Tekken has been the most popular tradition fighting game series since the late 90's.  Seriously, Tekken has still been very strong around the world and commands a huge fanbase.  The last game in the series, Tekken 6 has sold over 3.5 million copies since its release in late 2009 and the game before that, Tekken 5 sold over 6 million copies.

Namco doesn't really have a 'fighting game division' - Soul Calibur and Tekken are made by different teams. The guys they're bringing from Namco seem to be a mishmash or guys who have bounced around.

Wait, where did this number come from? I think that Sakurai guy was just being hyperbolic when he said he could just add 50 characters or whatever. Incidentally, I'd rather have 20 well designed characters than 50 mediocre ones.

Wait, where did this number come from? I think that Sakurai guy was just being hyperbolic when he said he could just add 50 characters or whatever. Incidentally, I'd rather have 20 well designed characters than 50 mediocre ones.

Unless for some reason they remove a lot of Brawls characters I don't see how the game won't end up around 50 characters.  The only Brawl characters I can really see getting removed are Ike and Lucario to be replaced by Krom and Zoroark like Roy and Mewtwo were for Brawl.  Well I could maybe see Falco being removed since Star Fox has lost a lot of it's popularity over the years and Sakurai might feel it doesn't deserve 3 characters anymore.  Other then that I doubt any one else from Brawl will be cut unless Sega and Konami decide to be d!cks with the licensing agreements for Sonic and Snake.

Okay, that's fair. I hope the have a more rigorous balancing and focus testing process this time. Also, the only thing I want for Christmas is a Smash Bros thread without character choice discussion, but that will never happen. :(