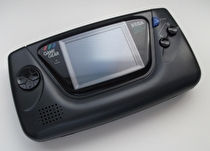 There are a few new videos for upcoming Nintendo titles that were released today. First up are two videos for Kid Icarus: Uprising. Similar to the videos that were released last week, these videos reveal a little more about various aspects of the adventure, this time talking about the hearts in the game as well as the different options for customizing the controls. Nintendo also released a lengthy video (over six minutes long!) for Fire Emblem: Kakusei. The video, which you can find below, talks about different enemy types, battle tactics and more.

There were quite a few releases this week. Even though the rhythm game Dōpa Mix from G-Mode was tempting, I decided to pick up The GG Shinobi this week. I had a Game Gear years ago but only had a handful of games for the system.  Being mainly a Nintendo fan growing up, I missed out on many franchises that were Sega exclusives, including Shinobi. Picking up Shinobi today gives me my first chance to own and play a title from the franchise.

Although the Game Gear brings the same kind of options that we find in Game Boy and Famicom Virtual Console titles (save states, etc), it is worth mentioning that the Game Gear platform brings a lot more to the table in terms of customization. There are a few different options when it comes to the display. Players can choose to view the game in Normal mode (the game is blown up a bit on the screen), Full (uses the whole screen), or Dot-by-Dot (the original resolution with a Game Gear overlay). Playing the game in Dot-by-Dot mode gives players more choices as it gives them a Game Gear overlay (displayed in 3D, with the back layer featuring the game screen and the front two featuring the handheld) and the option to choose from one of four colors – black, blue, yellow, or red. Players can also fully customize the controls to their liking. For example, you could map 1 and 2 to the shoulder buttons and then make all of the face buttons the start button. I don’t know why you would want to do that, but the ability to change things around so much will surely please those who want more customization with their Virtual Console offerings.

With my short time with The GG Shinobi, I mainly played the game in the normal viewing option, as I found the Dot-by-Dot mode to be almost too small to make out everything on the screen. The controls are simple, with A defaulting to the 2 button and used for attacks, and B the 1 button, which is used for jumping. Y is assigned to the start button from which you can choose different ninja characters you have freed. For being in control of a ninja, the game feels a little bit slow as you move him around at a leisurely pace. The game isn’t super difficult and the enemies also move pretty slowly, too. After beating a stage, you unlock another ninja of a specific color, each of which has their own weapons. For example, the pink ninja I unlocked early on can throw bombs. Overall, The GG Shinobi isn’t perfect and be somewhat clunky. For 300 yen, though, it’s not a bad choice and kind of makes me want to check out the full 3DS retail version of the game from late last year.

The pixel-to-pixel aspect ratio must be TINY!
Still, nice to hear about all those customisation options.
Finally we're getting features from emulators 10 years ago!