Submarines, puzzlers, and idols, oh my! 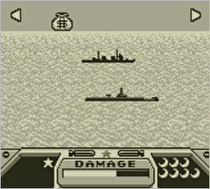 It's another great week of downloads in Japan for the Nintendo 3DS as Nintendo has pushed out another Virtual Console game, a first party 3DS downloadable title, and more. Here is what hit the eShop this week:

There is not much of note in terms of video content this week. The eShop has a few new spots for streaming video, one of which features a 3D streaming video of Hiku Osu, and another that contains two 2D streaming videos for the upcoming title from Namco called Go Vacation. On the surface, this just looks like another party game that companies have been dropping on the Wii this past generation. However, the nearly three-minute long trailer makes it seem as if there is more to this game, including an overworld to access the 50 mini-games available on the island. Please feel free to read Nathan Mustafa’s preview and expect more information on the game very soon.

As usual, Nintendo Video and Itsu no Ma ni Terebi consistently deliver new content. Over the weekend, while checking out Itsu no Ma ni Terebi, I came across a program that I hadn’t seen before. It is called Suppin Nitteligenic. The term, “Nitteligenic” is basically a combination of abbreviation of Nippon Television (Ni Tele) and the word telegenic. In Japan, these girls help promote various things while wearing bikinis and/or skimpy clothing. The show that I watched over the weekend had two different episodes, one of which consisted of one of the idols giving tips to girls on how to make their bust size appear bigger than it really is by wearing certain kinds of clothing. The episode on Sunday had one of them doing a handstand while wearing a bikini. This is Japan, ladies and gentlemen.

Unfortunately, I was not able to pick up Hiku Osu this week in time for the update, but I did buy Radar Mission and played it for a little while. I played this game quite a bit when I was younger, and always had fond memories of it. It still holds up as a solid title and gives you two different modes to play through. Game A is more or less a battleship clone where you place your battleships on a grid, and then try to guess where your opponents ships are. Game B is a little more interesting and more action oriented. The game puts you in control of a submarine where your goal is to eliminate as many enemy ships as possible before an identical enemy submarine takes out all of your fleet. It can be pretty intense and is a great addition which could keep gamers coming back for high scores.

Next week, I’ll have some impressions of Hiku Osu and let you know how the new puzzler developed by Intelligent Systems plays.