Four score and many PAX Easts ago… 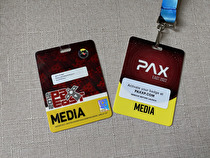 My first was, as you see in that lede, a decade ago (recap here). I was 17, still in high school, and had been on staff at Nintendo World Report for a few months. 10 years later, I’m a legacy staffer who spends most of his time working in a career that this very site prepared me for. I’m buying a house and getting married. My back hurts (haha).

As you can imagine, I’m bringing a lot of wistful feelings to the door. I love this Boston convention; it’s the first time I really connected with people about this shared love of video games. On the other hand, I’m also no longer wide-eyed about it; you love seeing other people go “woah, look at this!” but can’t help reflecting on the idea that the last time you felt that at a PAX East was two U.S. presidents ago.

But it’s seeing other people get wide-eyed that I’m overjoyed a PAX was pulled together at all. There was a show floor as well as panels, merch, board games, and Penny Arcade-themed activities just like previous years. The show required vaccines and masks, so I was happy people were allowed to safely (in so far as you can be safe at the moment) have fun in this way after the last couple years. I’m optimistic about the future of the show.

I wouldn’t be surprised if some folks were disappointed by it, however. It was a smaller PAX to be sure. Some of the major merch vendors were missing, and it felt like there were overall fewer people there (a good thing, and may have been by design to some extent). 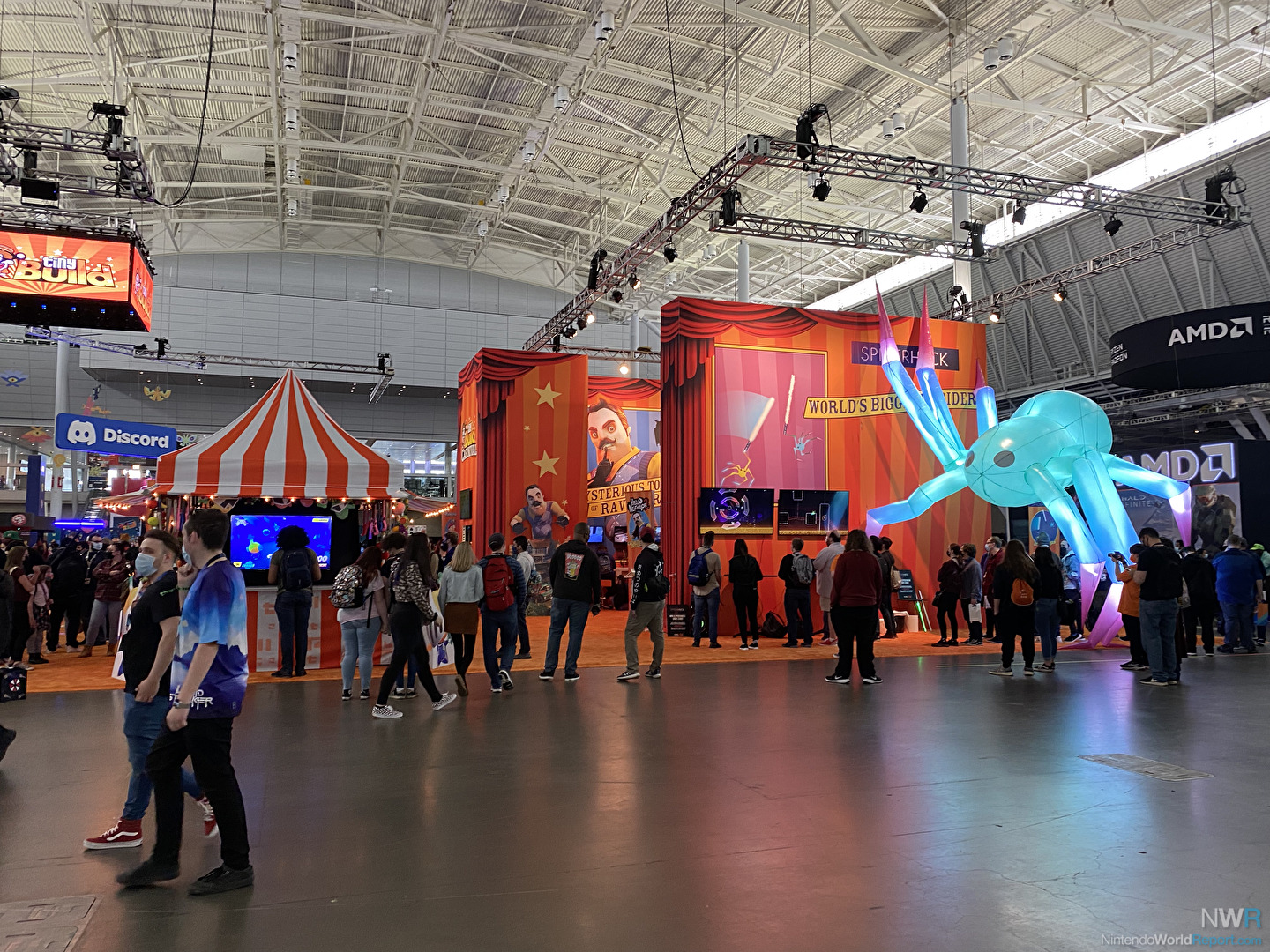 Additionally, the number of AAA game publishers at the show was effectively zero outside of Embracer Group companies like Gearbox and, if you include them, XSEED. No Nintendo, Microsoft or Sony to speak of. You go down the escalator and see Thunderful in a spot where you might have originally seen one of the “big three.” Other indie publishers like Wired Productions, ysbryd and tinyBuild now have some of the larger booths on the show floor.

I kind of loved this, as the smaller publishers and indies are a major reason to go to PAX. The result is that, at least anecdotally, the longest lines I saw were for games like Teenage Mutant Ninja Turtles: Shredder's Revenge and World of Horror.

Big publisher presence or not, I’ll say this: PAX East 2022 spoke to a larger trend of “big budget indie” proliferation.

A bunch of the games, like Wired’s recently-announced Gori: Cuddly Carnage, had the scope and vibe of a PlayStation 3 retail game (this is a compliment, to be clear!). I was told by one of the folks at the Limited Run booth that the new Kao the Kangaroo game would take around 8 hours to beat (not counting extra stuff like 100% completion). That’s the scale of an old-school big box 3D platformer – and it plays as good as one too. This kind of thing was seen across the show floor, though there were plenty of smaller indies, too. 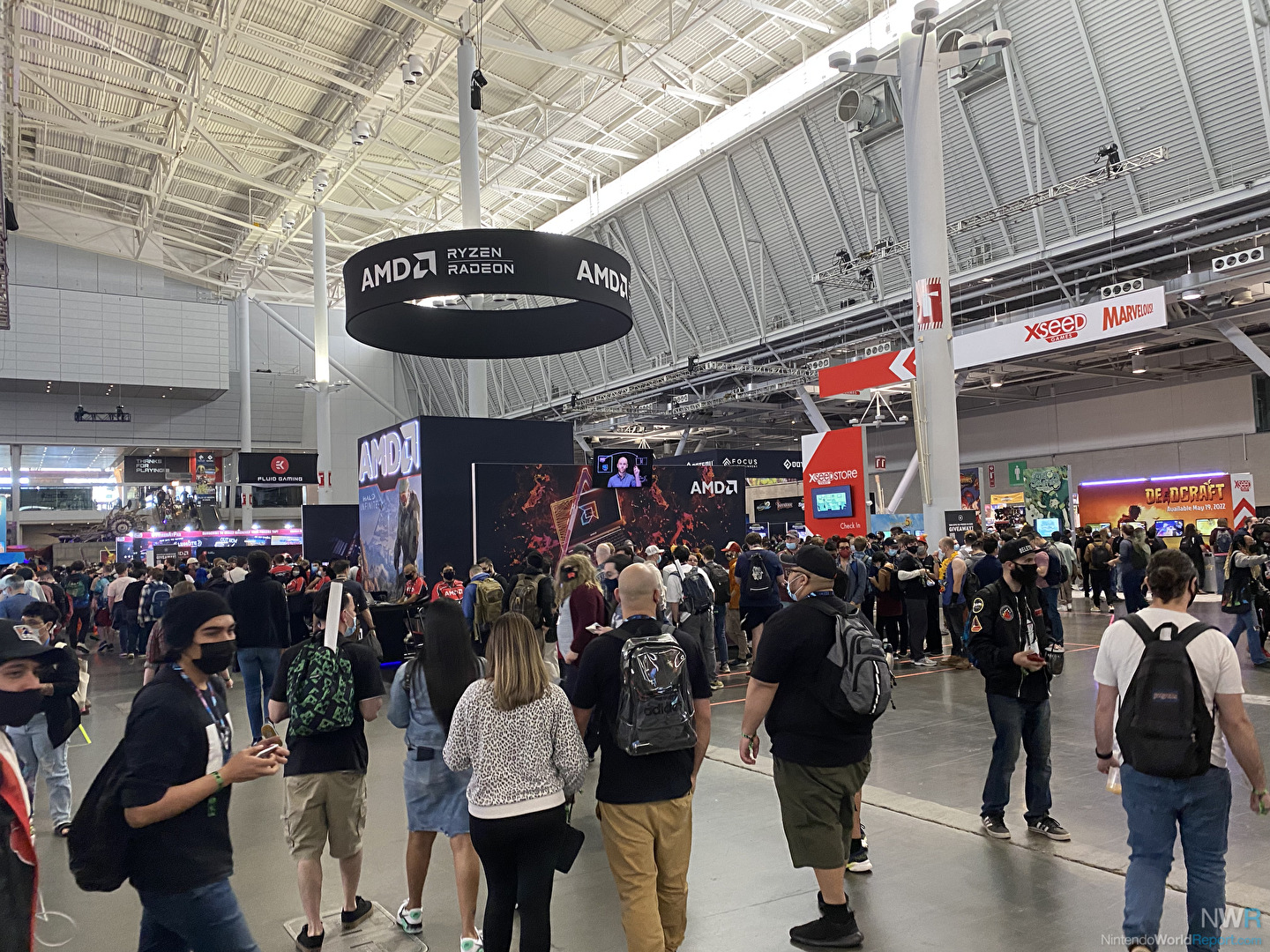 I think there are several reasons for this rise of the “big small game:” the ever-rising popularity of indie games, smaller publishers providing new financial opportunities to developers, and the apparent unsustainability of expensive AAA game development, to name a few. Many of the games I played were made by teams ranging from “mostly one guy” to a couple dozen.

I wanted to touch on one more explanation for this rise that I heard from more than one developer I spoke to, and it involves the pandemic.

In early 2020, many companies and jobs had to switch to remote work – including game development. As a result, the market for talent (including both contractors and fully employed team members) increased. It makes it easier for teams to get the developers they need, and it makes it more possible than ever for creatives to make a career developing video games no matter where they are.

All games and teams are different, but I heard something like this enough this past weekend to feel there’s some validity to this idea.

The conversations that lead to insights like this are why I still cover PAX even after moving on to a career in another industry where I do pretty much the exact same thing. In 2012, I went to PAX for its community and as an opportunity to play a bunch of upcoming video games. I still like those things, but my favorite thing at PAX 2022 was to talk to the people making the games I’m going to be playing 6-12 months from now (or longer).

Hopefully next year I can see some folks I haven’t seen in a few years, but in the meantime, this PAX was pretty good.

If you want to read more about the specific games I played, here’s a roundup of my favorites!