Pokémon Legends: Arceus: Is The Pokémon Company Lying To You? The Answer May Surprise You!

Yes. The answer is yes.

My shift key is extremely tired; it is a totem of my rage, mechanical and metaphorical. It served as the receptacle for my frustration. The caps lock key is for people who pretend to be angry, the shift key is for patrons of poisoned passion.

What has created such venomed words, and such humored blood? A Pokémon trailer.

I’m hardly the first person to find myself ejected into an escape velocity fueled entirely by enmity from a Pokémon trailer, but I’m the first adult to get upset at a Pokémon trailer. As a pioneer of an unknown world, it is appropriate I document how we arrived at this inauspicious incident.

The Pokémon Company yesterday released a new “found footage” trailer to promote next year’s Pokémon Legends: Arceus, the “more open” Switch game set in a thin proxy for anime feudal-era Japan. It’s an unexplored era for Japanese media, being the setting for only 90% of printed content, 92% of animated content, and 55% of live action content produced by the country.

The game is set in the “Hisui Region,” which The Pokémon Company has helpfully informed us is “the name of the Sinnoh Region while it was being settled.” Sinnoh is, of course, the setting for Diamond and Pearl, which are getting a remake next month. We call this brand synergies, but I call it a brand travesty!

Why? Well, after four paragraphs of pointless exposition, I’ll explain. First and foremost, it is entirely unclear how one would produce a “found footage” trailer of the Hisui region. To be clear, they named the video “Rare footage of the Hisui Region discovered.” This puts us squarely in the feudal era, there should be no video recording devices. Our presenter does try to defang this criticism, calling the camera a “strange device.”

Let’s accept, but purely for the purpose of continuing this criticism, the unacceptable: somehow our feudal era explorer came into possession of a camera of some description. Given this is found footage, the most likely cause is a witch, but that’s immaterial. 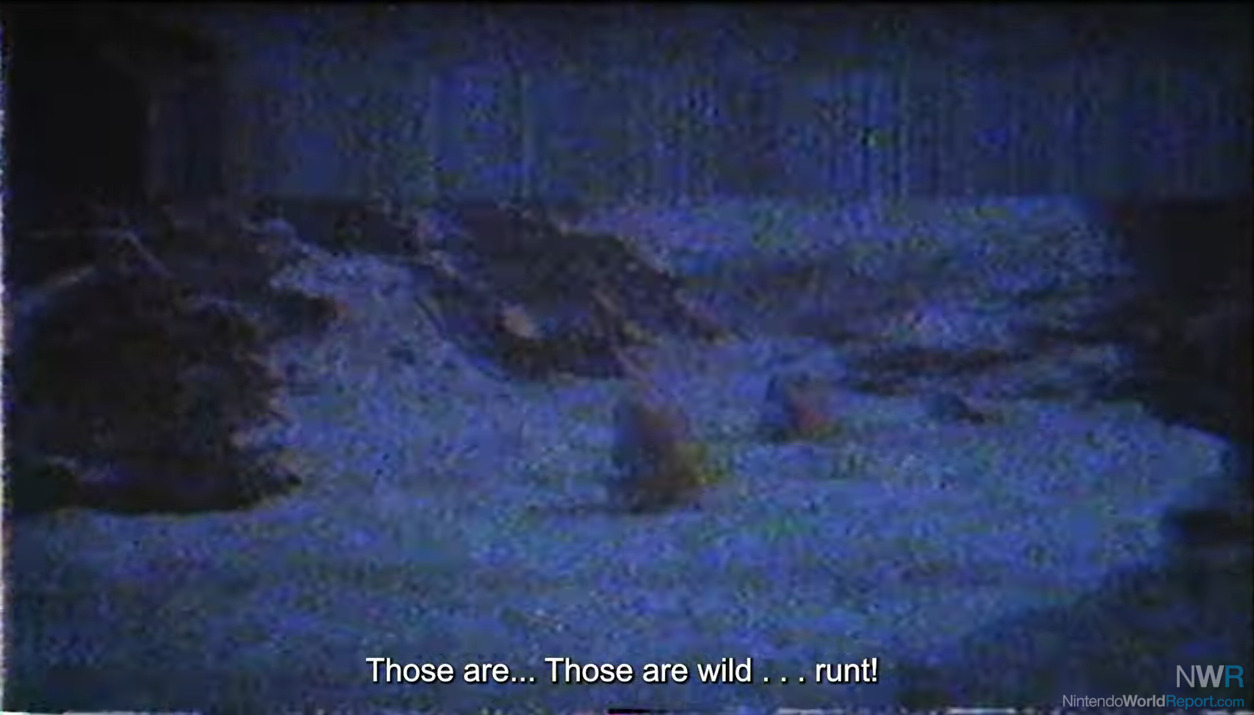 He is clearly already somewhat adroit at using this “strange device,” cleaning the lens, consistently keeping what he’s shooting in frame, despite the constant static and other artifacts obscuring his video. At a minimum he’s figured out what it’s for and how to use it. The question is why bother?

You don’t shoot video to watch it on the camera; even the most primitive home cameras were meant to be shown on a different device. To borrow a phrase that it’s unclear if our feudal era friend would follow: the juice is not worth the squeeze. By his own words, we know he’s trying to “document” this area. He intends to distribute his video into a society with no means to play it.

It’s possible he’s just an idiot, and completely ignorant of videography devices that are common in his era. His designation of a “strange device” could make him the subject of mockery in his own time, but given what The Pokémon Company has told us about Hisui this seems unlikely enough we can ignore this possibility.

This man is dealing with technology he should not have, and if you’ve failed until now to notice who wrote this article you’re probably just realizing that I’m going to continue to prove it.

When this footage was “found” what condition was it in? The Pokémon Company is awfully quiet on this. Given that Hisui is just the old name for Sinnoh, I would expect this kind of artifact to have been discovered some time ago, and yet it is found today, a mere month before the release of Shining Diamond and ...something Pearl and a few months before Pokémon Legends Arceus. Every found footage event has included documentation on the discovery and condition of the footage. The Blair Witch gives us both context of where but also when the footage was discovered, contextualizing both the loss and the discovery.

Was the “strange device” discovered alongside the footage? What if it were some dead-end video format that nothing could play in modern Sinnoh? We just don’t know, and that erodes the ability of the audience to accept what’s being presented.

But clearly, the video is highly degraded. Constant static and other effects break up the narrator’s voice, and video artifacts distort and sometimes completely obscure the view. I’ve seen these artifacts before… in Adobe After Effects. Let’s continue to accept the premise of the found footage as valid, did he also edit his video on the strange device? Is he an experienced video editor? What “strange device” did he use to do it? Does this proxy-camera allow in-device effects? Was he hunting for clout by creating a cryptid video, and knowing nothing was there decided to layer in effects to obscure the nothingness in mystery? Why doesn’t this video have a thumbnail with his face acting surprised, but not in a natural way - in the way no human has ever emoted ever. In history. Ever?

And, of course, what happened to our host? If this is indeed his found footage, right as he discovered this mysterious Pokémon: white fur, yellow eyes, and a red-tipped tail, did it kill him? Did he die? Why did he abandon his footage?

We hear him note that the "adorable" creature was turning this way, a struggle, the sounds of panic, and finally a collapse. The last sounds are the crushing of snow under the feet of an unseen assailant. A murderer.

Was his body discovered next to it, and the discoverer just desecrated his grave? You’re not allowed to do that, unless you go to school for four to twelve years and study grave desecration. The only acceptable answer is that the body was gone. Eaten.

This unknown Pokémon, white maned, yellow eyed, and with a flaming red tail, is a maneater. 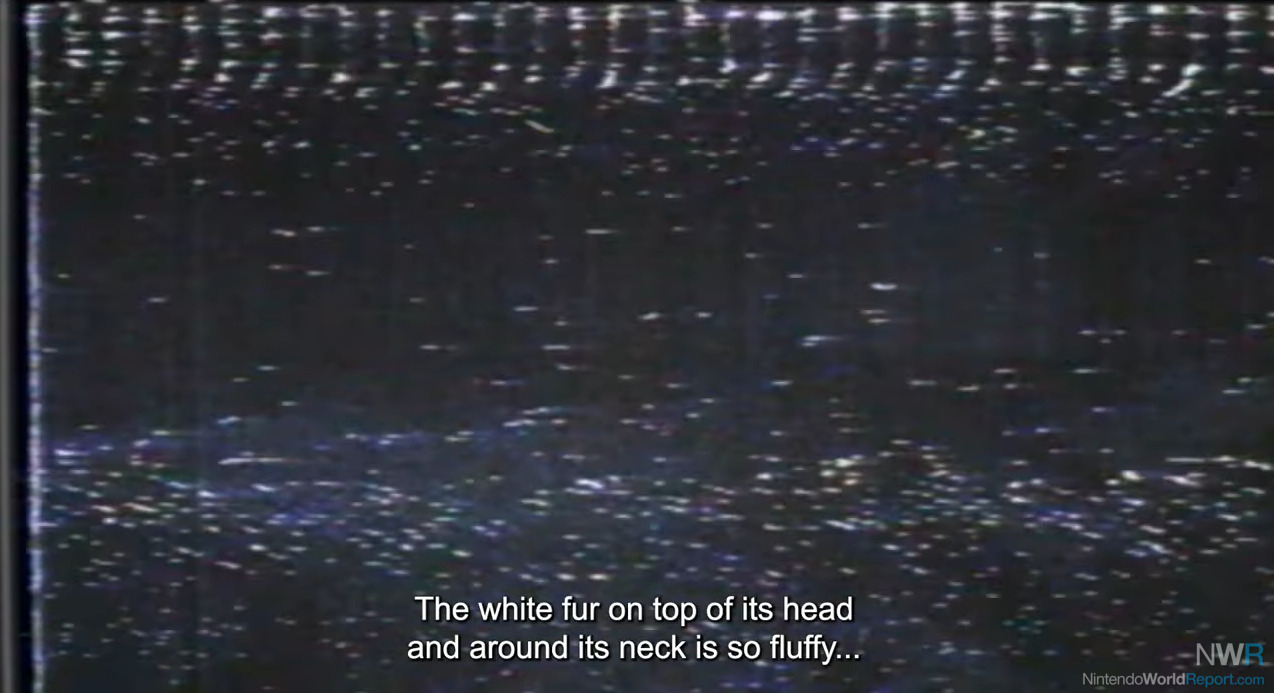 A murder set only to sound.

So, we’re arrived at a conclusion. There are two options. The Pokémon Company’s preferred narrative is as follows: A man in the early settlement of Sinnoh, then known as Hisui, discovered a video recording device that was out-of-time - let’s say it was deposited by a time travelling high school girl, something Japan is apparently plagued by. Unsure how to use the device, he spent time practicing before climbing Mt. Coronet to document the “mysterious air.” He’s possibly an idiot, which might reopen our previous theory, because he’s baffled by Snowrunt being present in a cold environment - apparently unable to understand the pun in the name. He would be slapping his head later, if he hadn’t died. He then discovered the above unknown Pokémon, his filming ceased, and was discovered centuries later - presumably separate from his body.

I’ve seen a lot of thinly premised films, but our narrator’s declaration that the camera was a “strange device” gives the game away. This is clearly the voice of the writers’ room. I think we’ve been lied to. This isn’t found footage. This man died making a modern Pokémon commercial and The Pokémon Company goes and tries to recast their shame as found footage. And now? Now there's a killer loose in Sinnoh, and they cover it up.

I hope this is a hint towards Legends containing time travelling antics and wild paradoxes, and not a poorly thought out, poorly executed marketing gimmick.

I hope this is a hint towards Legends containing time travelling antics and wild paradoxes, and not a poorly thought out, poorly executed marketing gimmick.

It's definitely the latter.