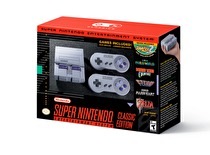 But first, let’s look at the price. The Super NES Classic will be $80 - a marked increase of the $60 NES Classic. The NES Classic essentially broke down to $2 per game and the SNES Classic, with 21 games, is at about $4 per game (or technically $3.81 per game). However, the Super NES Classic comes with a second controller, so despite the $20 increase and nine fewer games, it’s still a pretty good deal all things considered (especially since the extra controllers for the NES Classic were harder to find than the system itself). That deal is even sweeter when you factor in the never-before-legally-playable Star Fox 2, the massive RPGs that are EarthBound, Final Fantasy III, and Secret of Mana, and the missing Virtual Console games like Star Fox and Yoshi’s Island. 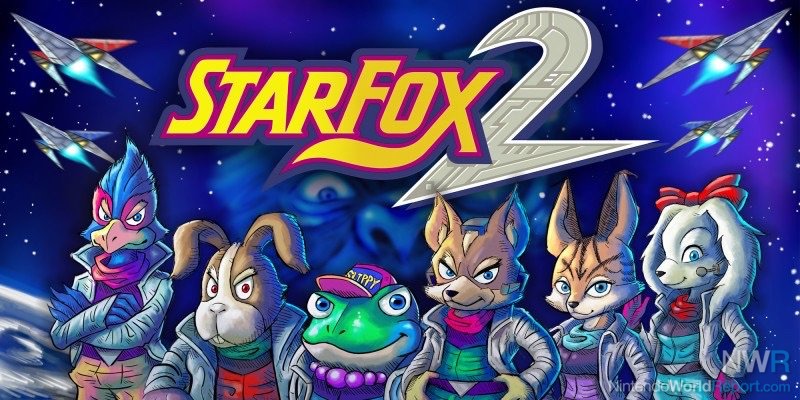 Star Fox 2 will be released for the first time ever in this console. You have to play through the first level of Star Fox, which is being re-released for the first time since its 1993 launch, to unlock it, so technically it’s hidden to start. This was supposed to a late-gen SNES game, but after development was completed, it was cancelled so as to not overshadow Star Fox 64. Elements of Star Fox 2 showed up in Star Fox Command and various versions of the game have circulated in the emulation community for years.

Our own John Rairdin did a Let’s Play of it back before Star Fox Zero came out. It will be interesting to see how Star Fox 2 on the Super NES Classic compares to the versions that have been already in the wild. 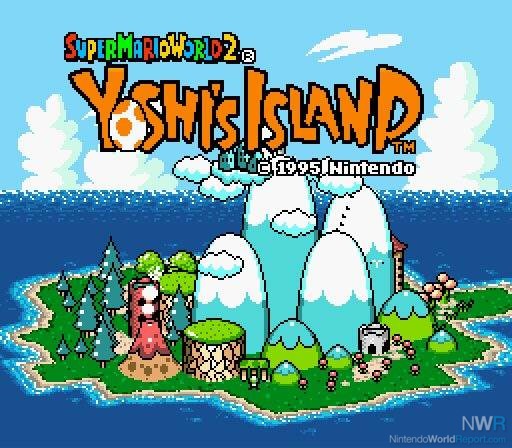 Two-thirds of the included games are from Nintendo themselves, and it’s filled with a good mix of classics. Platformers are covered with Donkey Kong Country, Kirby Super Star, Super Mario World, and Yoshi’s Island. While the former three have been re-released countless times, this is the first time the SNES version of Yoshi’s Island will be re-released. All Virtual Console releases of the platforming masterpiece have been the lacking Game Boy Advance remaster. The only complaint I can lobby at the Nintendo platformers is that I wish Donkey Kong Country 2 was the pick instead of the original.

While RPGs are probably better exemplified in the third-party lineup, EarthBound and Super Mario RPG are the best Nintendo could offer from their end here. The Legend of Zelda: A Link to the Past and Super Metroid might be two of the best games ever made, so their inclusion is welcome (and pretty much expected). I could pick a bone or two over the inclusion of Super Mario Kart and its rugged launch progenitor F-Zero, but F-Zero’s a nice historical showcase for the evolution of Mode 7 so I’ll limit my bone-picking to just one or two. 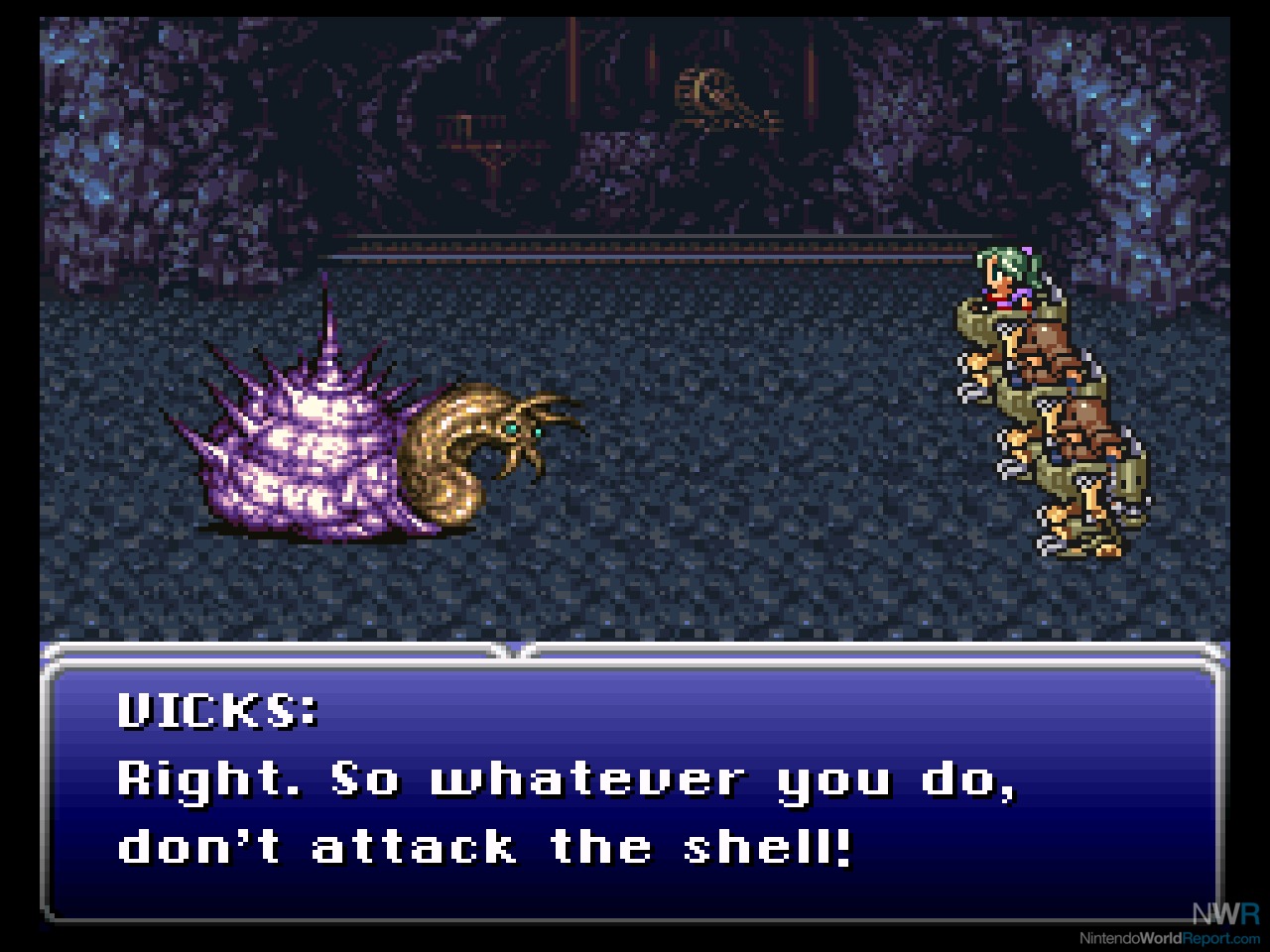 The SNES lineup of third-party games could be deeper, as it’s missing some quintessential SNES games like Actraiser and Chrono Trigger, but really, it’s got Final Fantasy III (VI) and Secret of Mana. At a certain point, you just have to be happy with what you got when you got two excellent, classic RPGs.

Final Fantasy III and Secret of Mana are Square Enix’s only representation, while Konami features two games and Capcom has three. Konami’s games are both stellar: Contra III and Super Castlevania IV. Contra III is a fantastic action game and Castlevania IV is another historical curio that highlights the technology that the SNES brought to the table back in its early days.

Capcom’s trio are what you’d expect from the company given their recent trajectory or retro re-releases. Mega Man X is probably the most classic of that sub-series, Street Fighter II Turbo: Hyper Fighting might be the best version of Street Fighter II on the system, and Super Ghouls ‘n Ghosts is infinitely better than the NES original (even if maybe some people will always hate it).

The lineup is relatively balanced throughout the life of the system (based on North American release dates). The biggest year is 1994, with five games headlined by Donkey Kong Country and Super Metroid. The 1991 launch year is the second-biggest with four games, including Super Mario World. 1992, 1993, and 1995 each have three games a piece, and only 1996, which was the year the Super Nintendo’s successor launched, is saddled with a measly two games. However, if we factor in Star Fox 2, then we could probably count that as a 1996 game and then everything’s beautifully balanced and man, the Super Nintendo was a dope system.

And here’s some other random facts: Five games use Roman numerals, with "III" being the most frequently used one. Three games feature the word "of" in their title. The word "the" is used four times, twice by the same game (A Link to the Past). Yoshi and Kirby are the only two characters that own anything in these games, though I think Yoshi got the better end of the deal as he owns an island and Kirby’s saddled with a dream course. Three games with "Mario" in the title are included. Lastly, the most important distinction: eight games feature "Super" in their title.

The only complaint I can lobby at the Nintendo platformers is that I wish Donkey Kong Country 2 was the pick instead of the original.

Yeah, I'd have liked to see all 3 Countries released. It feels wrong to release the one and not have the others. Diddy's Kong Quest and Dixie's Kong's Double Trouble don't deserve the shaft since they are both better than the original.

I am looking forward to this.  I played most of the games aside from Kirby Super Star, Earthbound, Kirby's Dream Course, Contra III,  Castlevania 4, and of course Star Fox 2.

So this will be a welcome system in my house.


And I know EarthBound gets a lot of love, but I really think it's over-rated and not that good of a game.


Overall I like the games picked. I just wish it was portable though, the Wii U and Switch have really spoiled me and I like not having to be connected to the TV to play games anymore.