Now Pokémon X and Y has its fans and its critics, but arguably one of the best new features in the game was the ability for players to customize their own trainer. At first, I didn’t know what to think of it since my character’s appearance doesn’t make even the top fifty most important things in a Pokémon game (right up there with each new generation’s version of Rattata). But in the end, I didn’t spend countless hours in the Battle Chateau earning money to buy actually useful items. That money went to new outfits and hairstyles. 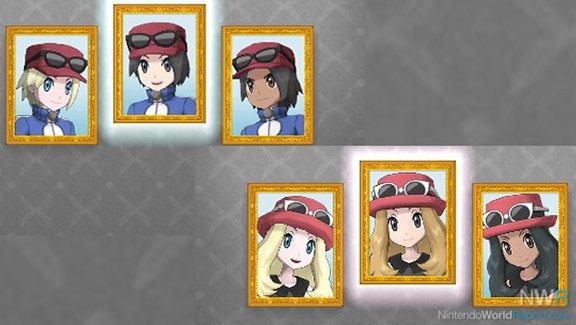 So I was sorely disappointed to find out that Game Freak decided against keeping this feature in Omega Ruby and Alpha Sapphire (OR/AS). It can be argued that the decision to be faithful to the original trainers was made in part because OR/AS were remakes as opposed to new entries, but for a game that chose to blend new features, like the Super Training and Amie, with the Ruby/Sapphire standbys, that’s hardly an argument to hide behind.

I didn’t know how much customization’s disappearance would affect my opinion of this game until I actually started playing and realized how little I cared. All of the personality in my own trainer was gone and, after the first two towns or so, the only use I had for all my money was buying up dozens of Poké Balls to waste throwing at Kyogre. And with the Game Corner also axed, developing an unhealthy Pokémon gambling obsession was an impossible substitute.

Sure, the story was still fun and I thoroughly enjoyed the redesigned landscape, characters, and 3D environment, but I started to realize I was only enjoying it on a nostalgic level. Hoenn wasn’t my favorite generation to begin with, so nostalgia didn’t hold out long and I was putting it down with ease before the fourth badge. OR/AS was a game that felt like it was moving forward by building off of what made Pokémon X and Y so enjoyable and making it better. But where the characters were concerned, it came to a grinding halt.

Customization in X and Y immersed players in a way that Pokémon had never done before, replacing the same old binary selection with hundreds of possibilities. This was right at home in a game that gave us more ways than ever to connect around the world with thousands of other players at once. Every person we battled looked different and player icons scrolling past on the touch screen showed dozens of fresh faces online at once. For the first time, it really felt like you were in a world with thousands of other real trainers and not just dumb NPCs. So why did Game Freak revisit that connectivity concept in a world that no longer allows the same diversity? Being stuck as the same two characters as everyone else localizes the game to you and your NPCs. It makes it so everyone is playing as the exact same person in the same story. With thousands of Brendan’s and May’s wandering around, the world felt a whole lot smaller. 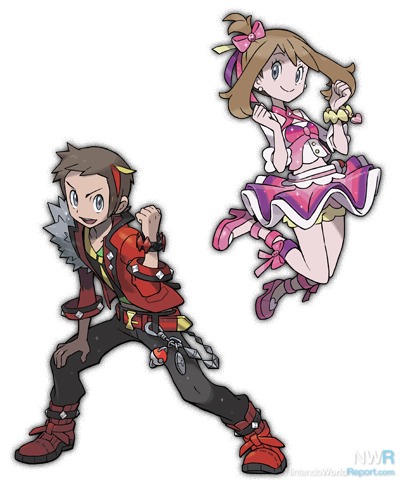 On a pragmatic level, character customization could have nicely complimented Pokémon contests. Since the developers chose to give trainers contest clothes, then it’s not a stretch to wonder if they would have made a trainer’s own custom outfit factor into their Pokémon’s contest performance. Certain trainer looks could boost a Pokémon’s appeal just like feeding them Poké Blocks. It would be another dimension of difficulty to master for those who enjoy competing, as well as just personalizing the contest further.

Hopefully, in future installments, trainer customization will make a comeback. And if there are going to be more remakes, developers shouldn't shy away from this feature in favor of the old two-character selection. Despite falling short with character customization, OR/AS showed us that even a remake can keep moving forward.

See man, that blasted Pokemon company that's how they do us fans! They always always always introduce a feature and then take it out next game! It's the most ridiculous crap ever! I have no idea their mentality since all they do is recycle everything else known to man(and at least 3 things known to monkeys) in every follow up game!


The newest Pokemon game is never the complete package. Be it trainer customization, bike tricks, Poke Walkers, Pokemon following you, and all those various ap things that started in the GBA games. Never like things in Pokemon games but the Pokemon, you'll only be hurt when they leave you in the future.

The worst part is that they were willing to waste time with dressing up a pikachu just to mock you.