While it still winks and nods at the past, DrinkBox’s debut Wii U title is an excellent example of how to make an original Metroid-like game.

This is a follow-up to a discussion on a recent episode of Connectivity. Go check it out!

DrinkBox Studio's Guacamelee, which came to Wii U last month (here's our review if you're curious), is overtly a Metroid-style affair. Right down to the Choozo statues that you break to unlock abilities, this exploration-based platformer is, in most ways, a love letter to the style of games popularized by Super Metroid and Castlevania: Symphony of the Night. But what makes Guacamelee work so well is that it's not just a shallow package meant to prey on our nostalgia. No, Guacamelee is the right kind of retro-inspired game: one that takes aspects of a classic game and genre and iterates on it in a way that makes it something wholly new.

Guacamelee wasn't the first game to do that correctly and it likely won't be the last. To a degree, Symphony of the Night did just that, taking Metroid-like mechanics and adding ample amount of RPG elements and more. Shovel Knight, another recent Wii U (and 3DS) release, also nails that magical crossroads of nostalgia and innovation. Shovel Knight makes you think of Mega Man and Ducktales and Zelda II, but it carves (digs?) its own path. 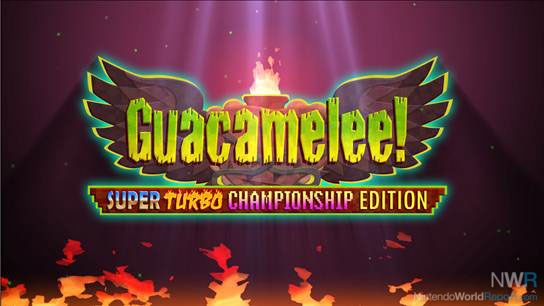 The core of Guacamelee is its combat. Exploration and platforming are a major part of the experience, but the combat and the abilities you accrue tie every element together. Nearly every ability in Guacamelee serves multiple purposes. The Rooster Uppercut not only gives you a combo starter in battle, but is also used to break red blocks and give you an extra boost in traversal. As you progress further, you can even use the uppercut with other abilities to reach even more areas.

Guacamelee constantly challenges you to use all of your abilities in interesting ways to fight enemies, discover secrets, and reach hidden areas. It's that Metroid-style design done right, and it's a triumph because Guacamelee leaves a mark on the genre, with its melee-focused combat, dimension switching, and goofy Mexican theme.