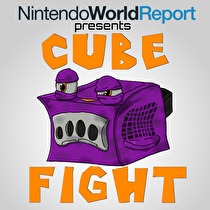 In October 2016, NWR put on the 7th Annual Podcast Telethon for Charity, an event which featured a live edition of our monthly Gamecube Fightcast, Cube Fight. In this episode, we pit Star Fox Adventures vs. Animal Crossing as we begin to wind down our first party games from 2002.

As always, each game is judged 0-10 on three categories:

Regardless of those three ratings, the two intrepid hosts will then reveal who they believe should move on in the tournament simultaneously. Will it be the mouse, or the plumber? Tune in to find out!

Look for new episodes of Cube Fight at the incredible pace of once per month. We'll see you in the new year.