Jam with the Professor: Part 1

Read as I try to convert Layton's theme into an unplayable mess of notes in Jam with the Band. 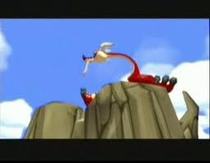 I performed music for many years, and despite that I was never any good at music theory. I primarily read the Alto clef, an oddity used exclusively by the viola that was created by music theorists to make violists feel even further isolated than they already do, and never quite developed the ear for pitch.

As a composer, I have about six movements to my name, including two arrangements. None of them are any good. Even so, I've always wanted to create music. I've played with lots of little toys, filled out lots of composition books, and even interviewed one of the men who worked on the project that created the MIDI format. With the exception of a research paper on the history of electronic music, I don't have much to hang my hat on.

I'm surprised it took me this long to fiddle with it, but something motivated me to crack open Jam with the Band's Studio Mode.

Studio Mode allows you to create music that you can then play in the game. Nintendo allows users to download approved (licensed) songs that other users have created. I was very impressed with some of the creations available, including a pitch-perfect rendition of the greatest Nintendo theme of all time, Dragon Roost Island theme from Wind Waker.

I began to wonder "why can't I do this?" While playing 48 hours of Layton the idea took root.

I greatly enjoy the music from the Professor Layton series. It’s quite a bit unlike what we’re used to getting from a game’s score. It should be expected; the series itself is quite unique. 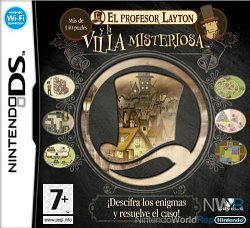 Tomohito Nishiura’s compositions are generally examples of the French Bal-musette style, which typified popular Parisian music beginning in the 1880s and remained popular until the 1960s. The style was most popular in bars and cafes, hence the name, which literally means "a dance hall in which music is provided by an accordion." 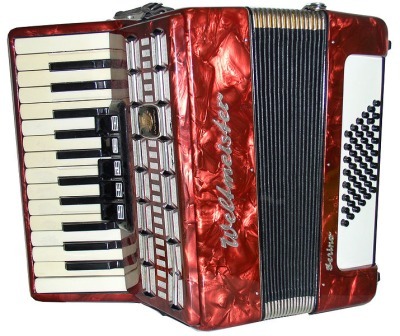 An accordion. Cafe not included.

Despite playing for years, I only had a single encounter with the Bal-musette style, although the name of the piece escapes me at present. With such limited experience, this project seems a fool's errand: adapt the Professor Layton's Theme to Jam with the Band.

A few nights ago, I located a three part arrangement of the theme, courtesy of Sebastian Wolff. Written for violin, cello, and piano, this arrangement neglects the accordion. This needed to be corrected; it isn't Layton music without it.

My first task was to identify the accordion bits and establish a fourth part. Comparing the sheet music to a recording of the song, I picked up that it starts at measure 21 and runs to measure 36, picking up again for the second accordion bridge at 44.

The composition is also lacking a percussion part, which is pretty important in the song itself. It ties the rhythm to the harmony, which itself (especially the piano part) is percussive. At present, I have not figured out what that will be. Doing percussion in Jam is a bit tricky.

The arrangement also has some flaws. One measure has too many notes, one has too few (and no, it isn't the beginning and end of the piece). Some notes are just not right, and you can hear where I'm missing a note during the second accordion bridge. I think it's a D, but that doesn't sound right either.

The "advanced" editor in Jam with the Band is lacking some features. Ties don't work like they should, connecting strings of notes together. Usually, the system won't let you use a tie unless you're crossing measures. To be honest, there's no reason to use ties. Unlike a real instrument, electronic instruments keep a constant tone throughout the duration of the note and shift to the next note immediately. To create the percussive notes I had to use 16th rests to insert a slight pause. 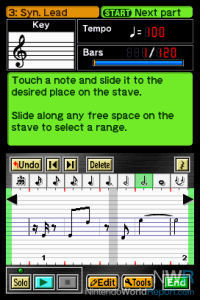 This is what I'm working with.

The game doesn’t have grace notes, which are needed a few times, and are common in accordion music. I got around that (around measure 40) using two 16th notes and an 8th note. The editor also doesn't have dynamics, so some of the accompaniment is too loud. You can't use double-stops (two notes played at once on the same instrument). But, I soldier on. Part of the fun has been getting around these issues.

Jam with the Band doesn't have a cello. Technically the cello part is a violin set on the bass clef, but it works. I also don't like how the accordion sounds, but there is little that can be done. I'm still trying to figure out the piano composer.

This is after about two hours of work. I'm about 45 measures into the piece at this point. The piano bit is a stand-in until I figure out how to create the necessary chords. I expect to do that near the end. You can also hear that the cello bit drops out.

This next version adds more measures to the cello part and corrects some of the ambiguity in arrangement I'm working with. Most of the corrections are subtle.


I hope to update this until I'm happy with the final product. Any aspiring musicians out there who have any suggestions, please feel free to offer your input. I tried to play it in the game before posting this, but it seems unplayable. I doubt that's going to improve. I'm highly impressed at how Nintendo made so many songs that sounded correct, but weren't rendered too complex to play.

I request pictures of exactly how unplayable your composition is. You could video your failure to play it, even.

I'll try.  It is utterly unplayable.

Clearly James wasn't around for the playing of my Jam with the Band Mario medley back at E3 2006 (or whenever that was). The media file seems to have been lost in one of our site transitions, so I've re-upped it, along with another Mario RPG medley I crafted a while ago. The first one is playable with a lot of practice (just like with a real instrument), and I suspect James' composition is as well.

I didn't say you could play EVERY part ;) But you aren't constantly playing 8th notes without breaks, even in the accordion part, in your arrangement. So once again, James, you are (gasp) exaggerating!

James, this is really impressive work. I can't believe you made that first version in only two hours. Please do keep us up to date if you continue to work on the arrangement. And I too would love to see a video of the gameplay (is there a no-fail mode?). Videos like this are always mesmerizing:

By the way, if you don't like the accordion instrument in Jam with the Band, try subbing the (chromatic) harmonica instrument, if available. The sounds are usually similar, and you may prefer the game's version of harmonica. The most dramatic aural difference is that accordion is a complete chording instrument, but it sounds like that may be irrelevant with the editor's limitations.

By the way, if you don't like the accordion instrument in Jam with the Band, try subbing the (chromatic) harmonica instrument, if available. The sounds are usually similar, and you may prefer the game's version of harmonica. The most dramatic aural difference is that accordion is a complete chording instrument, but it sounds like that may be irrelevant with the editor's limitations.

James this is great work!

...and of course Jonny comes on to push his harmonica agenda. We know what you're doing!  :P: