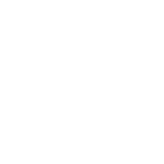 "It often happens that the universal belief of one age ... becomes to a subsequent age so palpable an absurdity that the only difficulty is to imagine how such an idea could ever have appeared credible." --John Stuart Mill