A touching tribute to one of racing's greatest stars.

One might assume that, as Brazilian developers, the folks at Aquiris Game Studio would be big fans of Brazil’s Ayrton Senna, widely considered one of the greatest, if not the greatest, Formula One racer of all time—and you’d be correct. I know next to nothing about professional racing sports or their stars—except of course NASCAR’s Ricky Bobby—but thanks to Aquiris and this lovely Horizon Chase Turbo DLC, I’m considerably more knowledgeable about the remarkable career of Ayrton Senna.

Similar to previous DLC packs, Senna Forever is presented as a separate campaign. In it, players have two options: relive the racer’s run in Career Mode or take on a block of courses in Championship Mode. The latter is essentially Senna Forever’s version of Tournament Mode from the main game: you try to come out on top in an increasing number of races, and doing so will unlock new Senna-specific cars. I believe all the tracks here are new, which is appreciated.

The Championship tracks are pulled from Senna Forever’s main Career Mode, which follows Ayrton Senna’s rise in the F-1 arena. This is the most fun, goal-oriented way to play Senna Forever. Each of the mode’s five “chapters” consist of six races in which players are tasked with earning three “Senna Marks,” which are essentially goals for each race. Usually they’re pretty general, like “collect all the coins” or “get a perfect start,” but other times they’re oddly specific, like “get gas on the 2nd lap” or “don’t use any boosts in the 1st lap.” I’m not sure exactly how these goals reflect how Senna ran any particular race in real life—coins are extremely rare in actual F-1 races—but the Marks give you something to shoot for apart from simply winning races. After the third and sixth races, you get some details of that era of Ayton Senna’s career. 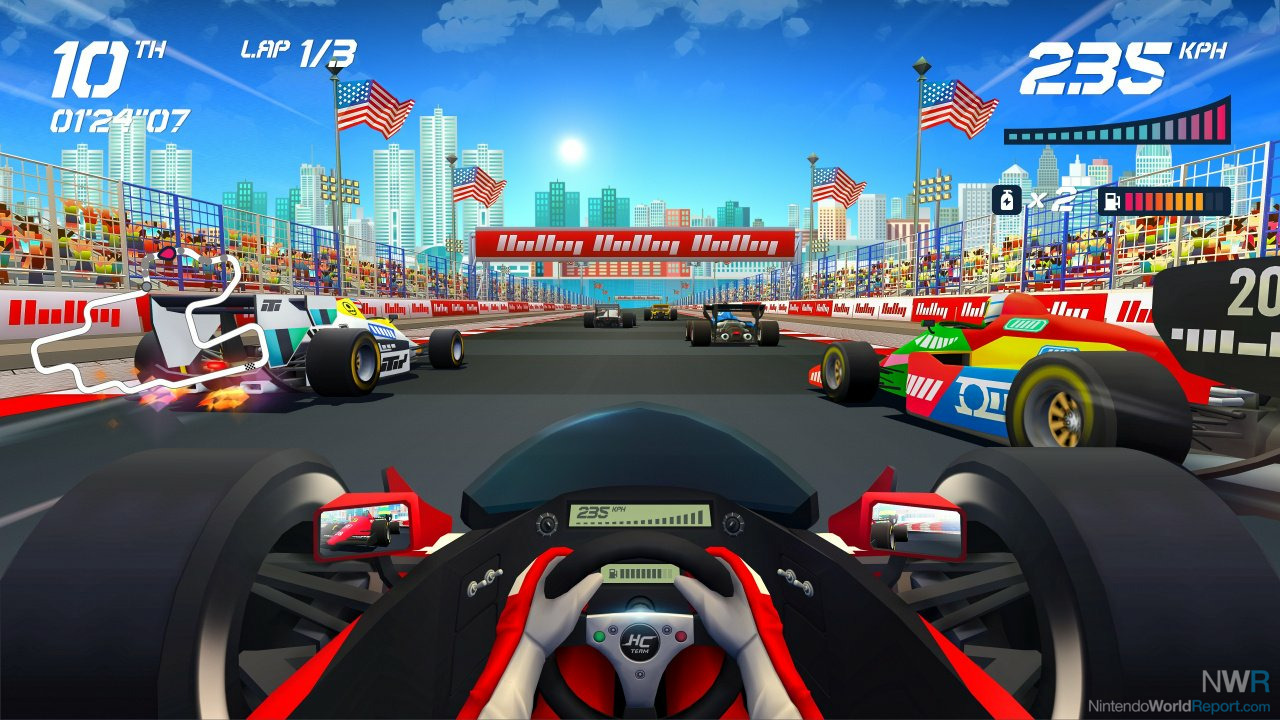 Two wrinkles to the gameplay change up how Senna Forever plays from the main game. Unlike World Tour mode, Senna’s car never earns permanent stat boosts. However, before starting every race in both Career and Championship Mode, you’ll select a different modification to your F-1 car. You can improve the tires (good for rainy weather), improve the speed (good for courses with lots of straightaways), or improve the fuel efficiency (which allows you to get gas less frequently and an extra Nitro boost). You’ll be able to see whether it’s raining or not and the layout of each course before selecting your car mod. Second, pressing the X button in Senna Forever puts the camera in the driver’s seat so you can see what Ayrton Senna sees. While very cool in theory, I found the first-person view difficult to get used to and it definitely made races more challenging. Folks who play a lot of more realistic racing games will probably feel right at home, though. 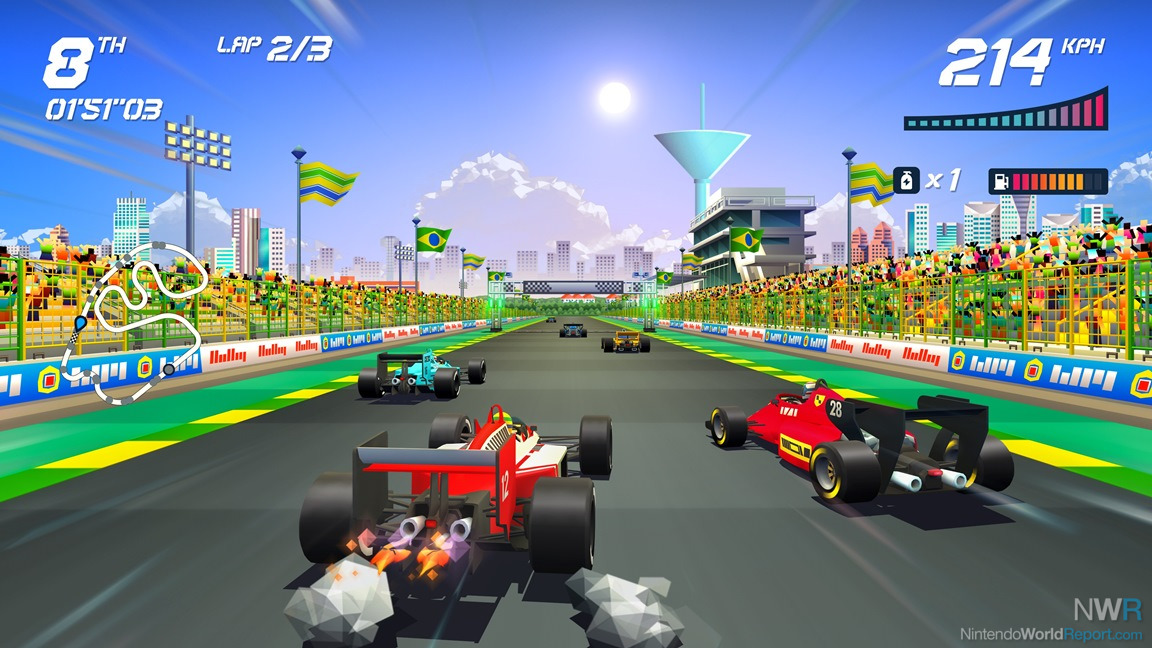 I was surprised by how well the F-1 cars fit into the overall aesthetic of Horizon Chase Turbo. Courses are still colorful and gorgeous, and the music is just as bombastic as ever—the new tracks aren’t so much brand new as remixes of existing tracks, but I didn’t care. This game’s soundtrack is just so phenomenal. Senna Forever is a great addition to Horizon Chase Turbo, and I was happy to have an excuse to jump back in. And better yet, I learned a lot about one of the sport’s greatest players.

As much as I like this DLC I was hoping this one wasn't going to have any coin collecting. I swear there are times the other cars are actively blocking you from grabbing them.