Sadly, antidepressants don’t exist in the year 1185 AS.

The expansion pass for Fire Emblem: Three Houses has certainly over-delivered on its release timing: as it was originally given a deadline of April 30, the pass completed about two and a half months ahead of schedule. So far, the content has been minor: a few quests, some costumes that are more revealing for a female Byleth than her default outfit, and Anna because it’s a Fire Emblem and Anna never works for free unless she’s running the show. The final part of the pass had a lot of pressure on it to justify the price tag, and it largely lived up to the hype.

Cindered Shadows is a side story (unlocking from a new menu) with its own set of saves and a separate plotline. Spanning seven chapters, or a third of the average storyline in Three Houses, the story sees your character team up with the three house leaders and one student from their house to deal with a threat centered around an underground area called Abyss. In a Famitsu interview that was printed before the DLC’s release the developers suggested it would take 8-10 hours to complete the game on Normal. In my case, I split the difference almost evenly, finishing a Normal run in 8:51 (Note: The side story is only playable on Normal or Hard at release. Sorry, Maddening players.) Knowing full well that seven chapters in the base game can take 2-3 times as long, the big savings come from removing many of the things done in between story battles. There’s no teaching at all in the side story: in fact, there’s no class growth at all. Both the existing and new characters have their class, and though a couple of people can step down to a “intermediate” class, it just makes things harder. By eliminating the side battles as well, it prevents you from grinding your way out of trouble. Buying better equipment isn’t going to work either due to a limited cash budget, but it is possible to get several sellable items per map and beating each map gives 30 items used for item repair/forging, which is generally the less expensive option. 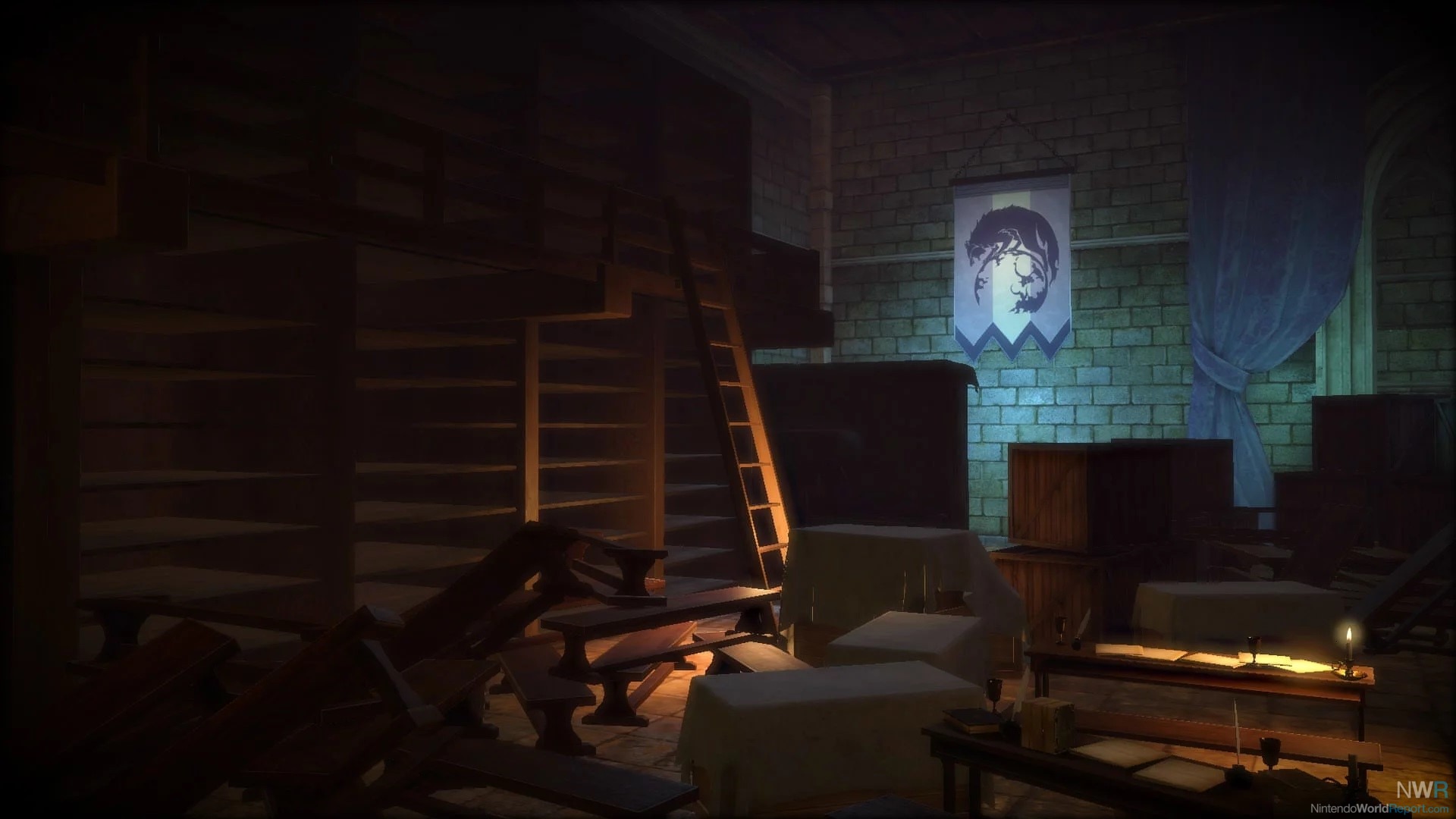 When you're not sure whether the swallow is Almyrian or Brigidian.

The main appeal of the DLC is the four new characters of the “Ashen Wolves.” Though I suspect a lot of the animations in between-map conversations are recycled, they do have their own character quirks. One is haughty and arrogant when indoors but meek and self-doubting when outside, while another is deep in debt (and surprisingly is the only one with any kind of connection to an original unit who came down). In combat, they serve to mix and match skills that give some new options (flying magic user, a brawler who also heals), though the combos didn’t work all that well in the side story. The brawler has a basic healing spell and a bad magic stat, so you’ll definitely want to focus him on going Little Mac on fools. For those who have completed multiple routes of the base game, there’s also some interesting backstory for your main character. The story twists are predictable—you’ll see the villain coming from miles away⁠—but it was still an entertaining ride.

Once the side story finishes, you proceed to unlock the characters for use in the base game. The Wolves start being recruitable after completing chapter 2 of the side story with all four done by chapter 6. Recruiting the characters has no other requirements aside from talking to them in the underground area, but the unlocking of “Abyss” also opens up new things to make the experience easier. The ingame “Renown” can be traded for weapons or items, including the seals needed to give the existing characters the DLC classes as long as prerequisite classes are available. A “junk shop” unlocks that gives items in need of repair but also some rarer items on occasion. Abyss also has a way to see the stats most/least likely to grow for a character, and even a way to build support levels between your one true pair if they won’t do it themselves. The four new characters have limited options for supporting characters themselves⁠—mostly focused on the professor, the other Wolves, and a couple of characters from the other houses who came down in the side story. None of the Wolves are selectable for the “Goddess Tower” event in chapter 9, either. There is one new same-sex “S rank” relationship for male Byleth, but I wouldn’t have minded some more options for either gender of the main character. 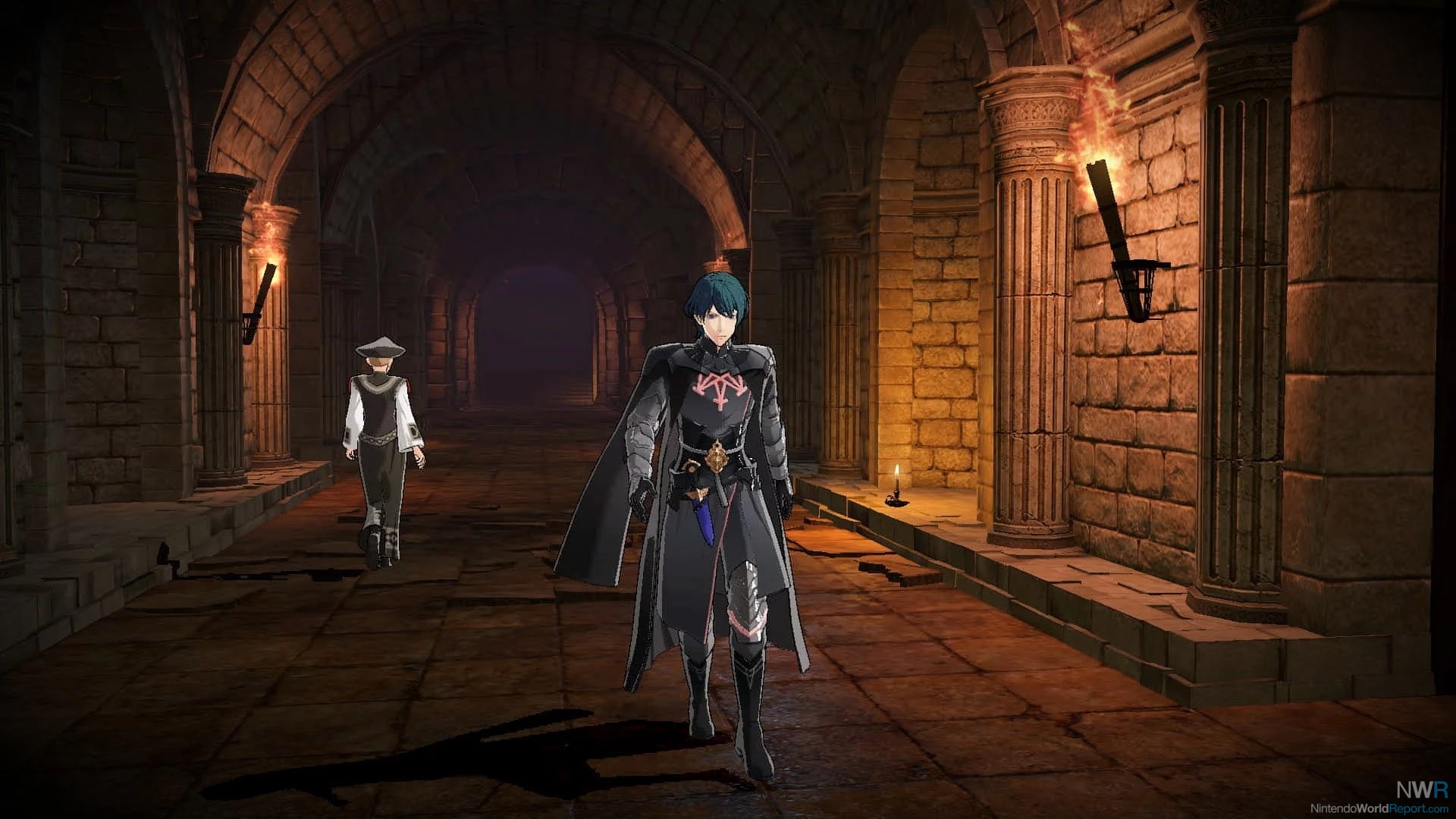 Darkness, everybody! Darkness is spreading!

Cindered Shadows truly takes the playstyle of pre-Awakening Fire Emblem: map after map, limited things to do to prep, and forcing budgeting for most of the time. The maps themselves are about the same difficulty as about a chapter from 17 to 20 in the base game, but without the backup of possibly having higher-end classes. That said, it was still a fun experience, and the new options provided by having the Ashen Wolves in my class make me want to get back on the bike and finish the storylines I’ve yet to play myself.

The expansion pass was purchased by the reviewer.

Largely agree with this review. Cindered Shadows felt more like pre-Three Houses Fire Emblem, which after 300 hours of meticulously completing all four routes in the game, I was more than ready for. The Cindered Shadows campaign took me a bit longer on Hard (11 hours), so yeah, it was a pretty good length considering the majority of that spent on the maps and not in exploration or in the classroom.

I'm not gonna see how the main Ashen Wolves and The Abyss are integrated in the main till later, since I ran through Silver Snow and Crimson Flower in the lead up to this and am a bit burned out on the game again, but the characters are really likable, and I'm looking forward to what role they play in the war and what kind of relationships they end up forging with the other characters in the game.

Not heard this explained yet, but what happens when a character falls on the battlefield? I presume they "run away" and cannot fight for the rest of the Cindered Shadows campaign, but it bears no impact on your main save, right? This is obvious for the returning characters and lords, but what about the other three Wolves? Will they still be recruit-able or will they be unavailable unless you clear it with them alive?