The last memory I have playing a non-physical pinball game is probably about 30 years old. As a wee lad, I used to play quite a bit of Night Mission on Commodore 64, easily one of my favorite childhood titles. I’ve definitely played pinball titles since that time, but none were compelling enough or provided an equivalent experience to real pinball to compel me to play them consistently. That sour feeling towards virtual pinball followed me into adulthood and is the reason I’ve never bothered to install Pinball FX on my Switch. Thankfully, I just happened to pickup the 2nd Williams pack and have fallen in love with the premiere table Attack from Mars. 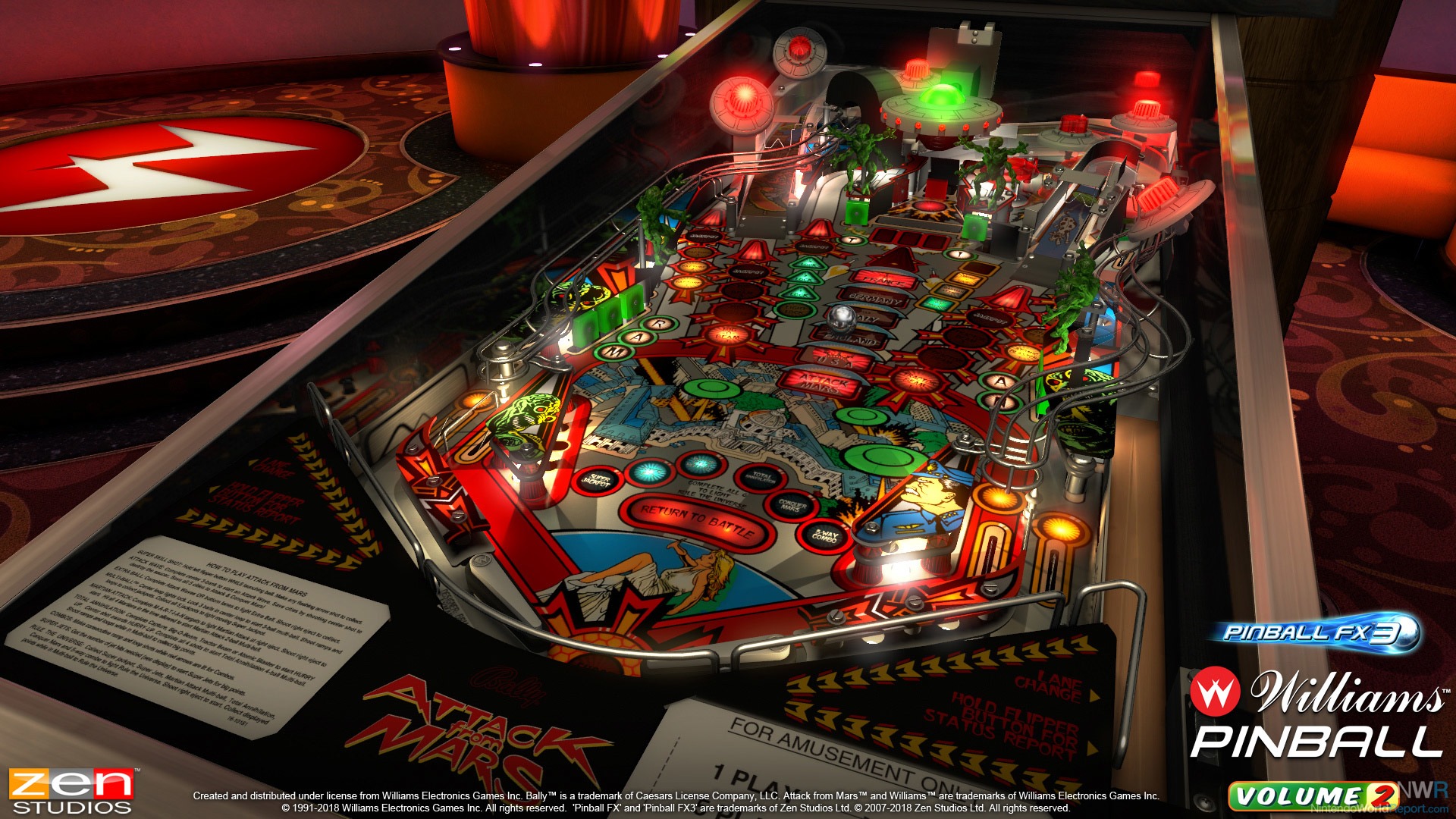 If you’re unfamiliar with the base version of Pinball FX, our reviews editor Neal Ronaghan has a terrific review that you can read here. The tables that I had the pleasure of playing are from a DLC package called Williams Pinball: Volume 2 Pack. The pack consists of a set of three tables developed by Midway for Bally Entertainment and includes: The Party Zone, Black Rose, and Attack from Mars. Each of the three tables looks fantastic on the Switch, whether in handheld or docked mode. Included in the introduction of each table are historical facts that provide context for the experience and really personalize the tables.

Each of these tables originally came out in the early to mid ‘90s, but The Party Zone and Black Rose feel a bit dated when compared to my clear favorite of the three, Attack From Mars. Party Zone and Black Rose have a similar setup with ramps close to the flippers and big scoring targets set up in the center. The objectives to achieve multiple balls and jackpots aren’t as clearly labelled as I would like. Where the former two both have the same, familiar older-style pinball machine feel, Attack From Mars perfectly captures the pinball experience I remember playing in family restaurants. It left the most impactful impressions with its multiple ramps and lanes, clear objectives, and an announcer that goes absolutely berserk when you start landing jackpots during multi-ball. 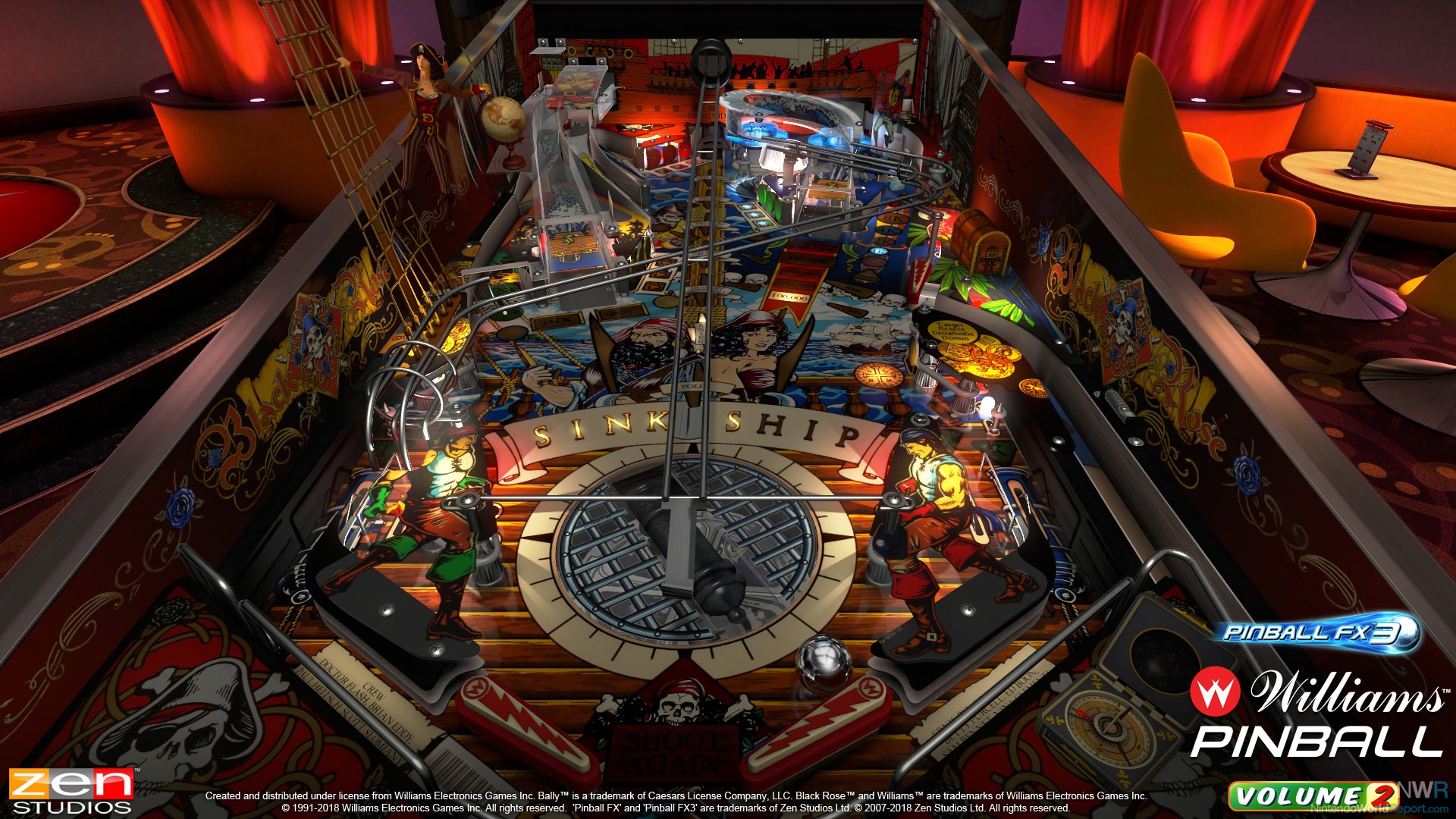 While playing on my television was ok, what really kept bringing me back were the leaderboards and Tate mode. As soon as I figured out how to display the Switch vertically giving me full view of the table, I never went back to docked mode. It’s admittedly a little awkward with my hands so close on a single Joy-Con but once the ball is in play the awkwardness completely disappears. Leaderboards are nothing new, but there’s something different about competing for pinball scores online. I’ve lost more sleep in a single week than I likely did all last year just trying to top my friends’ scores.

The 2nd Williams pack has officially created a pinball fanatic out of me. If none of this is news to you and you just want a recommendation on whether the pack is worth it, I wholeheartedly say yes, though with one caveat. I don’t have much interest in going back to play The Party Zone or Black Rose; my affection for this pack is solely for Attack From Mars.