Life simulator meets RPG in a genre mashup that, some of the time, works!

Tomodachi Life was a weird, quirky life simulation game that I admired for its uniqueness. So what would happen if you took that concept and threw in some role playing elements? That is where you’d have Miitopia, an RPG where you cast Mii avatars to stereotypical characters found in many role playing games. It keeps the quirkiness of Tomodachi Life in tact, and the role playing characteristics are pretty fun. Unfortunately, there are several glaring issues in Miitopia that damper the otherwise fun experience. 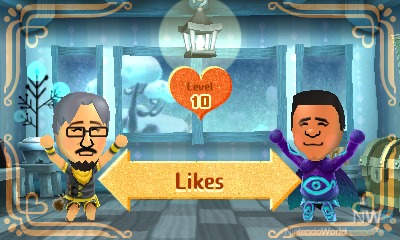 You are cast as an adventurer looking to vanquish the evil Dark Lord, who has literally taken the faces of the various villagers across Miitopia. These villagers, along with people that join your party, are all played by either popular Miis found in Mii Plaza or ones that you’ve created yourself. This makes the various scenarios you come across in the game pretty fun -- I mean what other game can have you team with the likes of Abraham Lincoln, Shaq and Marie from Splatoon?

The way battles work is simple: players take turns battling and can use MP for bigger, better attacks. The most important aspect of it, which makes it unique, has you befriending and forming relationships with other Miis. The better the relationship is, the better chance that it will later help out in battle. This was very enjoyable as, unlike in other aspects of the game, constantly changing jobs and characters makes things fun and varied.

You foster and nurture these relationships by staying in Inns, which are usually found at the end of a level. It is here where the games feels most like Tomodachi Life -- you can see what your Miis are talking about, what they want to buy, and you can also feed them items that will help boost their stats. There are tickets which can be unlocked by finding treasure chests or swapping Amiibo, which will allow you to play mini games for money, items, or relationship boosts. 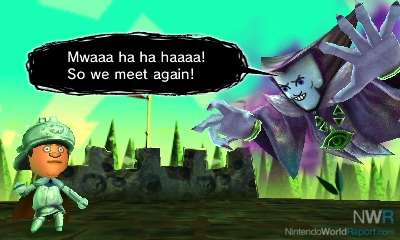 Miitopia is not without its faults. For one, levels are super linear. There will be the occasional level where you can go down a different route than you did originally, but there is no room for exploration in the game. There are towns, but they only consist of one straight path where you talk to troubled villagers. This makes things relatively easy and simple to clear, but I eventually just grew bored , with the adventure at times, just holding down the B button to trudge towards the next stage.

This is where the game can get pretty tedious, but other parts of the game make it even more so. Forming relationships with characters you create and continuing to build on those relationships is pretty fun until the Dark Lord takes them away and you have to start all over again. It does give you the option of starting over with another job, which does make gameplay a bit more interesting, but when the Dark Lord does this two other times during the game it doesn’t just get monotonous, it gets annoying.

Miitopia is a mixed bag. Mii interactions off and on the battlefield are fun, but the pacing and linear scope of the game hampers an otherwise fun experience. The game doesn’t last too long for JRPG standards (around 30-35 hours) but this feels like a fun 15 hour game stretched out with long periods of boring grind. You eventually do get everyone back, making the last part of the game a better experience towards the end. But while Miitopia makes up for a lot of things with its charming appeal, its faults are still pretty evident.

I had a lot of fun with the demo. I look forward to playing this 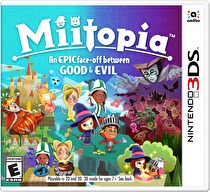