At least this supergroup won't implode due to ego and infighting.

The project that became Tokyo Mirage Sessions #FE didn't turn out like anyone expected when it was announced as “Shin Megami Tensei x Fire Emblem” three years and a buyout ago. Instead of a strategy role playing game or an ungodly difficult demon summoning game, you have a reconstruction of the Japanese entertainment industry in all its forms wrapped around a lighter turn based RPG. And despite some minor stumbles along the way, TMS nails its whacked-out premise beautifully, and creates something that should be an underground hit even if it doesn't do Taylor Swift numbers. 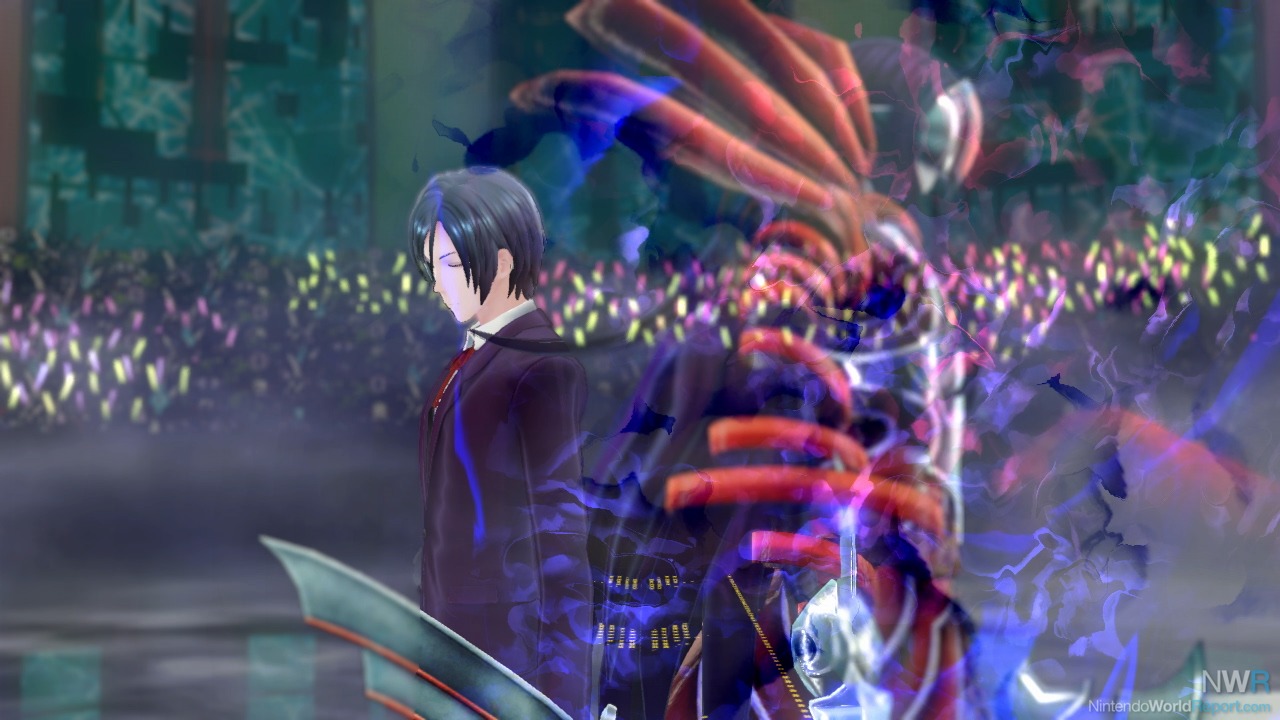 TMS#FE is meant to treat the entertainment industry as a force of good, which causes it to lean a lot on cliché. If you're looking for a serious takedown, this isn't your game. (In that case, I recommend Persona 4: Dancing All Night or the movie Perfect Blue.) Your main character is Itsuki Aoi, who serves as the roadie and emotional crutch for Fortuna Productions, a group of musicians, models, and future tokusatsu (think Mighty Morphin' Power Rangers) stars who entertain Japan while also saving it from destruction at the hands of Mirages. Some of the Mirages are Fire Emblem characters (pulled largely from the Shadow Dragon and Awakening rosters), who your characters tame and interact with as they become better entertainers. As bigwigs of the industry become possessed by high powered Mirages, you fight through an area known as the Idolasphere to impress them and force the Mirage out so you can beat them, with intermissions to restock and learn more about the characters. Unlike similar games of this type – namely Persona 4 – the side quest time and main quest time is clearly delineated, and the social process has been streamlined to make the game require less time watching FAQs.

Although the side quests do give some fun character moments, there's a few that are blatant fetch quests, which can be frustrating. Thankfully, most of the later ones require the Idolasphere, and that's where the game shines. The battle system builds off the basis of Shin Megami Tensei (six elements and physical types, a lot of spell names and weapons) and Fire Emblem (the weapons of choice) through the Session mechanic. If you strike an enemy's weakness, characters in battle and eventually in the “sub cast” will learn techniques as they grow that can add on to the chain, to the point that late game combos of 12 or 13 hits with full healing aren't out of the question. The side quests also unlock special techniques for the characters that automatically trigger the longest Session you can pull off, which creates a chain effect that can wipe out even mobs of four or five enemies in a single blow if strong enough. If you're concerned about difficulty, there's no shame in starting on Hard to see how bad it can be, as the difficulty in battle can be changed on the fly. You'll probably end up knocking down either at the end of Chapter 2 or 4, unless you've done an absolute boatload of grinding. 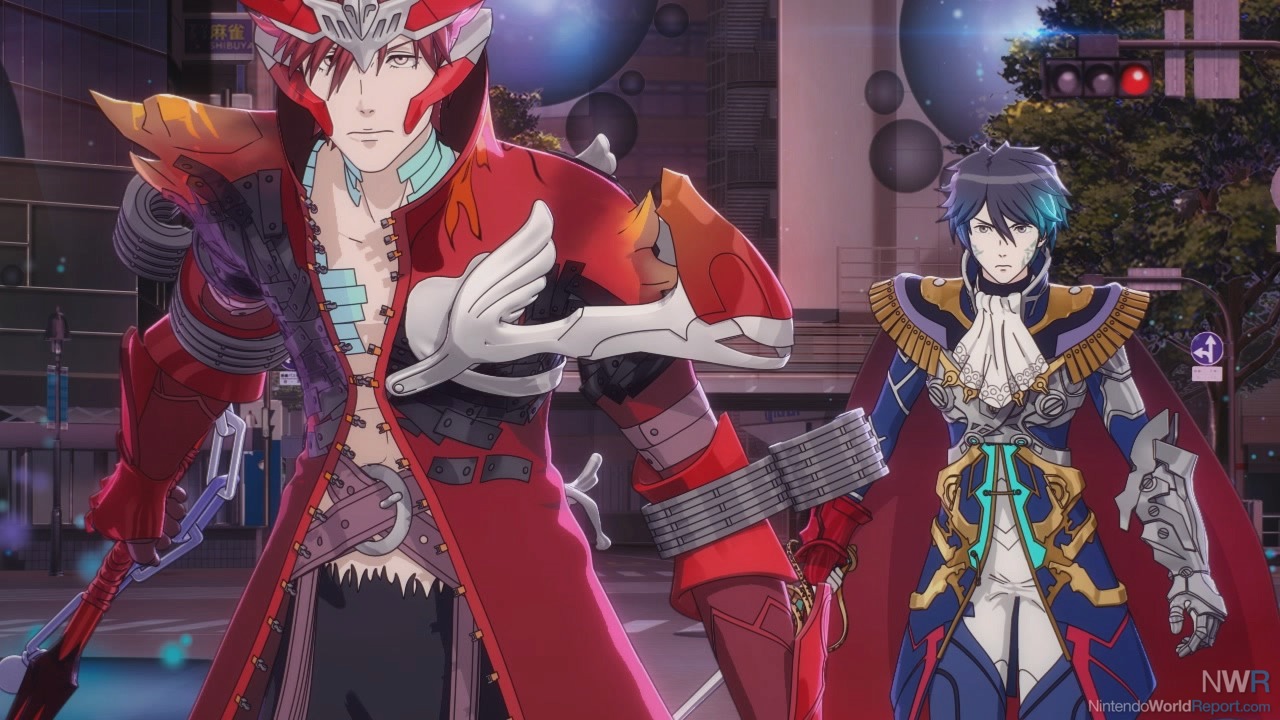 A game that's focused on the entertainment industry is bound to have great music, and there're multiple songs fighting to be the “song in my head” as I write this right now. Whether it's “Reincarnation” (the trailer track from the game's April 2015 return trailer), “Feel” (your best friend/love interest's first hit) or even some of the dungeon tunes, those earworms will never leave, and I'm personally hoping for at least an iTunes release if the negotiations work. Graphically, this might be the best rendition of Tokyo I've ever seen in a video game. There's something about Shibuya in the game's art style that just clicked, and it's hard to tell the difference between game engine footage and when they shift to the cutscene engine for musical performances or trailers of the big show coming up.

And there's plenty of fan service in this game for both definitions of the word. Fire Emblem fans will love the call backs to favorite characters even if they look different following an unending war, plus the rush of hearing the classic level up tune and going shopping with what is clearly Anna, even if she isn't named. As a newer Shin Megami Tensei fan, seeing my demon of choice represented in the game (Decarabia) as a shop to go along with the well-known Hee-Ho Mart was a personal joy. And there are plenty of clothing options for the characters in battle, which is a good place to use up your cash once you've made enough yen. The camera does tend to have a pretty heavy focus on, ahem, certain parts of the anatomy, but given the day job that's to be expected – even if some of the down-the-shirt shots wore on me, there's a way to do something about it.

I generally prefer my anime dubbed, so I had some concerns that the lack of English voice acting would take me out of the game or that it meant they were cheapening out on the game. As it turned out, it fit right in with the game, and given that the voice actors also did their own singing parts I can't say that it's Nintendo trying to take the cheap way out. If you're going to go all anime, then let anime happen. The localization didn't have any text problems, and they did a good job of translating the tics like a character stumbling over her words when she's excited and flustered.

In this year of portable RPGs, it's easy to look at Tokyo Mirage Sessions as a bone being thrown to the console audience. But even if you buy it because there's one other Nintendo-published game on the system this year, you're looking at 110+ hours for 100% completion, with a New Game+ and one of the craziest final bosses in a Nintendo published RPG in a long time. I lost multiple nights of sleep because I wanted to just keep playing. Tokyo Mirage Sessions is a great finale for this month, and I just hope there's eventually an encore.

A review disc was provided by Nintendo of America.

I think I know which of two games is your favourite then. :P

Thanks, this really helped me realize that I absolutely want to buy this game!

For some reason when I see something like a "second opinion" on a review site I figure it will be contrary to the other one.  But, nope, two reviews on NWR and both loved it.  The game is getting glowing reviews all over the place and the more I read them the more excited I am to play this!  I was going to get it anyway because I figured at the very least it would be a rare game in the future due to being a niche title on a niche console released at the end of the console's life.  I have enough of a backlog that I figure I would buy it now but not get to it until later.  But these reviews are making me consider putting everything else on the backlog and playing this right away!

I agree with Ian, this has shot up my play-now list.


I pre-ordered on Amazon for the Prime 20% discount, but now I plan to start playing it right away. I feel bad to the other games that I was about to get back into playing.

Come along, June 24th. I want to inject all the anime and J-pop in to me!