An explosive expansion to my favorite Wii U game of 2014.

Plague of Shadows, the first major expansion for indie darling Shovel Knight, can be acquired today via a free software update on your 3DS and Wii U. Yacht Club Games has essentially rebuilt Shovel Knight from the ground up to make use of the villainous Plague Knight’s unique moveset. It’s an impressive package that also includes an awesome Challenge Mode that’s ridiculously difficult but totally worth checking out. 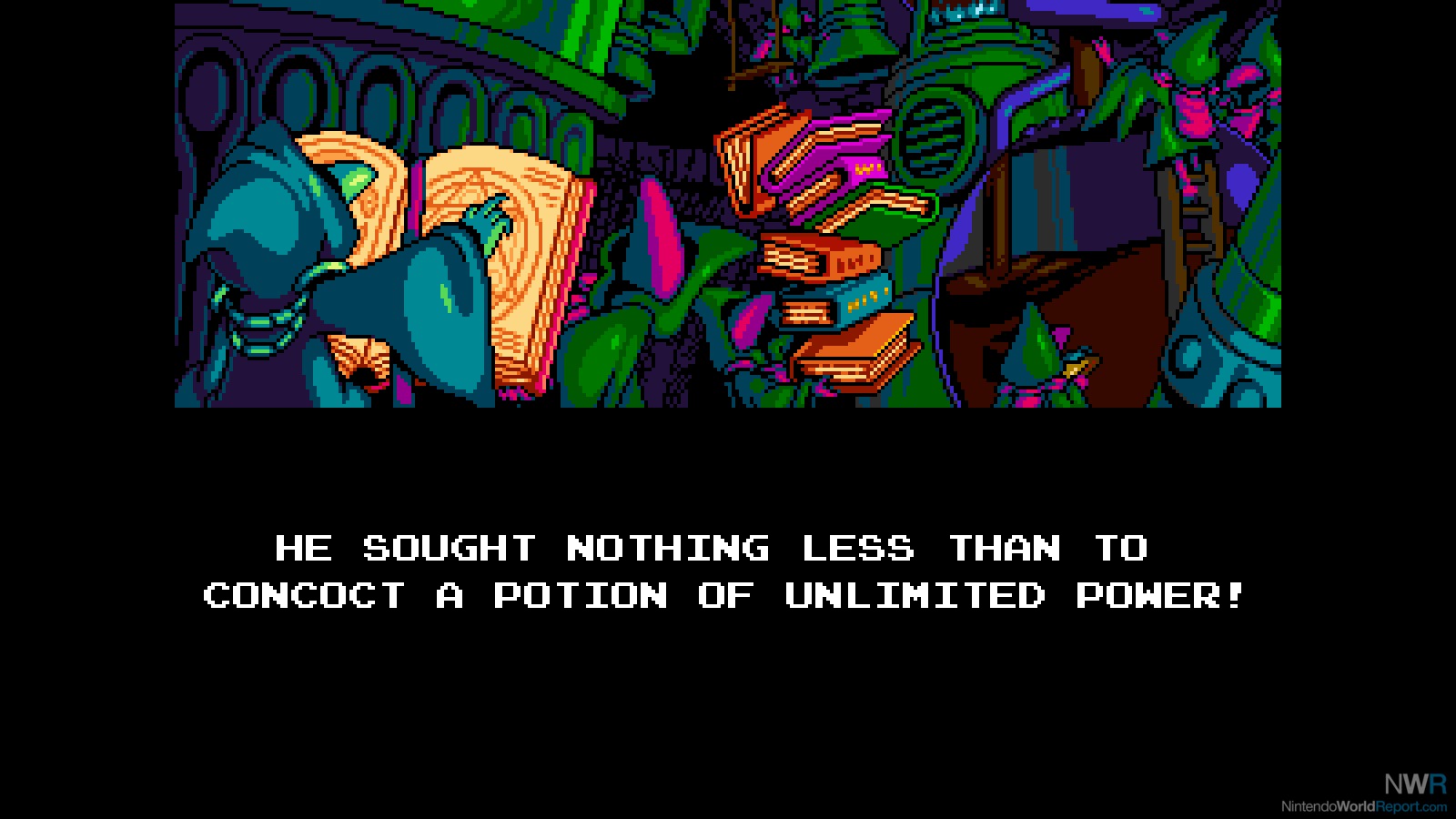 Plague Knight, you may recall, is that colorful villain who occupies the Explodatorium and attacks using a litany of explosive concoctions. He and his witchy partner Mona are out to create the ultimate potion, but to do so, Plague Knight needs to defeat his fellow knights of the Order of No Quarter and steal their essences.

Plague Knight controls very differently from Shovel Knight. He’s a little looser, and he can perform a short double-jump. What really sets our man apart is that he can charge up and let loose a bombastic (literally) leap that sends him flying and he attacks by throwing bottles that go boom. Plague Knight’s stock of weapons is a meta-game in itself: as you acquire new ingredients—by collecting green tokens and giving them to Mona—you can mix and match them to produce a seemingly endless array of weapons. You can change how long it takes for a bottle to explode, or add after effects (like ground or wall flames, or a cumulative explosion). You can change the trajectory of Plague Knight’s throw. You can add new effects to his bomb-leap, like slowly floating down (very handy) or shooting a bullet forward upon release. 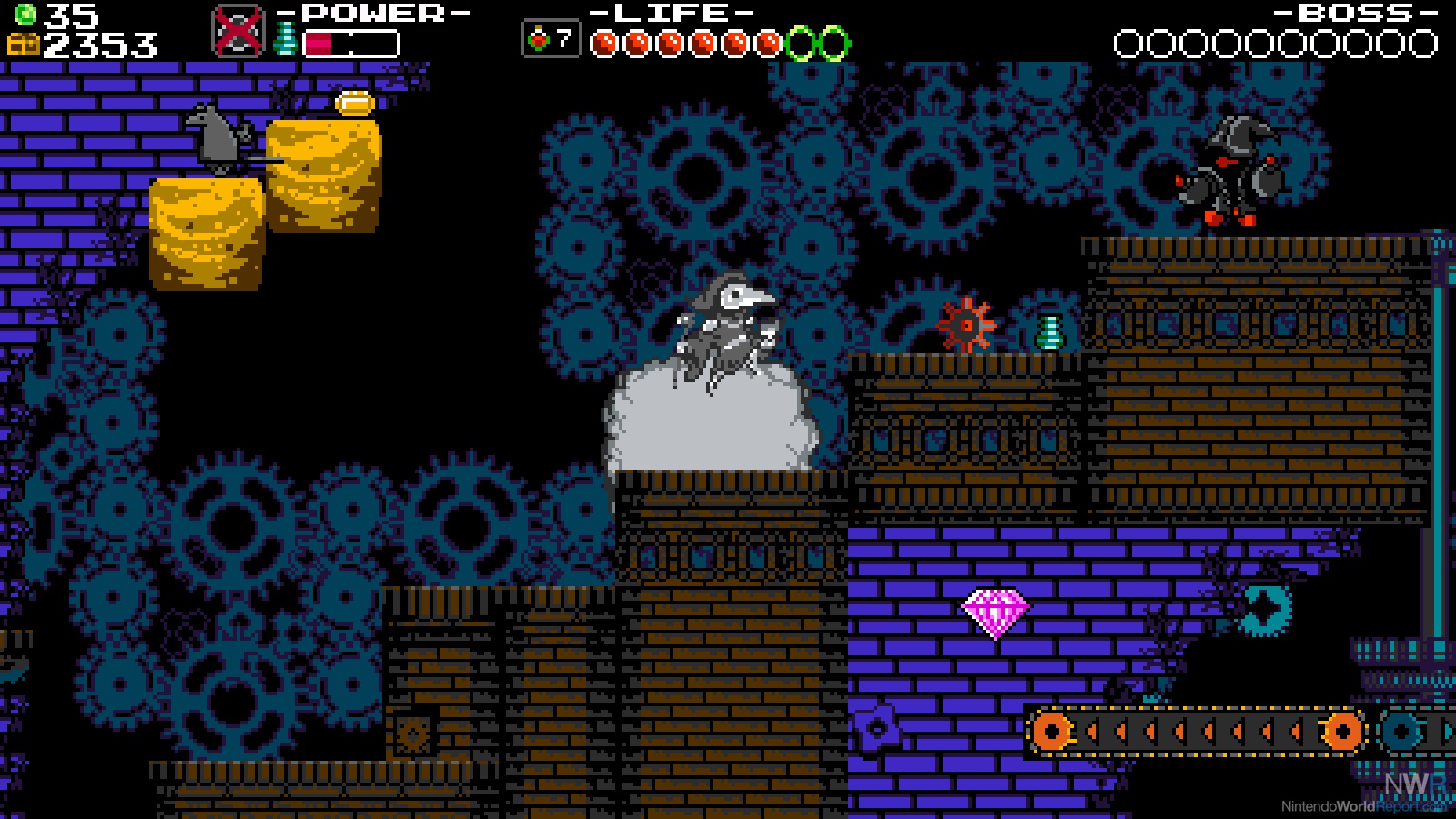 Like Shovel Knight, Plague Knight also collects Music Pages and Relics in each stage, but they are both hilariously turned on their head here. Plague Knight has no use for silly trinkets, but if you find the genie in each stage, he will trade you something good for them. Likewise, Plague Knight doesn’t want music pages but they can be sold to a horse-man (Bojack?) for extra cash. Even the town is unique to Plague Knight. The villagers won’t let you in, but there’s another way… 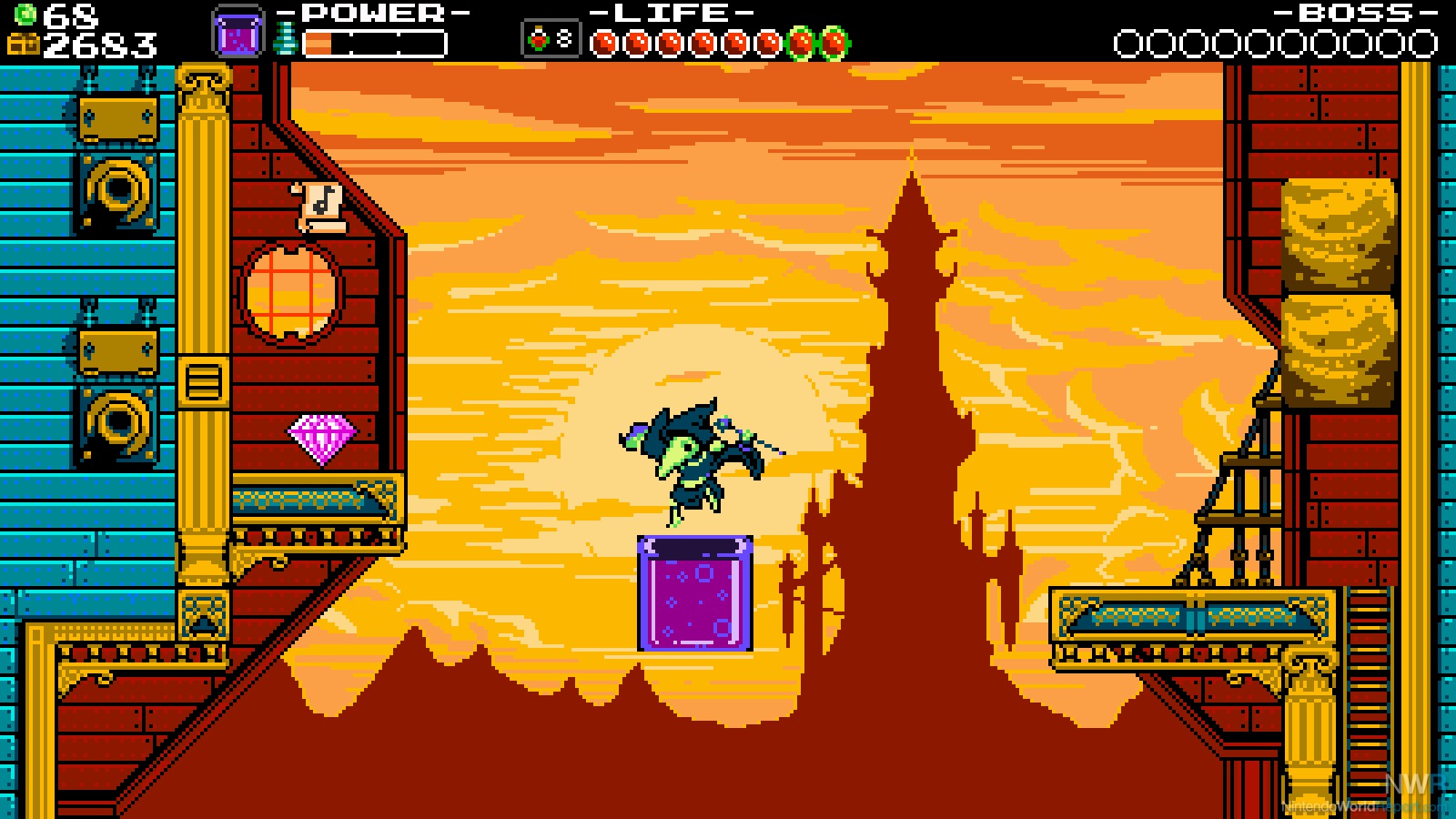 Plague Knight’s campaign is initially extremely hard. For those of you who thought the original Shovel Knight was difficult, you should just apply Nair to your scalp right now and save yourself the trouble of pulling out your hair. But stick with it and you’ll eventually learn how everything works. The levels have all been rebuilt to accommodate his moveset, and there are lots of hidden passages that will really test your skills. The best strategy is to take it slow, figure out which potion combination will work best for any given situation, and then strategize and execute. And of course, there are some new Feats to achieve. 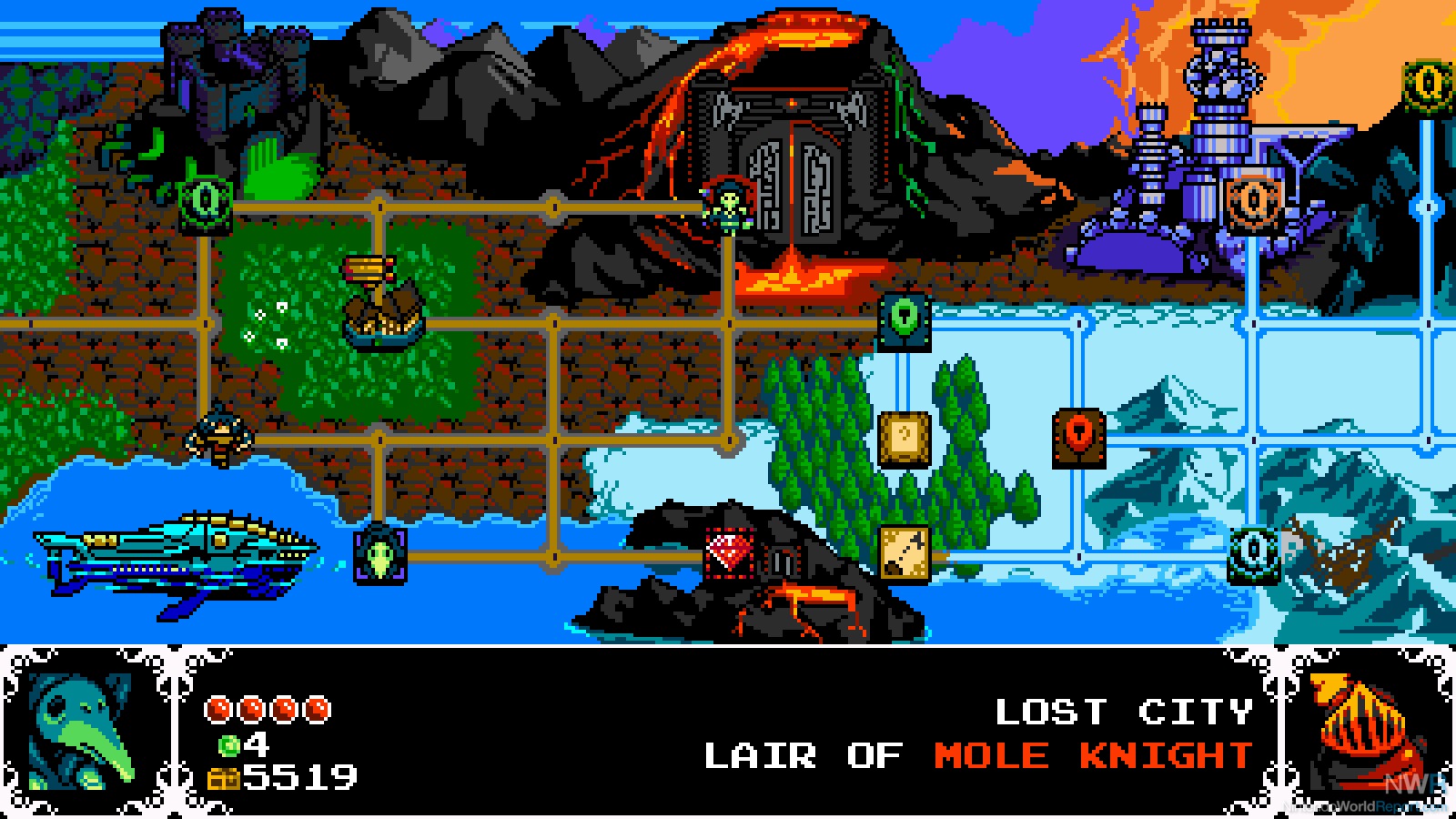 And then there’s Challenge Mode. It’s a series of obstacle courses and boss fights for Shovel Knight and they all test your abilities with specific items. Can you survive an endless onslaught of Propeller Rats for 50 seconds? Can you demonstrate your aptitude for Shovel Knight’s shovel bounce? Can you beat every boss, individually, with only one heart container? Some of the challenges are crazy hard but also fun. Others are like hitting your head against a wall.

If you already have Shovel Knight, you can play this for free today. For people who haven’t already bought Shovel Knight on whatever platform you own, what’s wrong with you? It’s one of the best games I’ve ever played, and this massive content pack doubles its scope. Acquire it for shovelry!

I excitedly downloaded this today, then played Stage 1... and honestly didn't enjoy it a bit. I can't stand Plague Knight's jumping, and his attacks aren't much better. I feel disappointed because Shovel Knight is one of my favorite games to come along in years.

Is this going to be included in the retail release? Either way, I'm holding out...

Kokumaker--stick with it. I honestly didn't like how he controls AT ALL when I first booted up the game. However, once you learn how he moves and learn how to anticipate his explosion jump, things get much easier. Plus, new potions will allow you to customize his moveset more to your liking.

Watching game play video you realize he is pretty amazing and he moves like nothing I have ever played in a platform game.  They describe it as high risk and high reward platforming and I would agree with that.

He is very fun to control, his basic attack is rather weak, but I would expect that.  I think this character is going to be much more enjoyable than Shovel Knight.

Is this going to be included in the retail release? Either way, I'm holding out...

The "massive" new story is the same length as Shovel Knight's, correct? As in, pretty short?

The "massive" new story is the same length as Shovel Knight's, correct? As in, pretty short?

Putting the review score right at the top kind of ruins the review a bit.

We'll take that under advisement. (I'd prefer if it was printed in invisible ink, but that's just me.)