The debut Wii U Pokemon game isn't a poorly made game, but rather, a game derived from poorly made decisions.

Pokémon Rumble U is the third game in the Rumble spin-off franchise, with the first two launching on WiiWare and Nintendo 3DS. I really enjoyed the first two from start to finish, spending many hours with both. At heart, the Rumble games are simple-to-pick-up brawlers starring toy Pokémon that have one or two abilities. They aren't overly complicated and  like most brawlers, are pretty repetitive. Still, I sunk an amazing amount of time into them. With that in mind, I was really excited to play Pokémon Rumble U and enjoying that same simple-yet-fun experience. What I got instead was disappointing.

First off, the game does look sharp on the Wii U, with some beautiful-looking environments. The toy Pokémon look cuter than ever before. The soundtrack is also certainly fun, with a nice mixture of genres and various tunes. One disappointing thing is that the game uses a couple of tracks from older games. In particular, the music from the GameCube game Pokémon Channel is heavily featured. 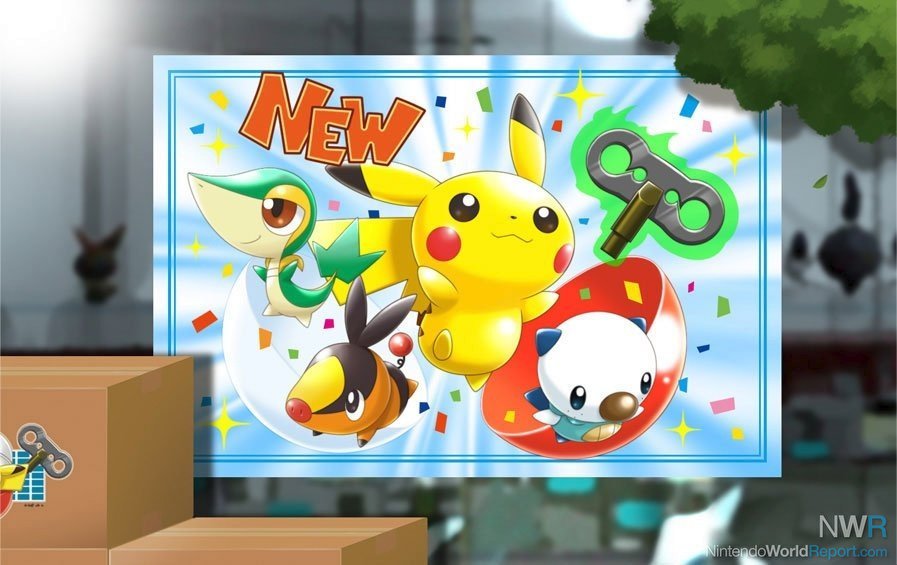 The biggest problem of this smashing adventure is the overall structure. The original games offered two types of stages: arena battles, where you duked it out against a large group of enemies and tried to survive to the best of your abilities, and road-style levels, in which you explored environments and battled smaller groups of toy Pokémon. The two stages were different enough to keep the game fresh. For Pokémon Rumble U, they made the weird choice of removing the road-style levels completely.

At first, it doesn't seem like the biggest deal in the world, as every single arena has five different additional objectives to shoot for. Some of the objectives involve breaking specific parts of the scenery, while others require you to get a high combo or collect a certain amount of Pokémon. You don't get a pop-up or a notice that you have cleared any objective, so you will only know at the end if you did everything correctly, which is annoying. You have to be very specific in certain instances, and it’s a bummer when you do a bunch of work for nothing. This is more apparent later, when you have to compete very detailed objectives that almost change the way you play. Completing each level’s five objectives might not even be worth it for most players, because the ultimate reward for each one is a rare Pokémon for the toy collection. 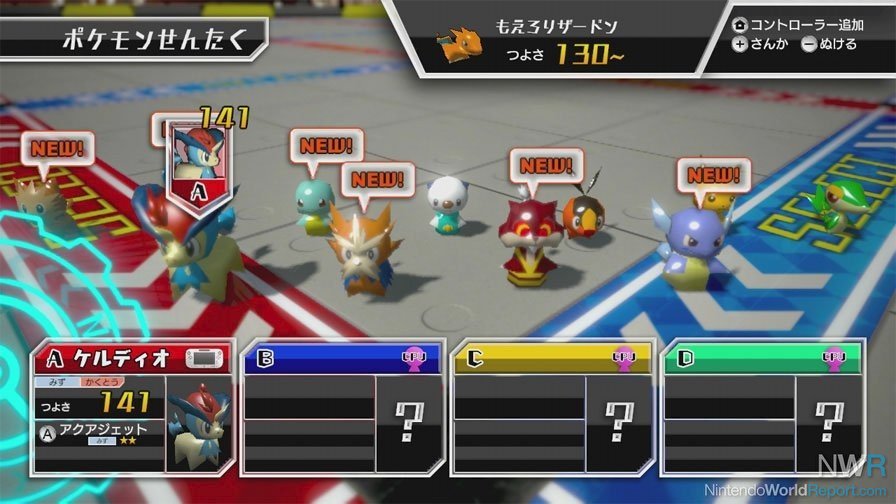 After a while, it is tough to strive for those challenges, mainly because the levels on their own aren't that easy. Pokémon Rumble U is way less forgiving , giving you less of a chance to complete a level in one sitting. Bigger groups of enemies are abundant, which pushes your reflexes to new limits. In some places, however, the challenge a bit unfair. Unlike the other games, you always have three other toy Pokémon with you as either your friends (locally) or CPU-controlled players. When you are playing it alone, be ready to do most of the work on your own. Your AI-controlled partners seem to fall in battle more often than not, making them mostly useless.

In addition, it is no longer possible for you to change Pokémon on the fly, so you have to beat the stage usually on just a single life. You have the option to use your Pokémon coins to avoid failure upon death, but in some situations, it is a waste of resources. On your own, it is easy to get overwhelmed and sandwiched by a swarm of enemies. Strategy can be used so you can overcome the worst fates, but you have to learn those techniques over time. The variety of items is bigger than ever before, which can make the experience more approachable  once you understand what they all do. Different types of recover candies can restore health, a big key makes you big and doubles your strength, and a Master Capsule, will capture any Pokémon you want. 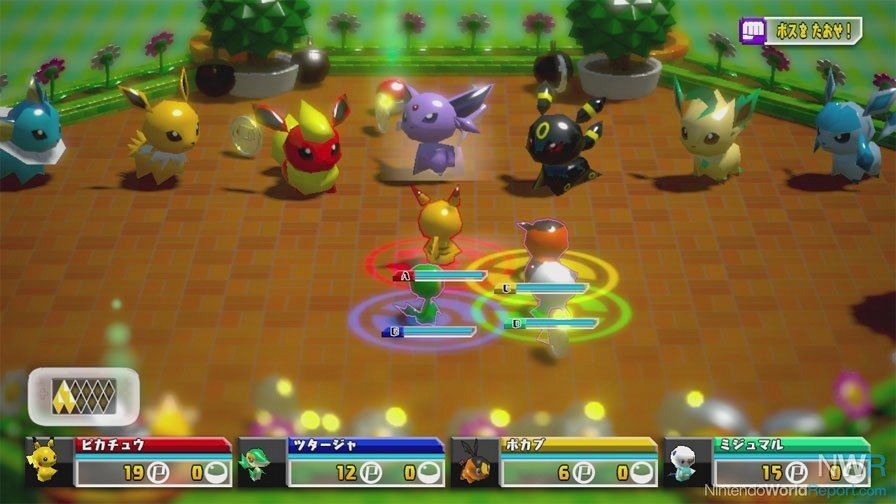 Speaking of your Pokémon, you can use NFC figurines to improve the strength of them. In the previous games, you were able to use the in-game currency to purchase new attacks or strengths to any Pokémon you wanted. In Rumble U, they moved all of that over to these figurines, making the features exclusive to them. This means that the Pokémon you collect will always remain at the same strength levels, and if want one with other attacks, you will have to go through the levels again and try to find another one. If you have never the intention to buy those critters for your shelf, you are left with a very gimped experience, in which your only course of collecting is by replaying stages.

If you don't the intend to finish the challenges, the game will take you roughly six hours to complete. After you wrap up the game, some additional stages are out there for you to tackle. Some of these will only become  available during certain times or days of the week. You can, of course, try to collect’em all, but it is up to you if that is worth the hassle.

Pokemon Rumble U was a huge disappointment to me, and even though I spent so much time with the prior two games, I won’t do that with this one. If you were interested in picking up one of these titles, you should give the other versions a chance and explore what the Rumble franchise is all about. Rumble U makes some changes to the series that make it far worse and less interesting. And as for the NFC features? I rather wished that they experimented on it elsewhere, as its inclusion gates previously accessible features with figurines and feels like a cash grab.

That's a shame.  I was seriously thinking about getting this game to play with my Son.

As I saw more and more of the preview videos for this game, I kept wondering where the road areas were. I gave up on it, which is why this game will definitely be a pass. It's a shame, because I love the series so much.

Just make a new Battle revoultion for the wiiU! :@