A thief with parental issues and a doubting religious zealot.

Pre-orders are now live on the Switch eShop for Octopath Traveller II, which means we’re getting precariously closer to knowing if Square Enix truly learned from the feedback from the original. Following up on our last preview, I will once again judge the pair of characters Square Enix is detailing in their latest update. In case you missed it, the merchant Partitio got a score of 2 out of 8 Octopaths, while scholar Osvald nailed a lofty score of 7 out of 8 Octopaths. 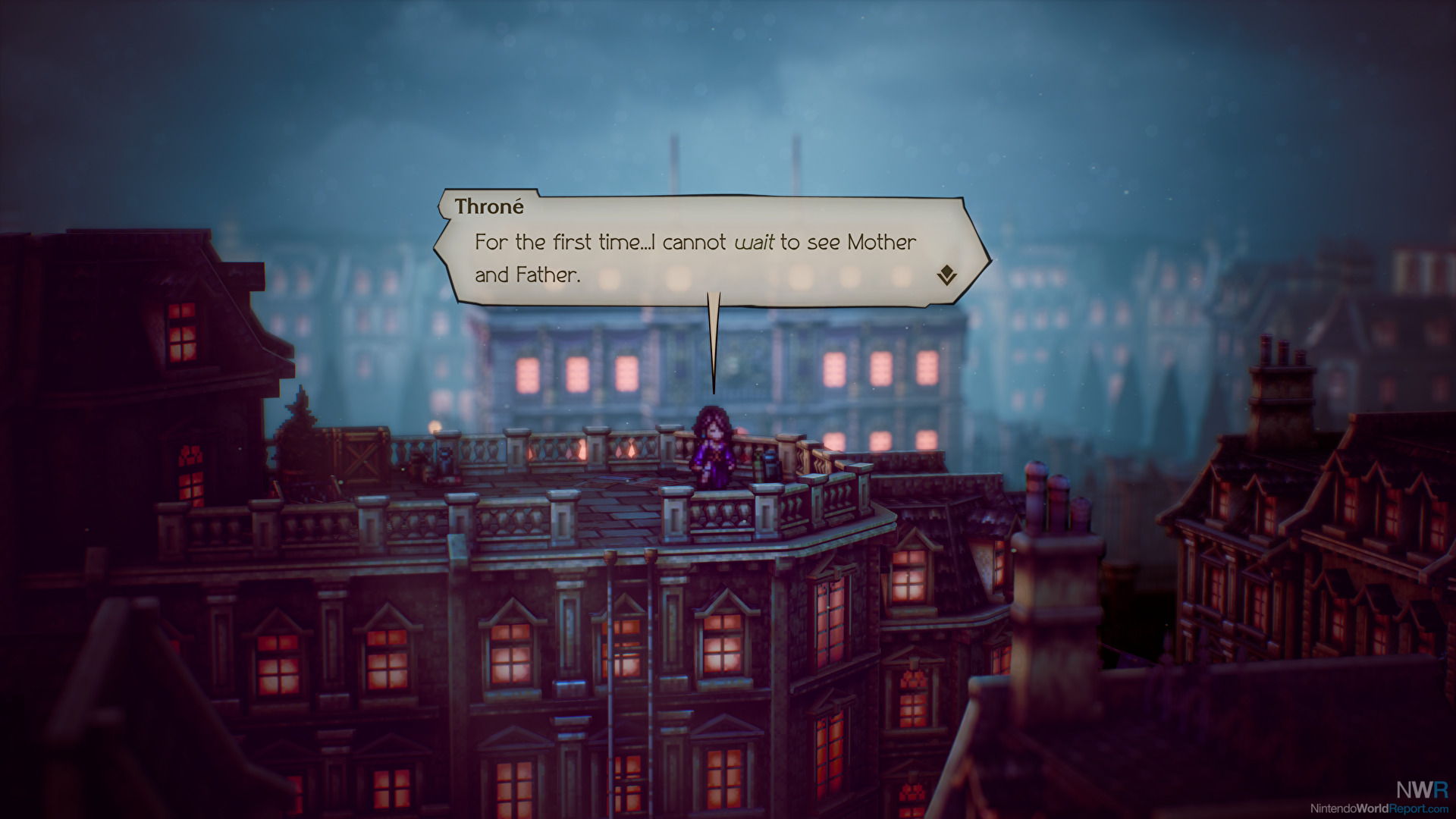 First up is the thief Throné Anguis, a member of the Blacksnakes guild who hails from the Brightlands. Her story appears to get at the heart of what makes a thieves guild tick, as the organization is run by a man named Father and a woman named Mother. This thieving family deals in the shadows, tying into Throné’s abilities that are largely amplified by the nighttime. Her daytime path action is a pedestrian Steal command, whereas she can knock marks down with the Ambush path action at night. I’m always a fan of thieves in these types of games because it’s fun to just pilfer the pockets of everyone, so Throné gets 6 out of 8 Octopaths. 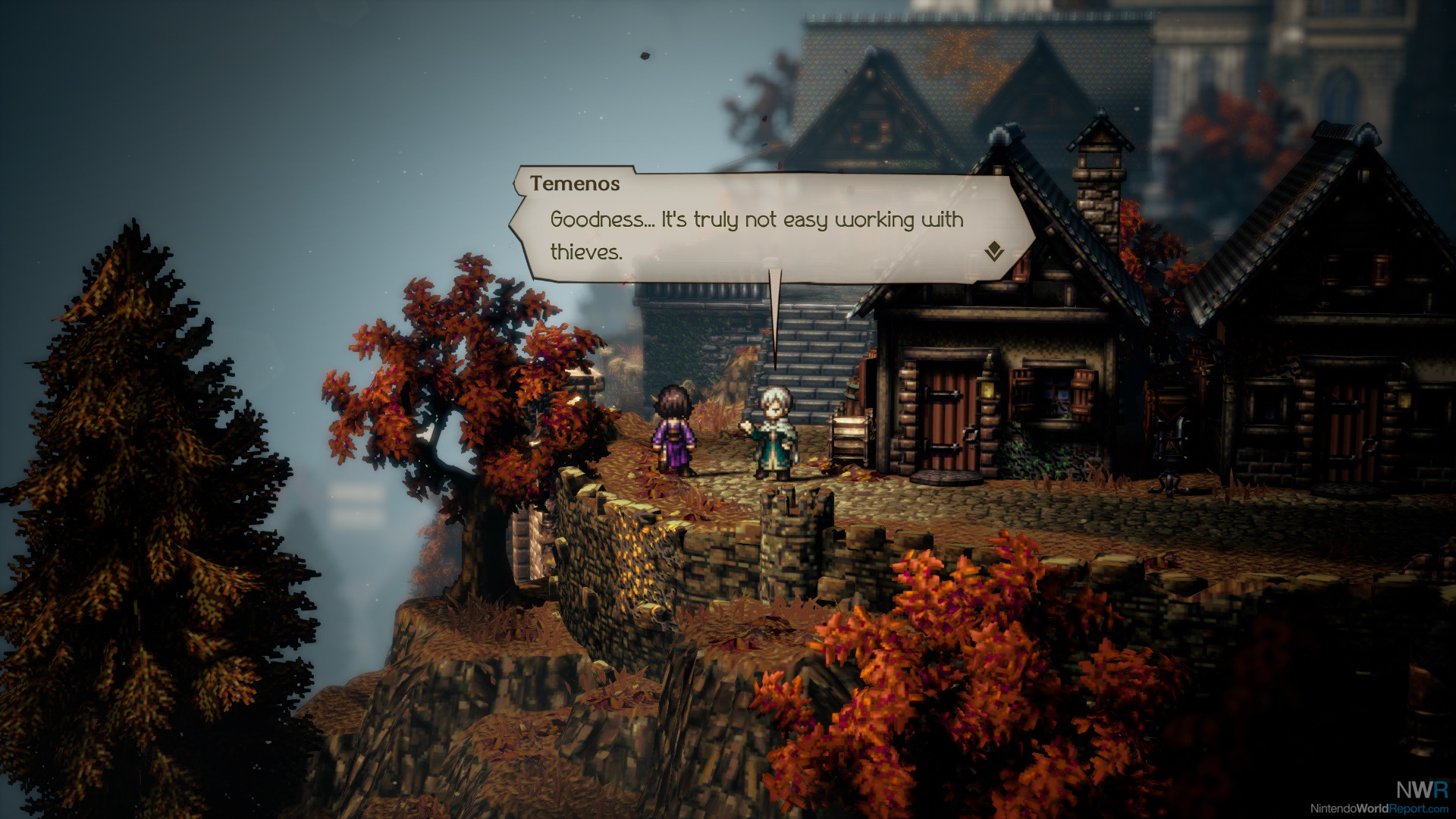 Temenos Mistral is the other new character revealed recently. This cleric from the Crestlands works at the church as a humble inquisitor until one day, an incident rocks the Order of the Sacred Flame and sets Temenos on a quest to find out what exactly happened to rock the foundation of the church. As an inquisitor, Temenos has some amount of charm, which shows up in his path actions. By day, he can guide people around and by night, he can beat the crap out of people to coerce information out of them. All in a day for a servant of the lord. I’m intrigued by Temenos, but I need to find out more about his Sacred Flame. For now, he gets 4 out of 8 Octopaths.

A new element of Octopath Traveller II is the concept “Crossed Paths,” where a pair of playable heroes have a shared story. Throné and Temenos team up to seek out a treasure nestled away in Temenos’ church. I assume they’ll go at night because both of them have a lot of nighttime benefits. 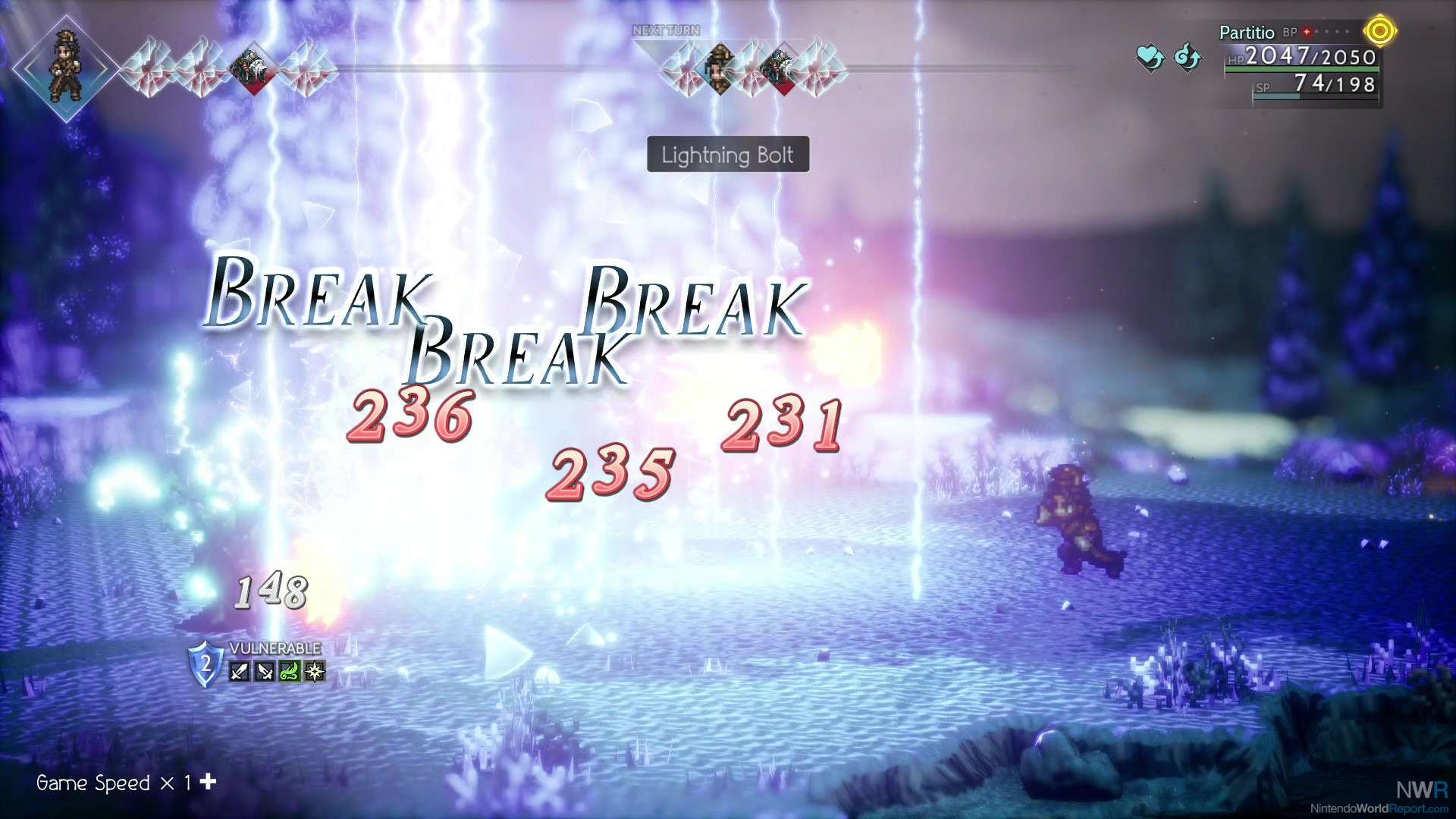 I feel I might have backed myself into a corner because I’m running this bit into the ground by making sure only one of each rating happens for the different characters. As of now, I have used 2 (Partitio), 4 (Temenos), 6 (Throné), and 7 (Osvald). That leaves the lowest rating and the highest rating, as well as two middle-of-the-road ratings. I hope one of the characters in the remaining four wows me. Conversely, I hope someone seems a little lamer than Partitio.

Until next time, remember to tip your RPG makers and join me in getting ready for Octopath Traveler II on Switch on February 24, 2023.