Toad finally gets his own game in this treasure-hunting puzzle-platformer.

Captain Toad: Treasure Tracker is a game no one really saw coming. While Captain Toad started out as a few sub-levels in Super Mario 3D World, the popularity of said levels was enough to warrant a full-fledged retail release full of them. While priced $20 lower than most retail titles, the game has 70+ brand new levels to keep people busy. 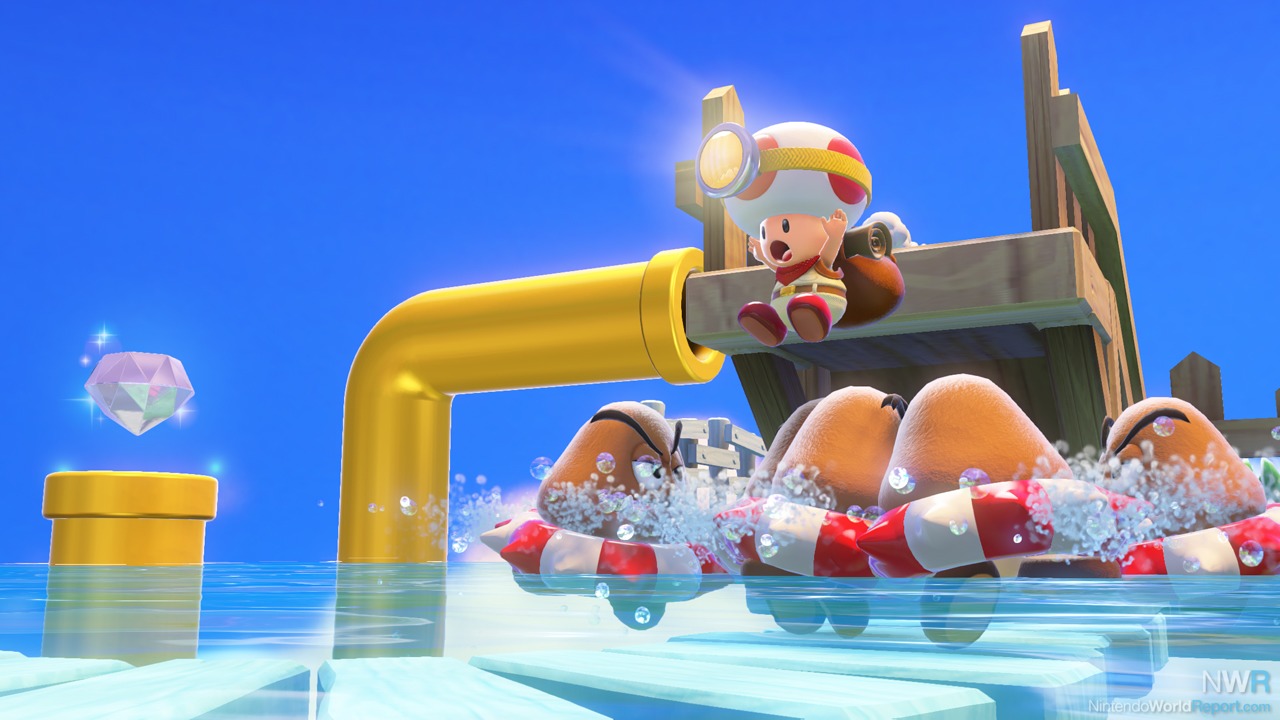 Captain Toad levels were sprinkled throughout Super Mario 3D World in which you controlled the treasure-hunting Toad. These levels were small, compact, cube-shaped levels, which you could freely rotate using the gyro sensor or right-analog stick. The twist is that Captain Toad cannot jump, making each level require more than just platforming skills.

Treasure Tracker seems to expand on that concept quite a bit. You collect gems instead of Green Stars (though you need to still collect a special Power Star at the end), and levels are no longer restricted to a single cube. Though they’re still floating in a mysterious spacious void, the levels have a lot more detail. The levels include gardens filled with Shy Guys, haunted houses with Boos sneaking around, ancient ruins that take you on a mine-cart adventure, jungle swamps with pirahna plants lurking about, Arabian palaces with stone guards, and even giant, flashy pinball machines. There are a few boss battles in the mix, including a giant magma monster who spits giant fireballs as you ascend a giant volcano. 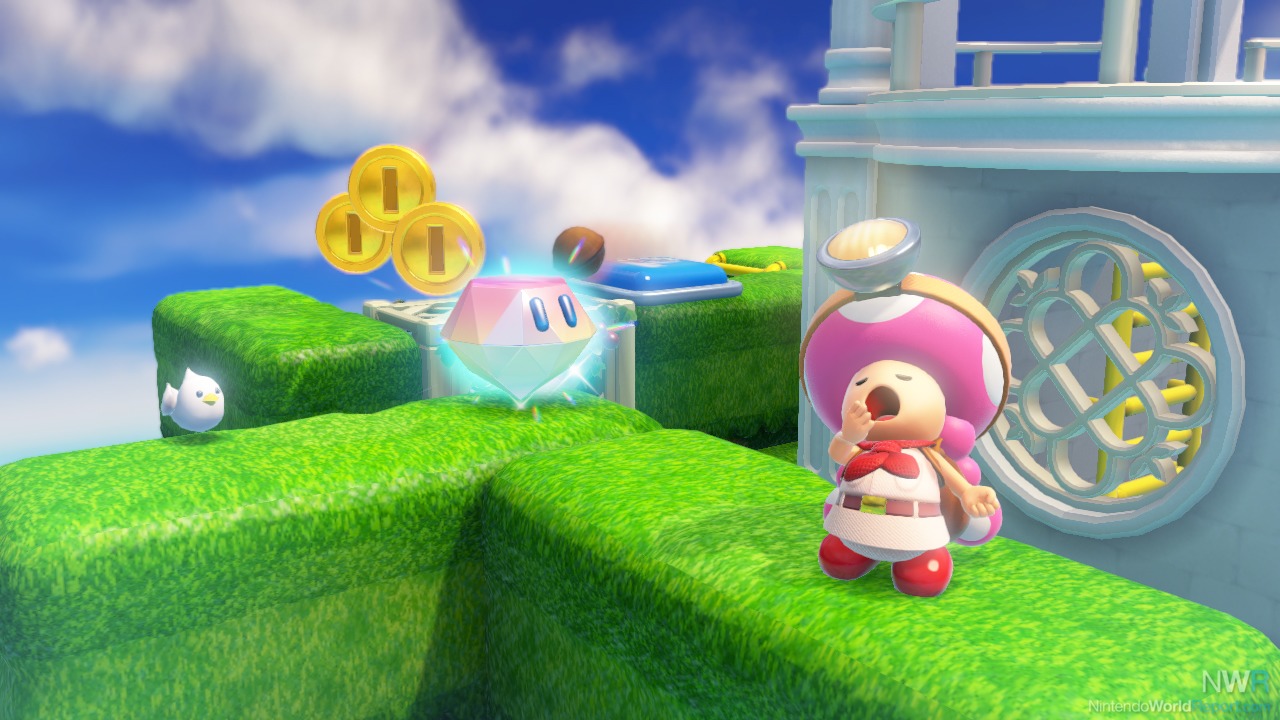 Toadette will also be playable in certain portions of the game, marking the first time she’s ever starred in a non-sports game. She is accidently snatched up by the game’s main antagonist Wingo, a giant raven wearing a turban, while she was grabbing the same Power Star that he was after. It’s unknown if there will be any sort of co-op, nor if Toadette will have any major differences in control or play-style, but having her in the game is a welcome addition.

Some of the newer mechanics in Treasure Tracker include the ability to pick and throw turnips from the ground, paying tribute to Super Mario Bros. 2, as well as new items like a pickaxe that lets you dig through bricks and other terrain, and pull-switches that unhinge different objects. The game also borrows various elements from 3D World, including the Double Cherry power-up that allows you to control multiple Toads at once, and the P-Switches that cause various changes in the level. Several enemies from 3D World such as Biddybuds, Conkders, Walleyes, and Pirahna Creepers also make a return appearance. 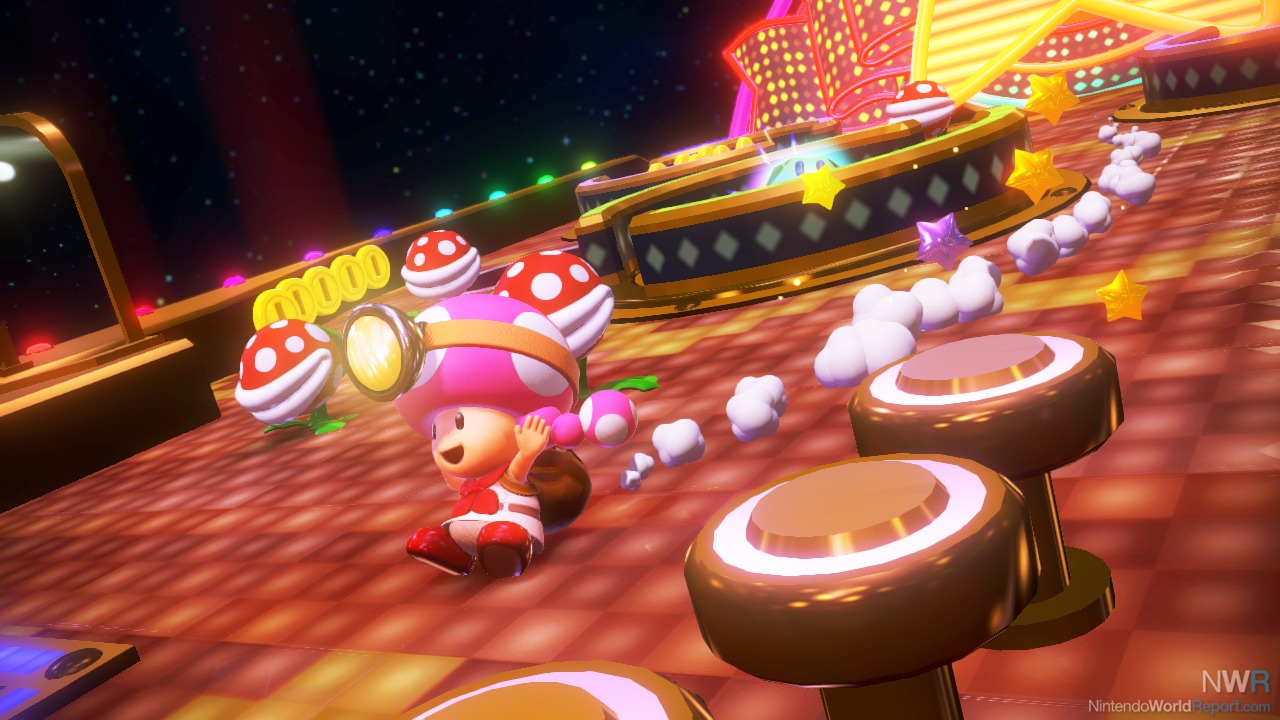 Captain Toad: Treasure Tracker is shaping up to be an expansive follow-up to the Captain Toad portions of Super Mario 3D World, and is due out in Japan on November 11, and in North America on December 5. Europe and Australia will have to wait until January of 2015.