Hardcore first-person Japanese RPGs may be getting a little friendlier. 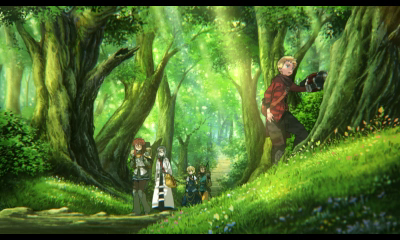 Etrian Odyssey Untold: The Millennium Girl is Atlus’ newest entry in their growing Etrian Odyssey franchise, found exclusively on DS and 3DS systems. This one deviates from previous titles in that it isn’t a sequel, but rather a remake of the first game from 2007. The Etrian Odyssey games have been held up by hardcore RPG fans as an example of how to modernize the RPG genre without watering down the formula. And while Etrian Odyssey was a hardcore game best suited to hardcore players, Millennium Girl seems interested in bringing in casual observers as well.

The biggest new addition is a story mode which teams you up with preset characters and an actual ongoing plot, something that the previous games didn’t include. While a “Classic Mode” is still included for players just looking to dive into the dungeon and start crunching numbers, the story mode will hopefully provide an easier starting point for some. Atlus has been very clear that this isn’t just a port of the original game; in addition to the story, the game is getting a graphical facelift and new dungeons.

According to Atlus, the story is based around a Highlander who has come to “investigate an abnormality occurring in Etria.” He teams up with some researchers who have also come to investigate the strange occurrences, and, as you may have guessed, they end delving deep into the Yggdrasil Labyrinth.

Basic functions like the mapping and battle systems seem relatively intact, but to make up for the loss of party customization Atlus has added what they’re calling “Grimoire Stones,” which players can use to customize the preset characters in story mode. Grimoire Stones are generated by characters during battle, and contain an array of skills specific to that character as well as some picked up from the monster you are facing off against.

They can then be fused with other stones to create custom sets of skills to either reinforce or diversify a character’s abilities. All of your Grimoire Stone management is done from your Guild House in town; the house also provides bonuses and special gifts that help your party during the adventure. 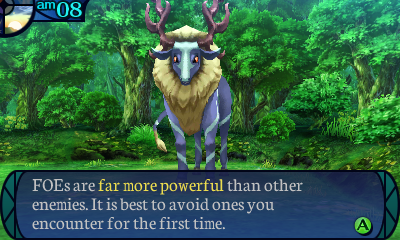 These additions seem to be very well suited to new players, and, with any luck, this entry can help the series grow even larger. It’s nice to see hardcore, first-person RPGs like the Etrian games still on the market, and hopefully Millennium Girl is able to bring in new fans to the series. The game is currently set to release in North America on October 1, and will include a CD containing music from composer Yuzo Koshiro and a commentary book from the game’s creators. Curious 3DS owners can pick up a demo of the game from the eShop on September 16. 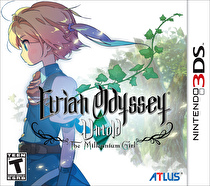