The new action-RPG aims for expanse on the 3DS.

In a year potentially seeing the release of both Diablo III and Torchlight II, room for another isometric role-playing game heavy with dungeon exploration and loot management might not seem likely. While the aforementioned pair will reign over the PC space, however, Heroes of Ruin looks to fill the same role on the 3DS. Though its game exists on a more limited plane than the other heavyweights in the genre, developer n-Space seems intent on imbuing players with a similar sense of depth in Heroes of Ruin. 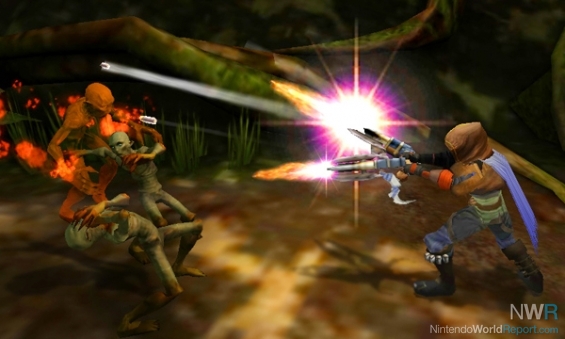 Players begin by choosing one of four mercenary characters vying to uncover the item necessary to removing the curse afflicting Ataraxis, ruler of the game’s central city, and earn a hefty reward. Each character (the Gunslinger, the Architect, the Vindicator, and the Savage) carries a unique motivation for completing the underlying quest, and embodies one of the game’s four classes: the Gunslinger excels in the use of firearms and all manner of ranged weaponry; the Savage relies on brute force and up-close attacks; the Architect employs a variety of spells to dispatch enemies; and the Vindicator moves through battles wielding a sword. Though the unique skills of each differentiate the characters’ combat styles somewhat, each has a suite of standard actions, including normal and charge attacks, blocks, and dodges.

Additionally, each class has access to three skill trees. Referred to as the Sentinel, Warden, and Crusader branches, these lines of similar skills can be upgraded with experience to bolster a character’s current powers or gain access to a handful of new abilities. Upon leveling up, a character also receives statistical bumps in three passive categories: Might (which governs the amount of damage dealt by the player), Vigor (a measure of a character’s health), and Soul (the amount of “energy” a character holds). 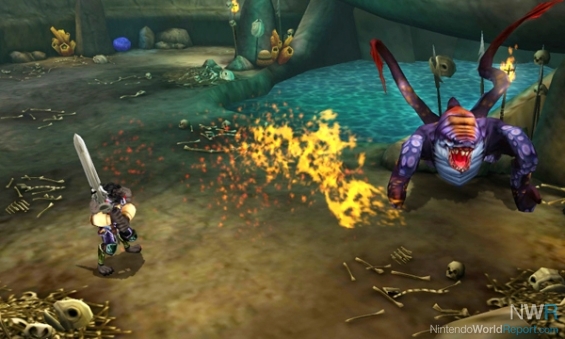 Though only a single character represents each class, player are able to customize their choice, first through variations in skin and hair color, and later by equipping acquired or purchased loot and items. An extensive randomization system governs the latter in Heroes of Ruin (including weapons), a feature that could presumably offer myriad paths of character customization, as well as incentives for thorough and continued exploration of the game’s numerous areas and side quests.

In addition to the single-player component, Heroes of Ruin features several online and multiplayer systems. Up to four players can drop into a game and play together using Wi-Fi or a local connection, with the game automatically fluctuating the difficulty to account for the number of participants present. During cooperative play, the game also tracks and doles out experience based on the amount of time spent with a given companion. Heroes of Ruin also uses both StreetPass and SpotPass to give players access to the Traders’ Network (a market in which players can buy and sell items with each other), and daily challenges and quests, respectively.

The release date for Heroes of Ruin is currently in flux. It was originally slated for an early 2012 release, but has been pushed back consistently. Right now, the 2012 part is the only thing we're sure about. It could be out by summer, or it could slip until fall. Who knows.

The "Gameplay Introduction" video on the eShop covers some of this and more (check it out if you haven't seen it yet).  I am surprised this preview didn't mention that the game supports voice chat.

n-Space Senior Producer - Tim Schwalk (12/2011):
"It’s so easy to  jump into an online game and not only play with your friends, but chat with them as well. In Heroes of Ruin, you can even play games with “strangers”, complete with voice chat if the parental settings on your  console allow it. There are no difficult hoops to jump through or crazy  restrictions. Nintendo did an outstanding job with the 3DS, and Heroes of Ruin is going to be THE game to get to show off the connectivity  options of the system."


The game also supports connectivity to your profile on the game website:
"you will be able to link your game profile with your web account. This will give you a vast number of cool features that we can’t go into just yet, but one of those will be leaderboards. You’ll be able to see your position, your friends and the people at the top. Our query is on the criteria that would be used to rank you. You’ll be able to see who’s killed the most enemies, who’s spent the most gold, but there’s one category we’re not sure whether to include - time."

I'm very undecided on this game.  We'll see what happens when the release date draws near.

I'm excited about this game and look forward to hearing more. It might miss the mark, but I believe that Heroes of Ruin could be a top shelf game for the 3DS if the gameplay is solid and online play is as robust as suggested.
*fingers crossed*

Been wanting this for a long time. With the set characters and skill tree, it reminds me of Borderlands.

I didn't really know anything about this game besides who was making it before now, but after reading this I'm really excited for it. I've wanted to play a game like this recently, and to get one on the 3DS, which is by far my primary gaming platform right now, is fantastic.

I'm always up for a nice action-dungeon-crawler like Diablo, online focus isn't too good of an idea though since you won't often be in range of a WLAN connection.

I've already pre-ordered my copy! At the time it was slated for a March release, which  was frighteningly close to Kid Icarus... *eep!* Maybe it's best that they space Heroes of Ruin out a little further after all.

I was the editor who added the release date stuff, and I can comment on it a little further.

I believe Aaron saw this at GDC (impressions were embargoed, I believe), and the word there was that no one knew when it was coming out. That's kind of a good thing, I think, because it means Square Enix is giving it time to develop and be the best it can be.

Hopefully we'll get some more insight as it should be at PAX East.

I'm just a little concerned that they keep talking about things like features, online services, character development...but not as much gameplay?  Maybe it's just because gameplay is the most difficult thing to really convey in any concrete way, but still.......and is it me, or does the game look bad in screenshots?

Yes, impressions are embargoed, and I can't get an answer as to when it will lift. So, yeah, big unwarranted marketing fail on their part.

As long as they're taking their time, I hope that they are incorporating feedback from the ones who have gotten to play it. I'm curious to hear about the hands-on impressions because issues are often brought up that may or may not be addressed before its final release.

I didn't know anything about this game before reading these impressions. It sounds interesting. Wikipedia has this coming out in July which I presume is just a place holder date. Since I'm a backwards lefty who apparently can't play Kid Icarus correctly without a $20 peripheral, this may be my next 3DS purchase. Hopefully, I'll be done Xenoblade and/or The Last Story by the time is comes out. 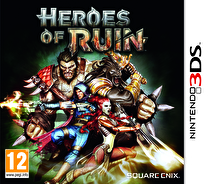