Super Mario Galaxy was on display at E3 2006, consisting of tiny planets. The demo provided branching, linear paths among the planets with goombas, coins, platforming and bosses. Mario was controlled much like in previous games using the analog stick, Z and A for Mario’s standard set of moves in 3D, and shaking either the nunchuck or remote performed a spin jump. The Wii remote and B trigger button act together as a pointing device used to collect star shards and pull elastic items.

PGC recently had a chance to talk with Takashi Tezuka about Super Mario Galaxy, who is performing a supervisory role on the title. He confirmed that the demo was a “compressed environment" designed to show off many of the game’s different concepts, and that the tiny planets will fit into the Mario universe in the final game. Although the large planet in the demo’s background remains a mystery, Mr. Tezuka explained that the tiny planets evolved from Mr. Miyamoto’s experiments with Mario running on spheres and a desire to take Mario outside of his traditional confines.

When asked about controlling Mario on Wii, Mr. Tezuka revealed that the team had initially designed many different moves for Mario triggered through gestures. However, Mr. Miyamoto found that these moves were complicated and unnecessary, so he "upended the tea table" by asking for their removal. Still, Tezuka confirmed that the full game will have more uses for the remote than are found in the E3 demo. He also told us that changes such as the automated camera were a result of internal discussions among the Super Mario Sunshine team, admitting that Super Mario Sunshine’s camera made the game more complicated.

There are still many things about Super Mario Galaxy yet to be revealed. Stay tuned to PGC in the coming months for further details on the game.

So it seems that old Spaceworld 128 demo with them on the sphere actually did turn into a game.

The camera does make Super Mario Sunshine more complicated, but without it, it could be even worse. I'm pretty sure Nintendo will figure out a good way to do it in any case, but I think the ideal is a game where the player can control the camera, but rarely needs to.

Camera looks brilliant in this game so far. I love controlling the camera while fighting and playing in SMS and Wind Waker, it makes it all even more fun and awesome, but I won't miss it too much.
Plus this game looks incredible. 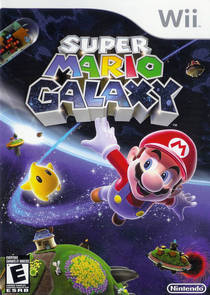