The mailbag's back and it's better than ever (kind of)!

Hello and welcome to the third iteration of the All-New, Rarely-On-Time Bi-Weekly Mailbag! You might notice that today is not Monday, May 31st, 2010. Do not be alarmed - I'm just as shocked as you are! I don't have any grand or suitable excuses as to why this mailbag didn't go up on time, but that won't stop me from shifting the blame to someone else.

You see, boys and girls, last weekend I took a trip up to Tallahassee, FL to, among other things, kick it in style with Mike Sklens. For an upcoming podcast, we drank a whole bunch of booze. I'll supply you with an artistic rendering of what transpired: 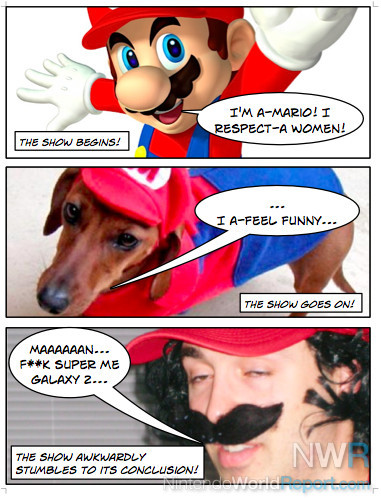 So with that out of the way, let's do it to it!

Captain N. from Brooklyn, New York don't want no trouble. What he does want is an answer to this question:

What do you think are the chances of Nintendo showing Eternal Darkness 2 at E3 with use of the Vitality Sensor and do you think that it would be a good idea in that type of game?

That's a really cool idea for an Eternal Darkness sequel, Cap, but I just don't see it happening. Denis Dyack's talked about producing a sequel to the early GameCube gem, but considering Silicon Knights' track record when it comes to development time, I seriously doubt they'll have anything presentable by E3 later this month. Heck, I'd be hesitant to say they'll have anything presentable by next E3, especially since we don't even know what they're working on next.

Keep those hopes alive, though, Captain N. from Brooklyn, New York! If NiGHTS fans can get a sequel, anything can happen! 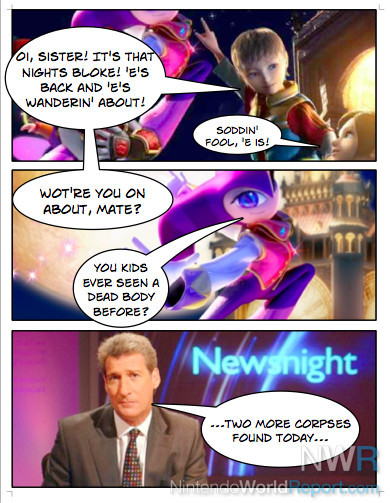 Zoltan made his country proud, and now he must know:

Hey, here's something that you should be able to answer easily being the genius you are:  If you hook up a Wii with a component cable and play a Game Cube game that supports progressive scan will that feature be enabled?  And while we're on the topic, what is progressive scan?

Great questions, Zoltan! When you play a GameCube game on your Wii, your system, for all intents and purposes, becomes a GameCube with the same system specifications and resolution options. If the game supports progressive scan and you're using component cables, you're good to go!

Now, as for your other question, content being displayed in progressive scan means that each line of the image is drawn in order, from top to bottom (progressively). This is in contrast to an interlaced image, in which rendering occurs every other line, and only fills in the even blanks upon completion of the odd lines. In a medium like video games, where refresh rates are generally very high, content being interlaced can often lead to an image looking jittery or jagged.

In other words, Zoltan, 480p (aka Enhanced Definition Television or EDTV) is pretty rad. 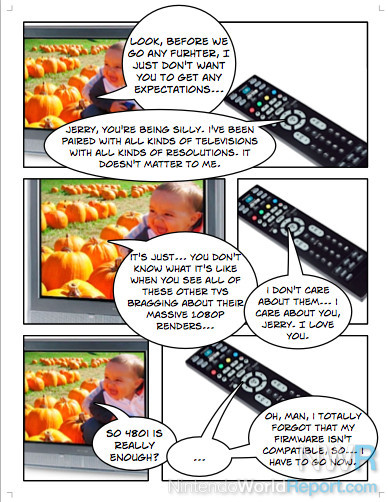 Waisu from Warcraft on Battle.NET might be confused, but still demands:

Let me get this straight.

You were playing Warcraft on Battle.NET, and apparently you did something heinous enough to get thrown off by a moderator or whatever. Then you strolled onto a Nintendo-focused website and deemed it possible that I hold the power to give you your account back?

Waisu, I think you need a time-out from the internet. 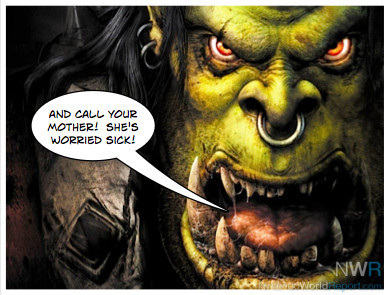 With the DS being out since 2004 and the Wii since 2006, why has Nintendo not packaged any games under their 'Player's Choice' marketing label in the US?

Funny you should ask, because…

Noname from California might not have a name, but he's got a question:

It's been a while since Nintendo released that Everyone's Recommendation Selection series in Japan. Any word if North America is getting something similar?

Well, boys, I went on ahead to the Big N themselves, and unfortunately they don't have any information to share on the subject. If I had to throw in my own speculation, I'd guess that with Nintendo's blue ocean titles selling like gangbusters, there's no reason to lower the price under a Player's Choice banner.

I wouldn't rule a bargain label out entirely, though. As Wii releases start settling down in anticipation for the next console, I'd be surprised if we didn't see some sort of initiative in place to drive new sales in Nintendo's back-catalogue.

So, ultimately, if you're willing to be patient, I think we'll be seeing Player's Choice return eventually. 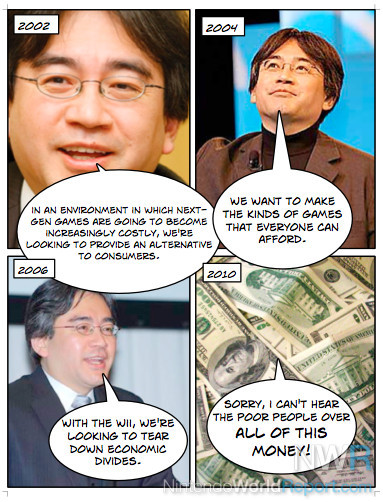 mudjah from Sweden knows talent when he sees it:

Karl. I am glad to see you back at NWR, you rock!

Why thank you, mudjah. That's very kind of you to say! 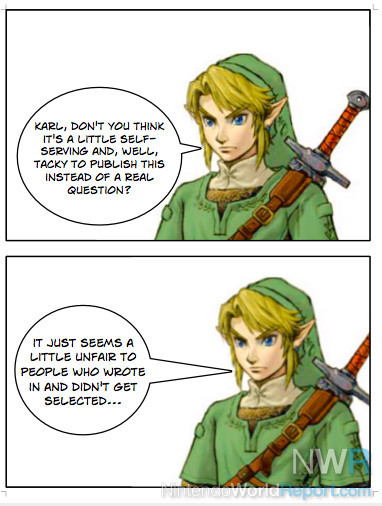 And that wraps up another edition of the Monday Morning Mailbag. Come back next week, will ya? And while you're at it, make sure you hit me up with more questions. Also be sure to stop by the Talkback thread!