Interview with Shin'en about How FAST Racing Neo Came Together

Daan sits down with the developers of his futuristic Wii U racer! 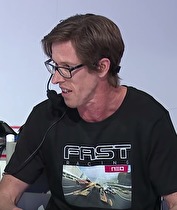 In this interview, Daan has a chat with Martin Sauter from Shin'en. The team has brought various games to Nintendo systems and they are currently polishing FAST Racing Neo to perfect shine. The interview talks about the decision to make the sequel, the variety of content and the options that are available to the players.

Nintendo World Report (NWR): I'm here with Martin (Sauter) from Shin'en, and they're working on a game I'm very excited for which is FAST Racing Neo. Martin, could you introduce yourself to the audience?

Martin Sauter (M): First of all, thanks for having me. I'm Martin, I'm from Shin'en Games, the art director for all our games and I'm here presenting FAST Racing Neo. We hope we can talk about it today.

NWR: Absolutely. Neo is the follow up to a beloved WiiWare title - at least to me - which mixed Ikaruga with futuristic racing in such a fun way. How does Shin'en reflect, looking back at that game?

M: The reason to follow up on this game was not to do that, we read during the time we were doing other games we were reading forums and picking up opinions and how people feel about the game. Even now, we still get feedback about the game. When we started developing, we found out this game had a living. People still played the game and downloaded the demo even if WiiWare was kind of dead. Maybe it's a smart thing to build on that, that's a good foundation. We got feedback and collected that and built something out of that.

NWR: It felt right to return to that concept.

M: We knew a similar playing futuristic racing game wouldn't be enough. We knew there were fans from the old games, so we didn't want to give them something that wasn't like the old games. The switching mechanic was important, but we refined it, presented it in a different way, and I think connected with everything else which is new in this game, I think it turned out nice and fluid to play. 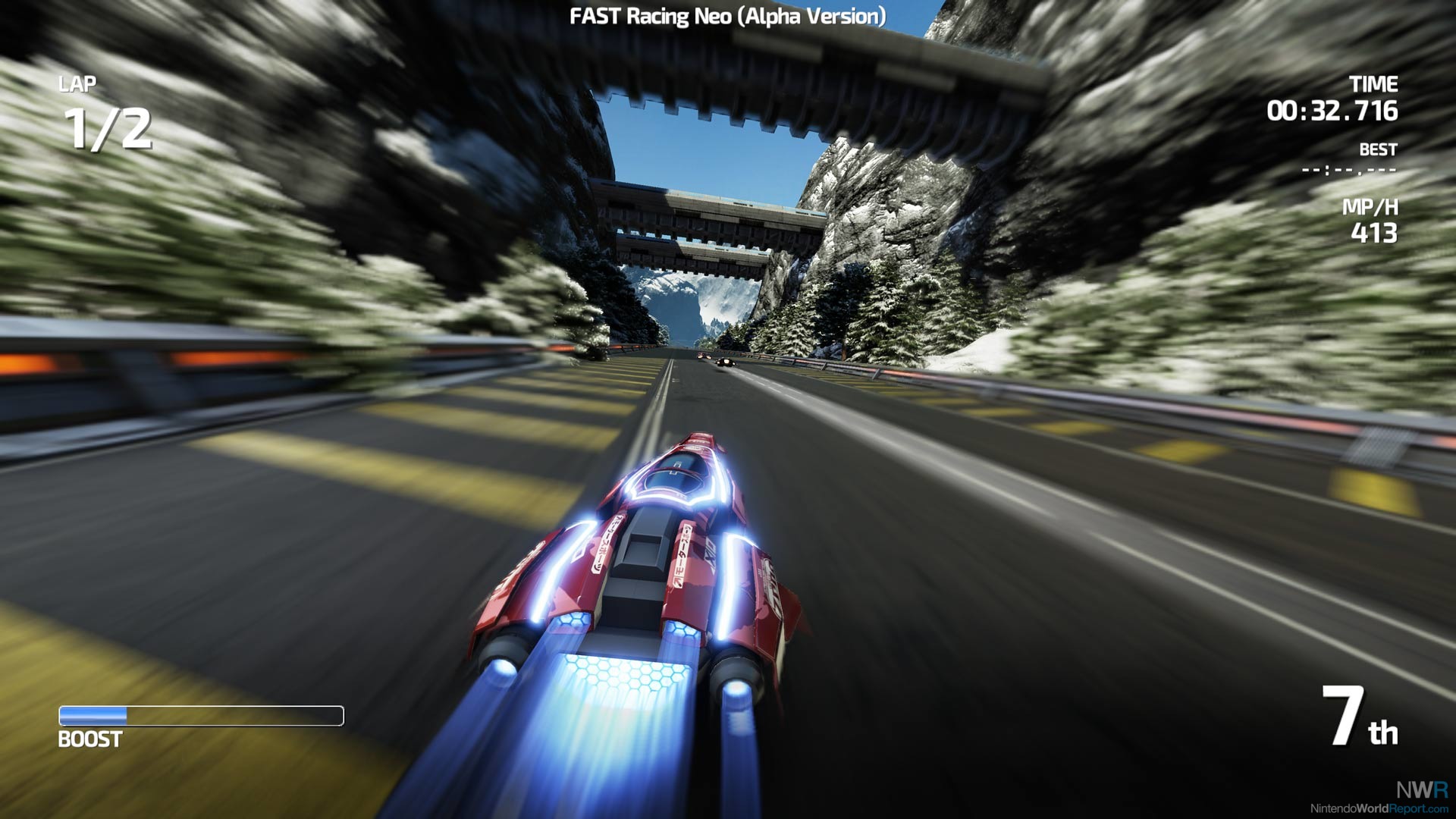 NWR: Fast is in the title, so it's all about speed, yet while playing the build I felt completely in control. How do you find a balance? Are there perfect controls for this?

M: I think we're from an arcade background, we love arcade games, and in the first 1 to 5 minutes it should work or you're not going to throw another coin in there. That's how we enter developing the game - we spend a lot of time tweaking the speed and camera angles to make it feel right. That's why it takes a little longer to get games from us - it takes time. It's a matter of adjusting, iterating, other people testing the game to find the sweet spot where it feels good in the beginning. Later on, when we introduce the higher speeds, you need the knowledge of the track, need to use the extra controls, the strafing to get around corners, to give a challenge to experienced players.

NWR: The game has been in development for a good while now. One thing that's important with a racing game is the tracks itself. How much variety will we see in this entry? Can you give some examples?

M: We'll have 16 unique tracks in this game. This was a focus in development, to not do the same thing all over again, to bring in new elements in every track so you're excited. For example, there's a track where a giant robo mech-spider crawls over an overgrown city. We have a track with sandworms which don't affect the gameplay, but sometimes there's asteroids that you have to avoid or boost through them, they affect gameplay. It's about speed and on the other side, excitement. There's a sense of surprise sometimes - I don't want to spoil anything, but we have a waterfall, "Can I go through it"? It's not too much - it's a racing game, not a puzzle game or an adventure, but we want to surprise people throughout these 16 tracks, to make people want to unlock everything.

NWR: How much have the mechanics changed over the previous game? Is the Ikaruga elements, the color switching, still an important factor?

M: Yes. I don't think you can navigate these tracks without the switching mechanic. We don't want to slow the player down so they die, but there's some jumps you have to be the right color to master it. In the end, if you want to unlock everything you have to use everything. First of all, the switching mechanic. Second of all, you need the orbs where you collect boost power to boost between those elements where you switch between colors. 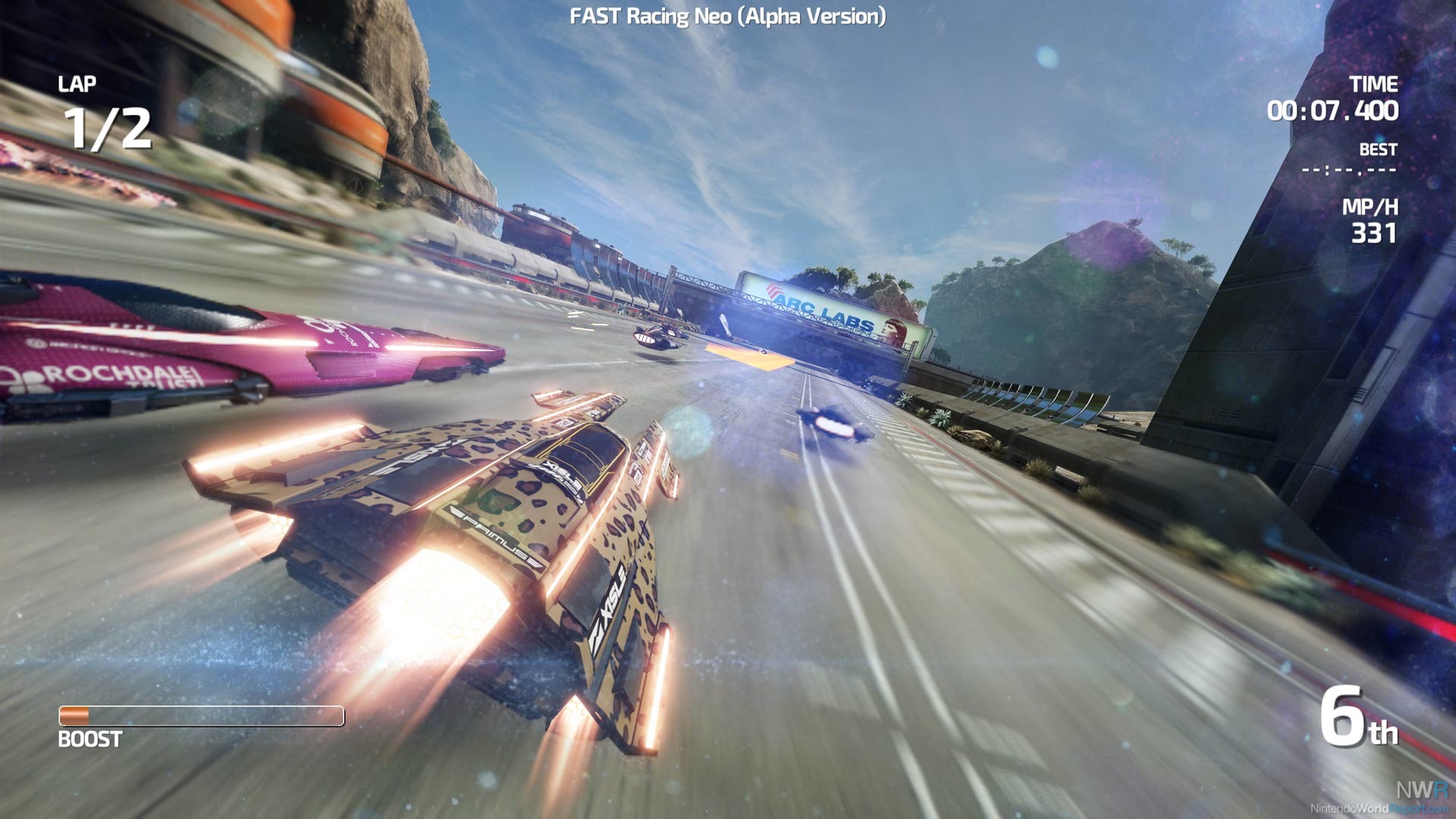 NWR: In the final game, what will the feature set be like? Will multiplayer be in there, and what can the solo player expect? Will the challenge levels from the first game be present?

M: No, we left the challenges out for various reasons, but we have a hero mode, something for the core gamers where we make it - I wouldn't say extra hard or punishing, but the mechanics are different and it's something for the skilled power. I can say the boost power is shield power, I think most people can imagine what will happen, it'll be very hard because you can't bump into everyone. It's going to be something very special.

NWR: What makes FAST Racing NEO a Wii U game? Are there things the team could only do on a Nintendo platform?

M: It's hard to say because we're a Nintendo developer. We develop every game on Nintendo, so I don't know what would be different if we would go and develop a game on another platform. We think Nintendo is a good environment for us, we're very happy, there's no reason to change. We want to show that it's possible to develop a full-featured game because it has 16 tracks, 60 cars, multiplayer, local 2 and 4 player splitscreen, online multiplayer, hero mode... it's like a full featured game, but it's on the eShop. I think that's the way to go, and even for Nintendo that's something special. We think we can put something special out there, and we hope you can support us to bring those kinds of games in the future.

NWR: On a more personal note, what I like about Shin'en is that you make really technically sound games. How much pressure is spared in getting things just right?

M: First of all, thank you because of course we're the technical engineers, we really want to push the hardware. For us, it's a challenge to show other studios we can do things on Nintendo platforms, because it is powerful hardware, you just have to use it the right way and sometimes use some tricks. You saw it, 60 frames and fluid, it's possible and I love it. And as we've developed for 20 years and we have our own engine we know many tricks and we go very down to the core and as you've seen, everything's basically possible. Lots of it goes to experience, I guess. 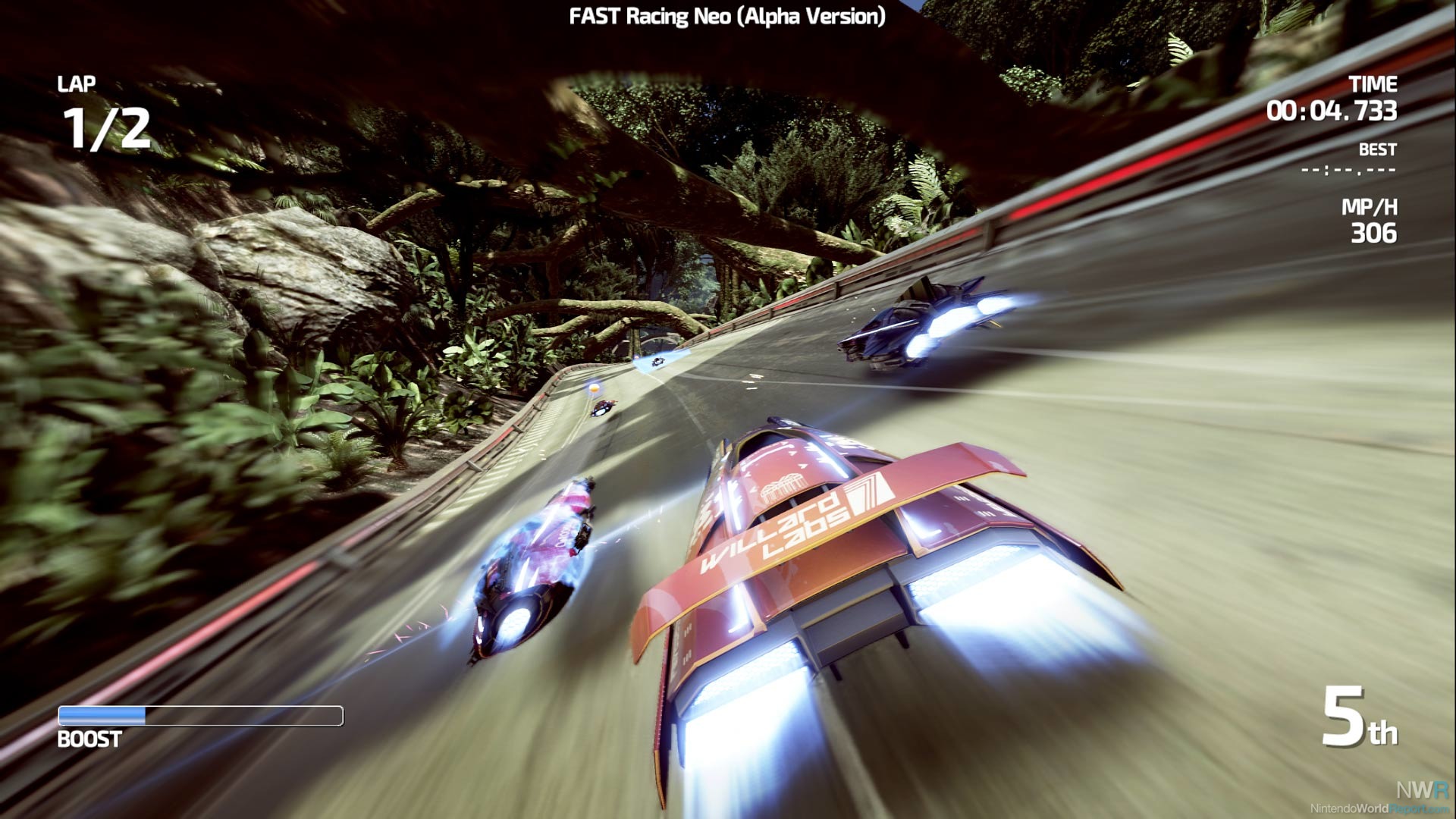 NWR: Where does the studio see itself in a couple of years from now? You've said you only make games for Nintendo systems, so are you already thinking about what's next after FAST?

M: We're already brainstorming but we can talk about it when we're ready. Fact is, we don't know what's in the future, but we'd love to stick with Nintendo hardware, eShop games and if FAST is a success we'll keep going. Maybe next year we'll talk about the next game.

NWR: Is there anything else you want to leave us on as we bring this to a close?

M: I just hope Nintendo fans see the game, try it out and support us, because we think this is something very special even for... in the eShop there are good games, but we hope stands out in value. Please support us to show other developers and the consumers that there are great games on Nintendo platforms, and support them and we can do more of that and just make the platform better for everyone.