We talk with composer Jake "virt" Kaufman about his music, his inspirations, and Neoclassical Wank Metal. 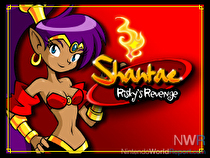 From his prolific origins in the VGM remix community to his work on higher-profile titles (including Contra 4, Mighty Milky Way and Mighty Flip Champs, Red Faction Guerrilla, the recent BloodRayne: Betrayal, and the Shantae games), Jake Kaufman has been involved in the creation of video game music for a number of years. Nintendo World Report recently had an opportunity to speak with Jake about some of the factors behind his process as a musician.

Nintendo World Report (NWR): You have a pretty rich history of involvement in both the remix and independent composition scenes. For those unfamiliar, what was your path from that level to where you are now? What is it about the smaller, independent side of music creation that still resonates with you?

Jake Kaufman (JK): When I started out, everyone was into MIDI files and tracker MODs, compact music formats that could be transferred over a 14.4[K] modem in less than 3 days. They also didn't require any expensive music equipment to make—just your computer and a sound card. In the hobbyist "scene" I was part of (and still am), plenty of us were obsessed with video game music, and made all kinds of covers, recreations, and arrangements of our favorite songs. In the late '90s, computer music gear started to become far more powerful and affordable, and everyone built up virtual studios with insane synthesizer plugins and virtual orchestras. I eventually learned how to produce music using mixers and EQs and the like, but I never lost my fondness for programming songs in a hexadecimal spreadsheet. As luck would have it, there was a demand in handheld and mobile game development for musicians with my exact skill set...and next thing you know, I'm getting paid to do something I was already doing just for fun. Still am.

NWR: With something like Kwakfest [a one-hour social composition exercise native to the VGM remix scene], the emphasis is on focusing and refining the composition process in a fun and creative way. What has that kind of experience taught you about the way you work?

JK: It taught me to fear the day my clients find out I can write a fully realized song in one frenzied, sweat-marinated hour, and start expecting 20 songs in 20 hours. Uh-oh, hospital time!

NWR: In some of your independent work, you often add a vocal layer of your own, either by singing or even using your voice as an instrument. How do you view the addition of vocals, of any kind, to the creation of a piece?

JK: I don't know any decent singers who are willing to record vocals for free at four in the morning, and sometimes I just sort of KNOW something needs lyrics; I hear them in my head. If I have to suffer, everyone else gets to suffer as well, so out comes the mic. For obvious reasons, I prefer writing lyrics for other people to sing, whether they're in hilariously broken Japanese or are about vampires.

NWR: Your work for games encompasses a fairly broad stylistic range. Is there one genre, or platform, even, that feels best to work with, or provides the richest return for you as a musician and composer?

NWR: When it comes to evaluating your own work (independent and higher profile) do you personally regard anything as “the best” or even just your favorite?

JK: Tornado Man: Integer Spin, from the Chiptuned Rockman album. I don't even understand what the hell I was doing, I just woke up at my desk one day with sore shoulders and a metallic taste in my mouth, and it was there. But, generally, anything I'm working on now, I tend to enjoy better than anything before it; I am constantly learning new hacks and tricks, even though the more I learn, the more I realize how very little I know (gong sound, moment of quiet reflection).

NWR: There’s a sense of fun and eager playfulness that often comes through in your work. Is this a quality that you strive for or feel aptly represents your style?

JK: I'm happy that you notice that. Life is short, and I want to spend as much time as possible laughing like an idiot, and making others laugh like idiots and headbang like they mean it. That's what drives me.

NWR: When composing for BloodRayne: Betrayal, was there anything you drew musically from the two previous entries, or the series’ transition to a 2D presentation?

JK: Nope. Just went for a clean break. I have played the previous games and even watched ALL THREE movies, but my goal was to have an amazing time with Sean Velasco, the director. His aesthetic was a combination of super-classy gothic elegance, and raptors jet-skiing through lava while shredding on guitars. Most of what I do isn't born of some grandiose artistic vision, it starts as "Dude, you know what would be F-ING AWESOME?"

NWR: Is there a difference of mindset when approaching a larger-profile project compared to games like Mighty Milky Way and Mighty Flip Champs?

JK: Nope. Though when Cave hired me for Daifukkatsu, there was a difference of pants, because I peed the ones I was wearing. And when [WayForward] called me about Contra 4, I had to punch myself in the groin about 80 times to make sure I wasn't dreaming.

NWR: Are there any game soundtracks, individual pieces, or composers that you see as inspirations?

Game soundtracks I admire (there are hundreds, but here are a few): ActRaiser 1+2 (SNES); LandStalker (Genesis); anything Nintendo (Thousand Year Door? Wind Waker? Mario Galaxy 2? Wii Shop Channel? Uggghhhh, genius, all of it); Suikoden series; Rock n' Roll Racing (SNES); anything LucasArts; Final Fantasy 6; the Castlevania series; the entire Kirby series; and TMNT I-IV. Recently I've loved some of the stuff being done for indie games, like Super Meat Boy (Danny Baranowsky) and Bastion (Darren Korb). A lot of dudes and dudettes are coming up in the "indie scene" with an incredible amount of talent.

Individual pieces: Trust me, this is a bad idea. I'm going to just take a pass, and say "Any birthday song performed in a restaurant which begins with forced employee clapping."

NWR: Much of the Shantae: Risky's Revenge soundtrack was derived from music in the first game. What are the biggest challenges when revamping a piece of retro game music for the new generation?

JK: As far as arranging my own stuff, like going from Shantae to Risky: It's hard not to "fix" all the naive song structure and melodic sins I committed as a young lad. It's like looking back at old pictures of yourself: "Oh, that's cute...I guess..." When arranging other people's stuff, I just try to remain faithful to what I think they were thinking, treating their music with respect, rather than just showing off my own style. I know game music fans have high standards, because I'm one myself, and we can tell when an arranger "gets it".

NWR: Is Matt Bozon working on a new game in the series, and are you composing for it?

JK: I'm trying to decide whether I want to interpret "NDA" as "Non-Disclosure Agreement" or "No Dishing Allowed"; either way, if I tell you what WayForward is or isn't working on, they'll hang me up by my toes.

Personally, though, I'd totally love to work on at least 100-150 more sequels to Shantae. I love Shantae a lot.

NWR: If someone was looking to get into game music composition, what advice might you give to him?

JK: Email me, and if I'm not totally slammed, I'll try to give you some advice specific to your own situation, which will differ depending on your musical training and life experience. It's way too insane a subject to cover in a couple pithy sentences, and I don't want to just toss off the usual platitudes, such as "IT'S NOT WHAT YOU KNOW, IT'S WHO YOU KNOW!" or "IF AT FIRST YOU DON'T SUCCEED, TRY TR---HNNGHHH HNNNGHHH HNNNNGGHHH HNNNGGHHHH HNNNGHHHH HNNNGHHH!" Anyone who has read this far, I figure you deserve better than that, for putting up with me.

NWR: If you were to describe your music in three words, what would they be?

I really enjoyed the piano-based songs in Bloodrayne: Betrayal, and will have to listen more closely to other WayForward projects scored by Mr. K.  A fun and worthwhile interview. Hope people click and read this.

Didn't notice this interview until today - I'm a big proponent of video game music, so all interviews with VGM composers interest me.

Side note: Unless I'm highly mistaken, Mr Kaufman here is also one of the three composers on Retro City Rampage, that retro GTA-style game coming to WiiWare soon. I'm very much looking forward to that.