Bayonetta is slowly crawling closer and closer to release, and within hours Japanese players will be able to get their hands on the game. Today, I will discuss two more chapters before bringing our Bayonetta 2 discussion to a close. Once again, and I can't stress this enough, I will talk about elements that might be considered spoilers. If you don't want to read it, then please don't punish yourself by doing so. With that said, let us jump in! 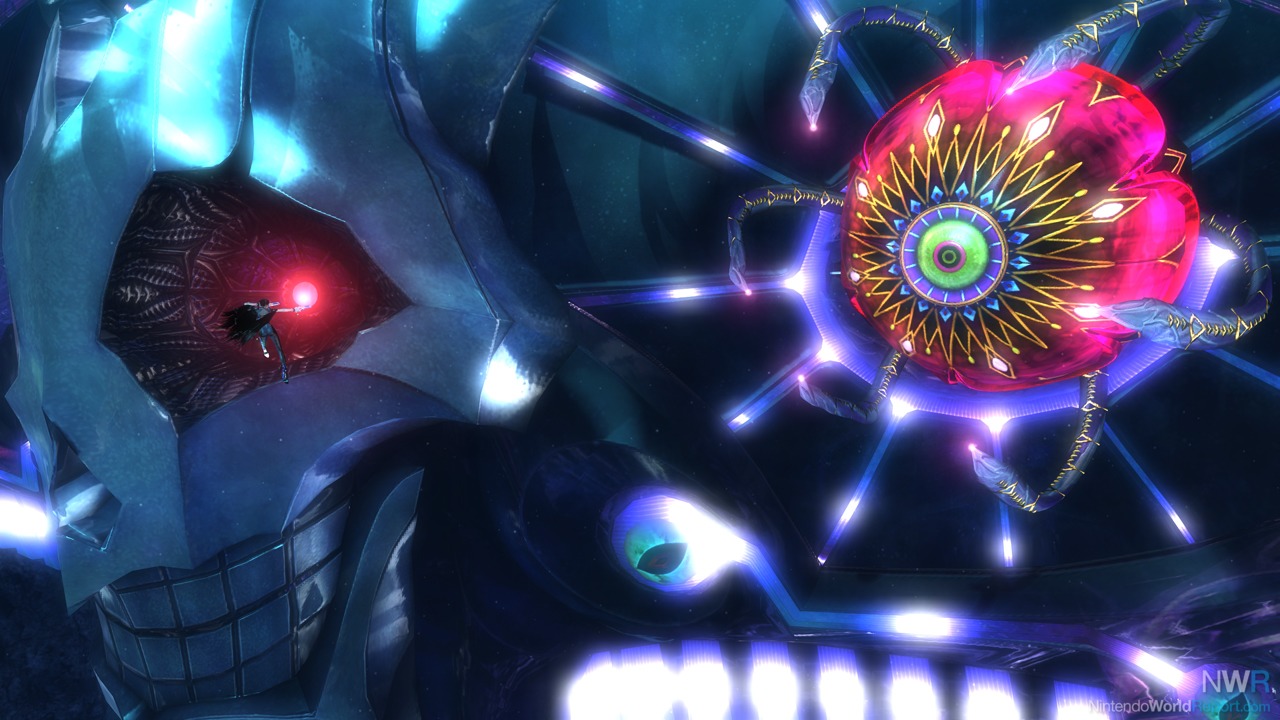 When we last left our heroes, there were being chased by some angelic forces, which Bayonetta naturally defeated. They are working their way up to Fimbulventr and have arrived at the bridge that connects the worlds together. Before they can even get close to the end, they are once again stopped by a creature from Paradiso. Carrying the name Valor, this monstrosity wields a big sword and tries to swing it around with all of his might. Bayonetta and Loki are forced back into tower and crash down through it.

On their way below, they will have to defeat Valor, who has some deadly tricks up his sleeve. A good example is how he rides on his face and tries to slam his disc straight into our friends. Now and again, they are some quick time events where Bayonetta has to repel the sword and she does this in the glorious ways only she can. The actual fight itself wasn't exactly difficult. After a while, the attacks became kind of predictable and I knew what was asked from me. Many of the other fights constantly throw new things at you and the only difference here is that the second half of the fight takes place underwater. The short sixth chapter ends with Bayonetta and Loki being sucked into a portal with an unknown destination.

The seventh chapter of Bayonetta 2, called The Ark, is a lot more interesting. While I can't sadly talk about story elements in this chapter, it features a number of cool fights that I want to highlight. This chapter opens with a battle against the Inferno creature Insidious, which is this massive Manta Ray who fires lasers from his eyes. Your main objective is to defeat the eyes on his body, which is not a simple task. Insidious will close his eyelids to protect himself and you will have to wreck them open using your Umbra Witch attacks. As the battle grows to a close, the creature becomes more and more violent. He will shoot mini lasers from his tentacles and blast off a huge amount of rockets to harm you. At the end, you will use your Climax attack to pretty much rip an eyeball out of the sockets. Loki will then shoot an additional laser and destroy Insidious once and for all. 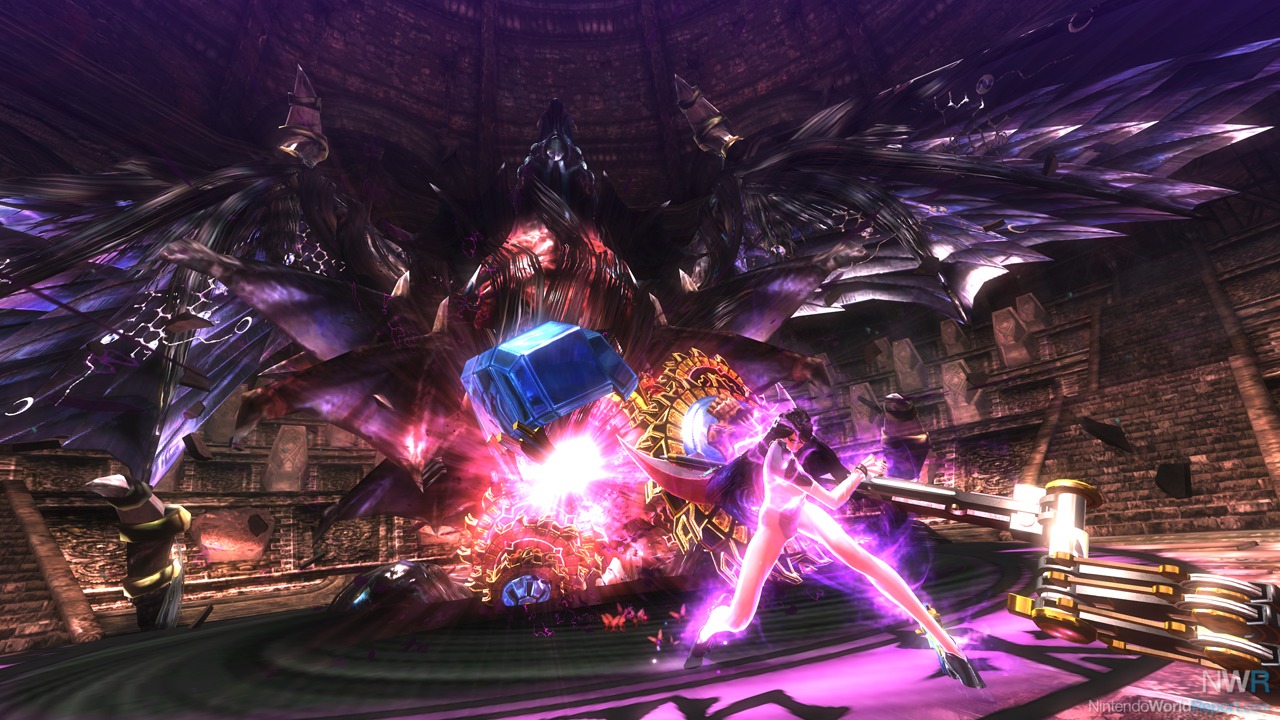 Through a series of unlucky events however, the two end up in the body of another Insidious. This sticky new environment is filled with purple and pink goo, which doesn't really look healthy. In here, you will encounter more opponents from the Inferno realm. These critters are simply called Hatred. They are speedy creatures that wield two swords and can even fly to avoid damage. They were really interesting looking and there was a bigger version too, which handled a two bladed scythe. The chapter ends with another battle with the Prophet. He uses his rapid slice and dice skills to outsmart Bayonetta, but when it becomes clear he can't win, he summons a gigantic angelic creature. Bayonetta asks for aid on her end and you will have to avoid lasers, angelic bullets and massive hands on the battlefield.

Next to these chapters, there are extra costumes that I can confirm here today. Bayonetta can become a Metal Witch, a Witch Apprentice, a Police Woman and a Schoolgirl with a range of fancy suits. Next to this, there are also dresses and Chinese dresses available to suit various occasions. Every one of these costumes comes with various options, so that you can pick and choose your favorites. You can, for example, choose between the Japanese and American interpretation of a police officer.

With these crazy costumes and a strange set-up for the chapters, Bayonetta 2 continues to be a delight. There is just a little more than a month to go until this game releases in the West and I hope you are excited for it by now!

Any pictures of extra costumes? Witch apprentice as in "sorcerer's apprentice Mickey"?

Any pictures of extra costumes? Witch apprentice as in "sorcerer's apprentice Mickey"?

No... only Nintendo themed extra costumes.