A redone engine for the 3DS makes the world of the DS game Moon sing in Moon Chronicles.

Last week, I got a chance to sit down with Renegade Kid co-founders Jools Watsham and Gregg Hargrove to discuss the many projects currently cooking in the developer's furnaces, along with some surprise hands-on time with Moon Chronicles, the recently announced episodic remake of DS cult classic Moon. Whether you're one of the handful of people who adored the DS original or simply a 3DS owner fed up with the lack of FPS action on the system, it's time to get excited: the DS's premiere first-person sci-fi adventure is back, and it looks to be better than ever. 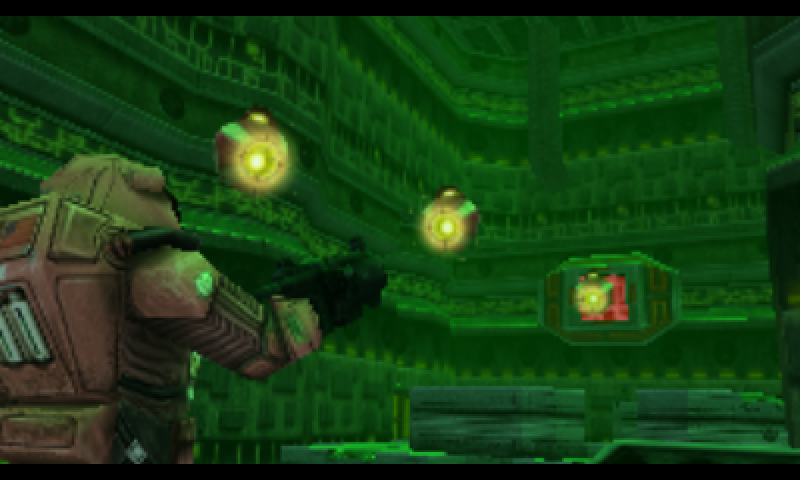 Moon Chronicles puts players in the role of Major Kane, the leader of a military outfit investigating a mysterious hatch that's recently been discovered on the surface of Earth's moon. As you can probably guess, the secrets hidden beneath the hatch are far more sinister than they first appear, and while Renegade Kid's story is far from original, the mystery unravels at such an expert pace that it can be difficult to put the game down, even during the occasional confusing boss battle or needlessly frustrating driving section.

Moon was something of a technical marvel on the DS, with impressively complex level maps, detailed (if repetitive) texture work, and a rock-solid 60 frames-per-second that belied the system's relative weakness at rendering three-dimensional images. And, like Renegade Kid's own Dementium games, it still looks really good on a 3DS. So why revisit the game now instead of focusing on a newer property like Cult County? As it happens, Watsham and Hargrove have been planning a return trip to the Moon for quite some time, and thanks to the recent expiration of publisher Mastiff's rights to the original game, the developer is finally able to move forward with its plans. 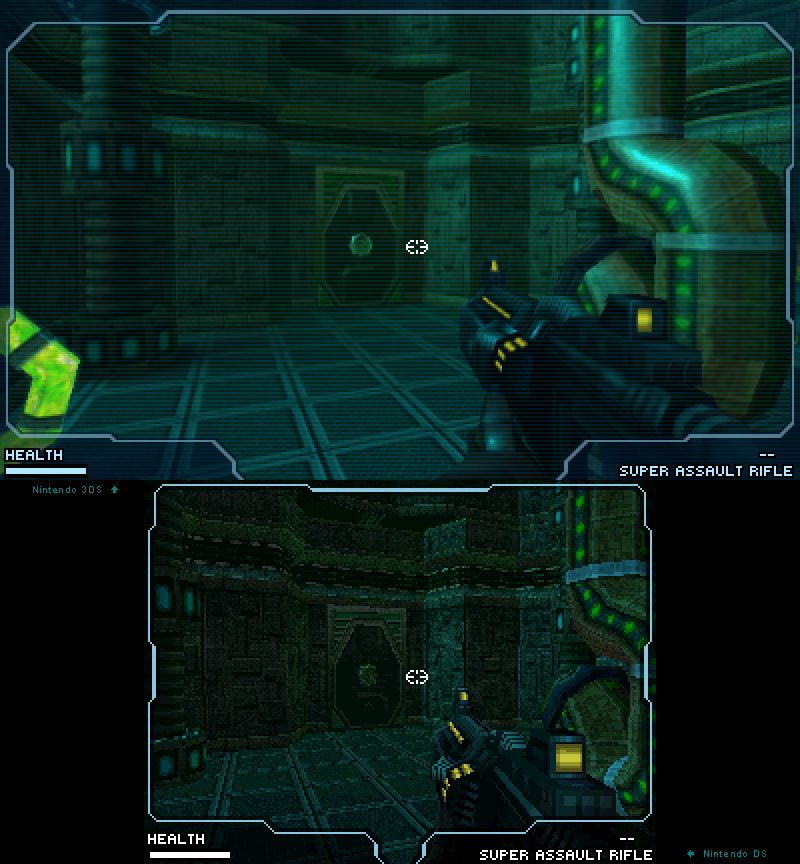 Moon Chronicles has been built from the ground up for the 3DS, with an all-new engine designed to take advantage of the system's advanced graphical features that few third party developers have bothered tapping into. That means bigger, cleaner textures, more complex geometry, and some slick specular mapping to make objects shine realistically in relation to ambient light sources... all with the same silky smooth frame rate of the original. It also means the game's moody soundtrack – which evokes Ennio Morricone as often as it does Trent Reznor – finally gets a chance to reach players' ears as originally intended. Some tracks are still an acquired taste, but overall they complement the action well, and they'll no longer sound like they're streaming from a 64kbps RealVideo.

On top of Moon Chronicles' modern facelift, Renegade Kid has also layered in some welcome mechanical changes. One subtle but much-appreciated improvement: the reticle on the Super Assault Rifle (Kane's default weapon) no longer hops around like a flea fighting for its life, making it infinitely easier to keep a bead on small targets and score head shots on distant enemies. Additionally, while stylus-based aiming works as superbly as ever – it's still a surprisingly convincing approximation of a PC's mouse-and-keyboard setup  – players raised on console shooters now have the welcome option of Circle Pad Pro support, with some light customization options present in both schemes. 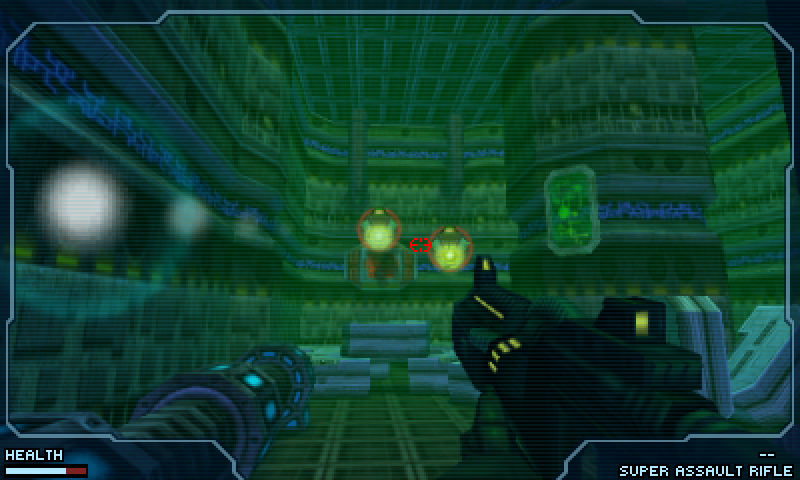 Not everything is being updated for Moon's 3DS rebirth, however. The story is still told primarily through text dumps à la Metroid Prime, and the infrequent B-movie caliber acting remains as goofy and endearing as ever – a decision made as much for financial reasons as anything else, according to Hargrove. Still, storytelling is one of the game's greatest strengths, and Renegade Kid is playing up those strengths by releasing the game as a series of episodes that they're hoping will sell well enough to fund a second season of adventures set for release in 2015. The second season would not only further Kane's story, but could also potentially open up the series to more varied puzzles and gameplay elements than the original game's engine could support.

Moon Chronicles: Episode 1, which consists of the first four chapters of the original game and a single VR mission, is set for release this spring, with subsequent episodes to be released throughout the year as DLC.  The entire first season should set you back around $15 (which is essentially the going rate for a copy of the original game on eBay.) If you're a longtime fan of Renegade Kid, you're already expecting good things from the 3DS's first real FPS, but if you've only played Mutant Mudds or Bomb Monkey and are doubtful that a retro-centric indie developer can master a 3D action game, give Moon Chronicles a shot. I think you'll be impressed.

I actually pre-ordered Moon, but found the controls somewhat unforgiving.  Hopefully this proves much better in that regard since I did like the game other than that.