A 3D open world game is coming to a Nintendo handheld, and it's good.

While at PAX East, I was fortunate enough to check out Lego City Undercover: The Chase Begins. For those unaware, The Chase Begins is a 3DS prequel to the Wii U game Lego City Undercover. Though I didn’t have the chance to play through a full mission (it was actually hard to concentrate on the show floor), I was able to explore a small part of the city. The open world of Lego City on the 3DS is, in truth, quite impressive.

Roaming around the city as protagonist Chase McCain, I was able to take control of a truck and have free rein of a small section of the city. When attempting to leave the section, I was greeted with a “mission must be completed” message, which may have just been a part of the demo. As of now, we still don’t know if the city has unlockable sections or if the whole thing is available from the beginning. 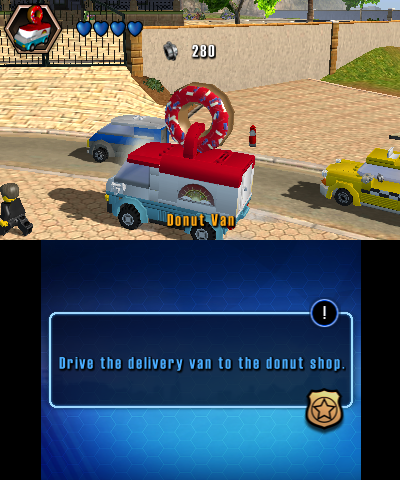 The Chase Begins is partially voiced acted. Cut scenes have voice acting, but dialogue is presented through text during gameplay. The cut scene I saw was amusing and well acted. The one problem I found with the demo was how foggy the city was. Similar to other open-world games, buildings would appear as I walked along the sidewalk. This quality didn’t hinder my experience, though, and I never crashed into any buildings while driving because of it. The 3DS’s technical limitations are most likely the reason for the shallow field of view. I don’t use 3D on the 3DS that often, but I tried it out for The Chase Begins and it was pretty good.

The city in The Chase Begins felt alive—an important part of any open-world game. Citizens dodged out of the way when my truck careened toward them, and street lamps fell to pieces in typical Lego fashion when hit.

With the game only a month away, I am even more interested from playing this demo. A good 3D open-world game (C.O.P. The Recruit doesn’t count) on a Nintendo handheld system excites me.

Wonder how good it will look and move. It can look really good, buy could it run as fast as it should ?? 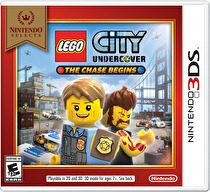