An excellent way to make use of the Switch’s bluetooth compatibility. 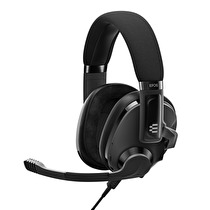 It took more than four years for Nintendo to add bluetooth audio support to the Switch, and the EPOS H3 Hybrid is the first headset since that update that I’ve had a chance to connect to the console. Even before that point, I would primarily use headsets just with my PC and PlayStation 5; with the Switch, I’m always embracing the portable aspect of the console and gaming in different rooms of my house all the time. Now that I’ve got a comfortable, reliable, portable headset in the H3 Hybrid, I’m fairly certain that nearly all the gaming I do at home will see me crowned with this sleek, multi-use device.

The arrival of the H3 Hybrid to my door coincided nicely with the release of Chrono Cross: The Radical Dreamers Edition, a title renowned for its sublime soundtrack from Yasunori Mitsuda. I didn’t actually want to start the game until I had tried out the headset a little bit and then fully charged it up so that I could settle in for a multi-hour play session. Now that I’ve spent a few hours with Chrono Cross, I don’t think I’ll be able to play much of it without the smooth, full sound coming from my H3 Hybrid. It’s so much easier to get lost in a beautiful game like this with a quality pair of headphones. 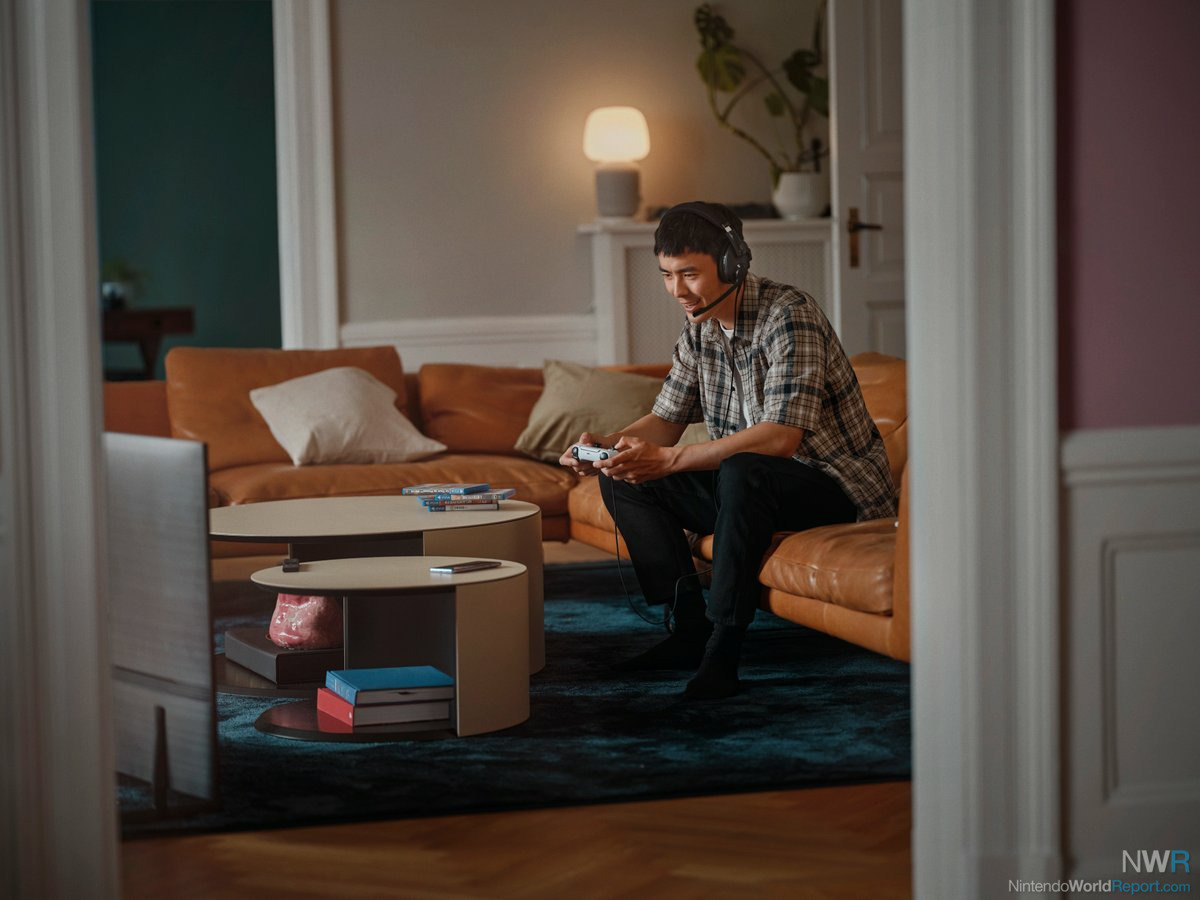 Out of the box, you get the H3 Hybrid headset itself, a USB-C to USB-A cable, and a 3.5 mm jack, which allows you to connect the headset directly to the Switch console or something like the PS5 controller. For portability and ease of use, the microphone is adjustable, can be flipped up to mute, and even detaches from the headset, snapping back into place with a magnet. In terms of comfort, the H3 weighs in at a shade under 300 grams and the sides can be easily lengthened to accommodate different users. The earpads are soft and fit snug around the ears, and there’s a volume dial on the right side. There’s no denying the flexibility, build quality, and comfort offered by the H3 Hybrid in my two weeks of using it.

In terms of my Switch usage specifically, I spent the most time with this headset playing Chrono Cross and Tetris Effect: Connected. The latter being an absolute delight for the visual and aural senses, it made sense to test out the H3 for a series of 20 to 30-minute Tetris sessions. I had already found playing the game with the improved Switch OLED screen and speakers to be a substantial treat, but having a dedicated headset that was connected wirelessly to the console really allowed me to kick back and lose myself in Tetris Effect’s dazzling light and sound show. 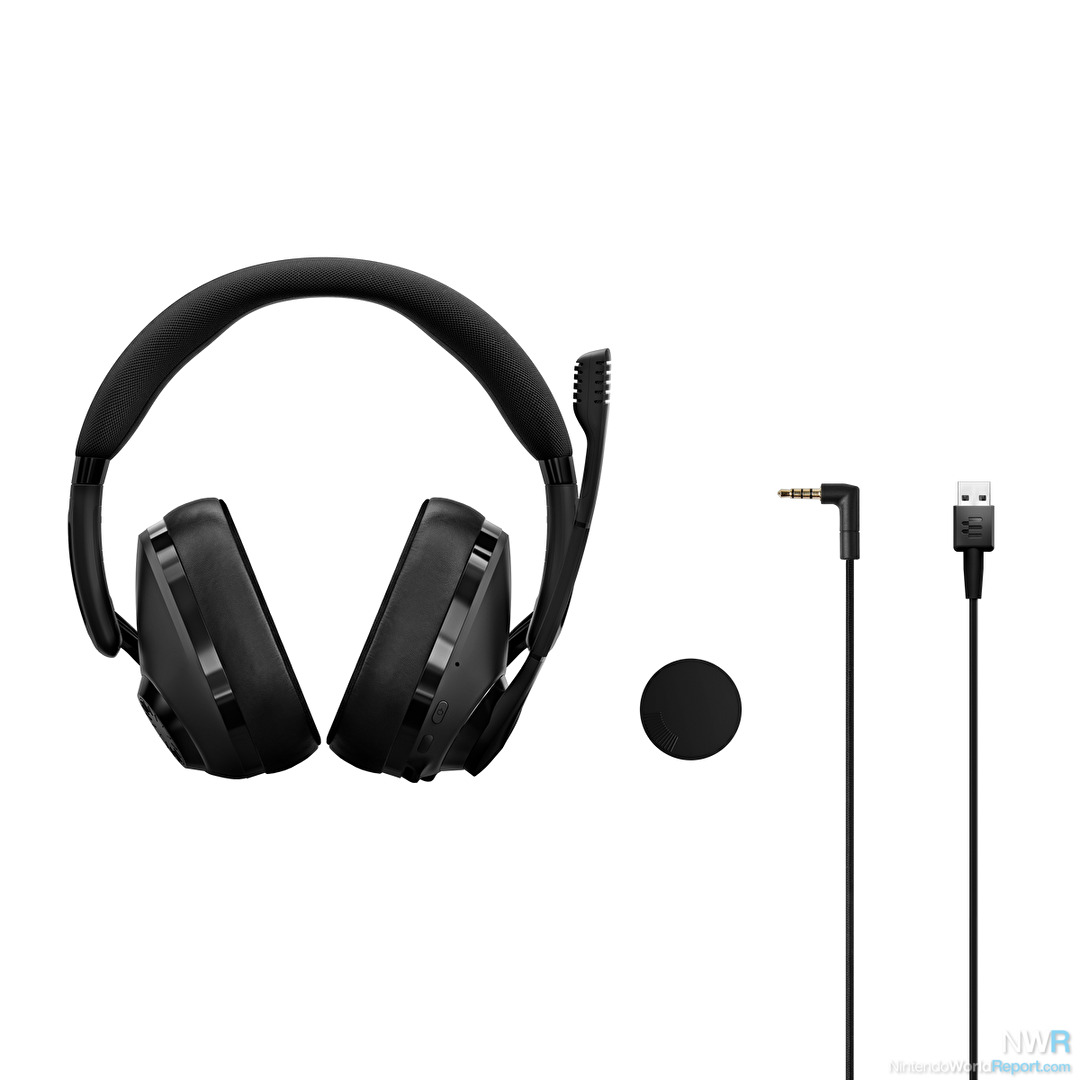 After pairing the H3 Hybrid to my Switch, which is as simple as accessing the Bluetooth Audio section in the console’s system settings, I was pleasantly surprised to see that the Switch stored the headset in memory, making re-connecting to the console quite easy. I did have to hold the pairing button down on the headset to connect it to the Switch again, though. It’s worth noting that you also need to re-connect the H3 to the Switch if you put the system into Sleep Mode. I had no issues connecting the headset to my Samsung S20+ via bluetooth or to my computer via USB as well.

One feature that stood out to me is that when you turn the headset on, a voice announces the approximately battery level. This is in addition to an indicator light that displays green, yellow, or red lights whenever you power on the headset or plug it in to charge. The same voice also announces “power off” whenever you hold the power button down to turn off the headset. While it likely saves battery life, there is no indicator light showing that the headset is turned on. My Corsair Void Pro and my Steelseries Arctis do have light-up indicators when turned on, but ultimately it’s a minor concern. More importantly, the advertised 37-hour battery life when used exclusively as a bluetooth headset means the H3 outlasts both of the aforementioned headsets, which I use primarily for PC and PS5, respectively. 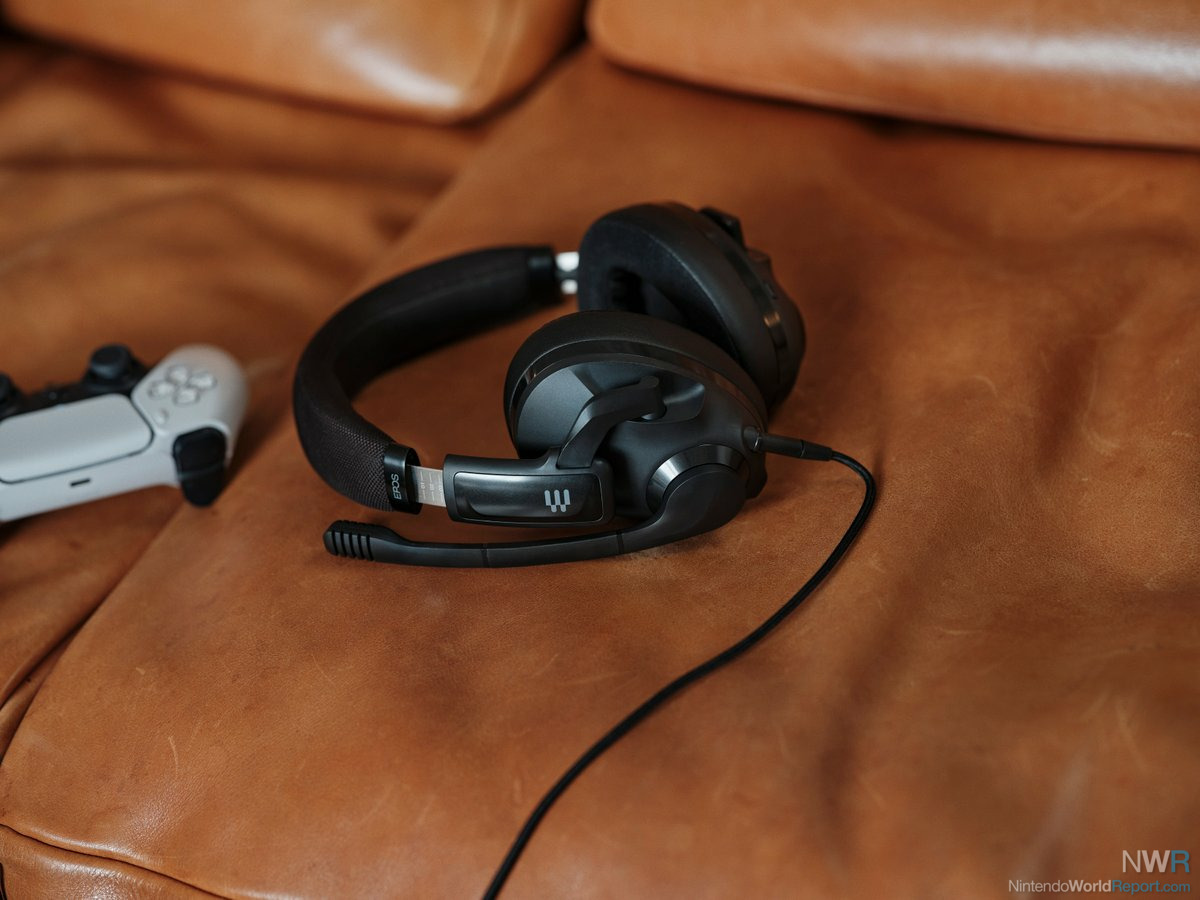 While I may not find myself in this situation too often, the “hybrid” part of the H3 involves connecting via bluetooth to your phone and via 3.5 mm jack to your Switch, for example. I have definitely had some crossplay experiences where I would use my PC headset with Discord while playing a game like Fortnite or Knockout City on Switch, meaning I wouldn’t really be able to hear the audio coming from the game. It’s definitely a welcome addition to my gaming setup to have something like the H3 Hybrid to bridge the gap and let me enjoy all aspects of multi-player gaming on Switch.

I wouldn’t have said this before trying it out, but the EPOS H3 Hybrid has turned me into a Switch owner who wants to be using headphones more often than not. Comfort is probably the most important factor for me when using any type of audio device, and wearing this headset never felt like a burden or an accessory I was constantly thinking about. I would definitely pack the H3 with me if I was taking the Switch on an extended outing. The detachable boom makes the device extra portable, and the solid feel of it gives me confidence that it can survive being tossed into and out of luggage or bags on a regular basis. It may even replace the other headsets I use for their dedicated purposes; if I added a USB bluetooth dongle, it almost certainly would do so. For now, I’m happy to have the H3 Hybrid as my dedicated Switch solution for getting the most of the scores of games I review and those I pick up just for fun. It’s an easy recommendation for anyone who wants a sturdy and functional bluetooth headset to use with their Switch for both single and multi-player gaming.

The EPOS H3 Hybrid is priced at $179.00, comes in white or black models, and can be purchased directly from EPOS at the following link: https://www.eposaudio.com/en/us/gaming

A review unit was provided by EPOS.