What to do with a Switch, a Lite, and now an OLED?

I’ll preface this by saying that I don’t need a Switch OLED, but I’ve got enough GameStop credit that it’s basically paid for already. I’m also such a dedicated portable player when it comes to my Switch titles, that I do feel like part of the target demographic and also someone who’s going to gain the most from the upgrade. As Nintendo has often done in the past, they’re pairing this upgraded Switch with an exciting game launch, in this case, the first new console Metroid title in more than a decade: Metroid Dread. The prospect of getting stuck into a 2D Metroid and basking in the glory of a larger and OLED screen is an enticing one to be sure.

That said, I already own a regular Switch, which is primarily used by my son. I myself use it sparingly to record footage for video reviews or when friends come to call, but since the Lite came out, that’s been my go-to system. It’s not a matter of the dock tethering me to a specific TV; I’ve got a dock connected to each of my two TVs. I just love curling up in my recliner with a hot beverage and my blue (formerly grey) Switch Lite. With a new challenger approaching in the battle for my pre-bedtime attention, I'm growing contemplative about how the three-Switch household is going to work. 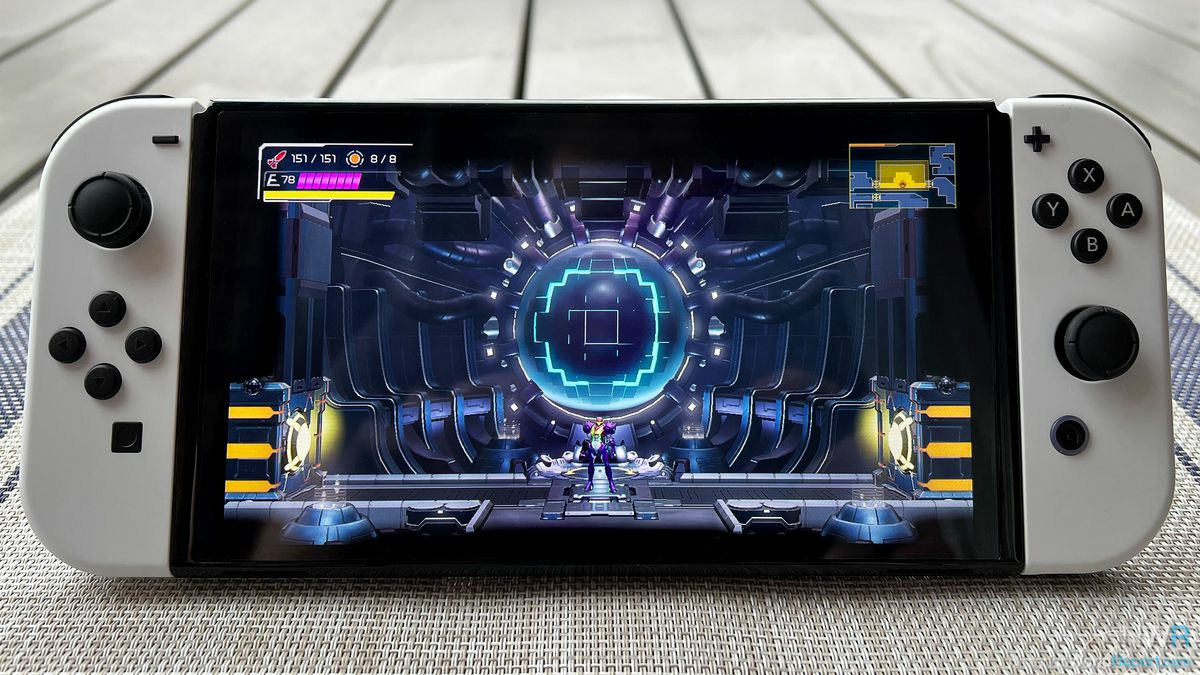 One of my concerns is that the OLED screen will actually be worth the added weight compared to the Lite. This would mean I wouldn't have as much of a reason to even use the Lite anymore. If that's the case, why not just trade it in or sell it? I've already basically earmarked the regular Switch for my son; that's his console now. I might not even use it for recording purposes anymore once I have the OLED.

The reverse could also be true. The OLED is marginally heavier than the original model, and I've already basically dumped that for the sleeker, less hefty Switch Lite. Will I only use the OLED during that initial honeymoon period? You know, the one where your new toy is still shiny, flawless, just perfect in your eyes? My excitement for Nintendo's latest revision is tempered by the fact that I already have multiple Switches at my disposal, and I'm really not sure how the situation is going to play out long term. One thing is for sure, though: I'll be diving into Metroid Dread on day one on the Switch OLED. I'm much more curious what I'll be playing in three months from now. Next month, I’ll follow up with a situation report on how my multi-Switch household is handling things. Join me then, won’t you?

If you're planning on picking on getting SWOLED like me, let me know in the comments below. Are you facing a similar crisis of multiple Switches?

Are both docks backwards/forwards compatible?

Are both docks backwards/forwards compatible?

A regular Switch and an OLED Switch can use either dock; that's my understanding. The OLED dock does have the ethernet port now, but it did lose a USB port.