Promare is awesome in true studio Trigger fashion, but watching the prequel short before the film changes things.

Here’s the story: 30 years before the movie, there was a calamity called the Great World Blaze. People started spontaneously combusting in huge, purple explosions that killed half the world's population. Some people developed pyrokinetic abilities to control this flame, and became known as the Burnish. In the present, a young man named Galo lives in the city of Promepolis as a member of the firefighting group Burning Rescue, who respond to incidents involving the purported Burnish terrorist sect Mad Burnish.

I was able to see this movie at a Promare Redux screening which included the prequel short, “Side: Galo”, before the film and a round table discussion after. Seeing it in this way greatly impacted how I felt about the movie. This review is about my entire experience as a whole.

Side: Galo was densely packed. They had to convey so much in such a short amount of time. It was a cool sci-fi fire fighting action sequence featuring the entire team at Burning Rescue. But the moment they started info dumping, it felt like they were trying to describe a much bigger world going on as they were being pushed out the door.

The movie itself was great! Elements from the short could be seen in the beginning. It was interesting to see glimpses of what we just saw 10 minutes ago but expanded upon with much better pacing.

The whole opening action sequence brought me straight back to Gurren Lagann - a show that much of the film’s staff worked on previously. The way Studio Trigger does action choreography is spectacular. Everything rolls and moves so smoothly and gracefully. Sometimes the camera gets a little too close and the particles and effects cover a lot of the screen. But then the camera pulls back and shows a long, sweeping shot of the characters falling or throwing each other and it looks great.

In the round table discussion after the movie, the director talked about how stylized the fire was. It was a cool choice to differentiate real fire from the Promare fire not just in color, but in geometry as well. As he put it, fire is amorphous and constantly changing. It's made for animation. If you took a frame of the movie featuring the Promare fire, it wouldn't look like fire because of the shapes it's made of. But, once you see it in motion, there's no doubt that it's fire.

As for the characters, the Burning Rescue squad are relegated to secondary roles. This is a story focused on Galo (who is strikingly similar to Kamina from Gurren Lagann) and Lio, the leader of Mad Burnish. The short before hand would have you believe the film would feature an ensemble cast, but that is unfortunately not the case. It’s a shame because the whole team has personalities that would be great in a TV show where you could see them interact with each other more. You can tell they are well developed, and I wish they had more screen time, but unfortunately that would ruin the pacing of the movie. I want to know more about all of them! 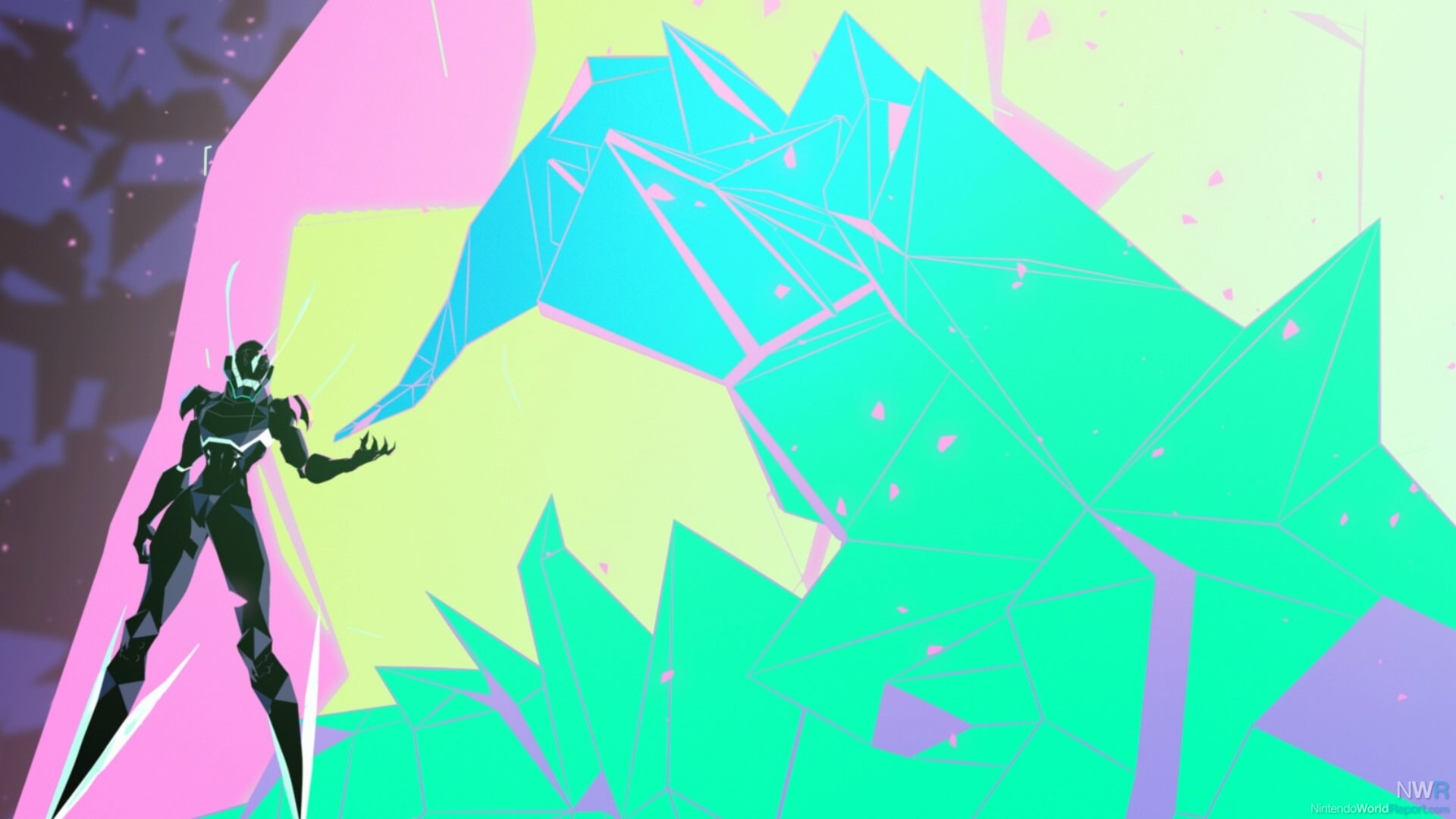 There are plenty of fun details, like the fact that all the on-screen text is diegetic; you can see it in the background sometimes. Also, I have no idea if this was intentional, but the main villain has a lot of moments where he looks like Dio from JoJo's Bizarre Adventure. At one point, he even says "good grief;” the catch phrase of Dio’s nemesis Jotaro. I'm pretty sure that was just a coincidence from the dub needing to match the lip flaps though.

The writing is extremely self-aware. Characters constantly question why the bad guy didn't try other methods or what would happen if characters' plans failed. I have two favorite dialogue moments: The first is when the villain yells at the heroes to stop making up stupid names for their attacks. The second is when the characters suddenly meet a new character out of nowhere who explains everything that's going on. The scene even includes the term "Deus ex machina." It's amazing!

I'm definitely picking this movie up when it is released on Blu-Ray, and I recommend you do too. It's a bunch of fun that doesn't take itself seriously, and that's the best part.

This article was written by Paul Latza.