I-I think I can handle this...

When I was a kid, about three or four days a week I would get picked up from school by my great grandmother, head straight into her back office, and flip the TV on to Cartoon Network just in time for their Toonami block to start up. For kids that are too young to remember, starting in 1997 Toonami served as CN’s afternoon anime programming block, ending in ‘08 and eventually making a comeback as part of Adult Swim in 2012. Through Toonami myself and many other kids found their first anime experiences with shows like Rurouni Kenshin, Sailor Moon, and Mobile Suit Gundam. Towering above all of them was Dragon Ball Z. Based on the iconic manga by Akira Toriyama, Dragon Ball follows a man named Goku from childhood into adulthood, as he aims to become the strongest fighter in the world, and later the universe. It’s a show known for its brilliant fight choreography, well written villains, and fantastic character designs, and is often considered among the most well known anime ever made. 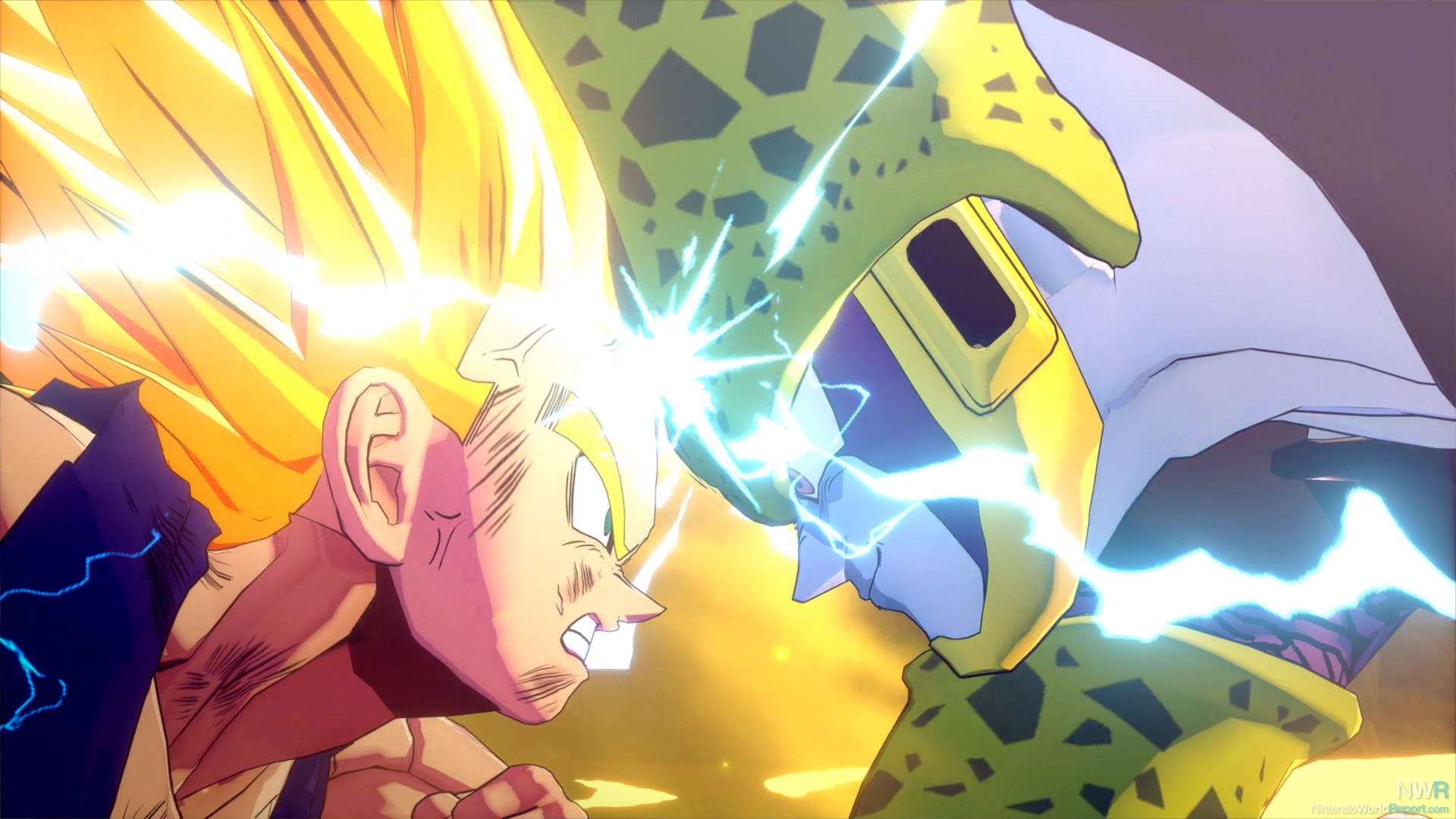 You’d think, with all that said, that Dragon Ball would translate very well into the world of video games. It’s a show about fighting and getting stronger, perfect for this particular medium. Unfortunately, however, most Dragon Ball games range from alright to just plain trash. There are exceptions of course, such as Arc System Works’ fantastic Dragon Ball FighterZ in 2018. When Bandai Namco announced their newest crack at the series—an RPG titled Dragon Ball Z: Kakarot—I was hoping it would be another to add to the list of the greats. Sadly it seems more like this game should be put on the list of titles that are “just alright” instead.

Dragon Ball Z: Kakarot follows the entire story of the series, beginning with the invasion from Raditz all the way to the world-threatening Majin Buu. This was a pleasant surprise upon being announced, as Dragon Ball games have a bad habit of getting to the mid-story Frieza arc and rolling the credits. Despite its title, large portions of this game are actually spent controlling anybody but Goku. The game most often puts the player in the shoes of Goku’s son Gohan, though sometimes you’ll also control other members of the Z Fighters like Piccolo or Vegeta. Every character plays largely the same both on the open world and while in battle, with the only real difference being the use of their signature moves (which are honestly also pretty samey in the long run). 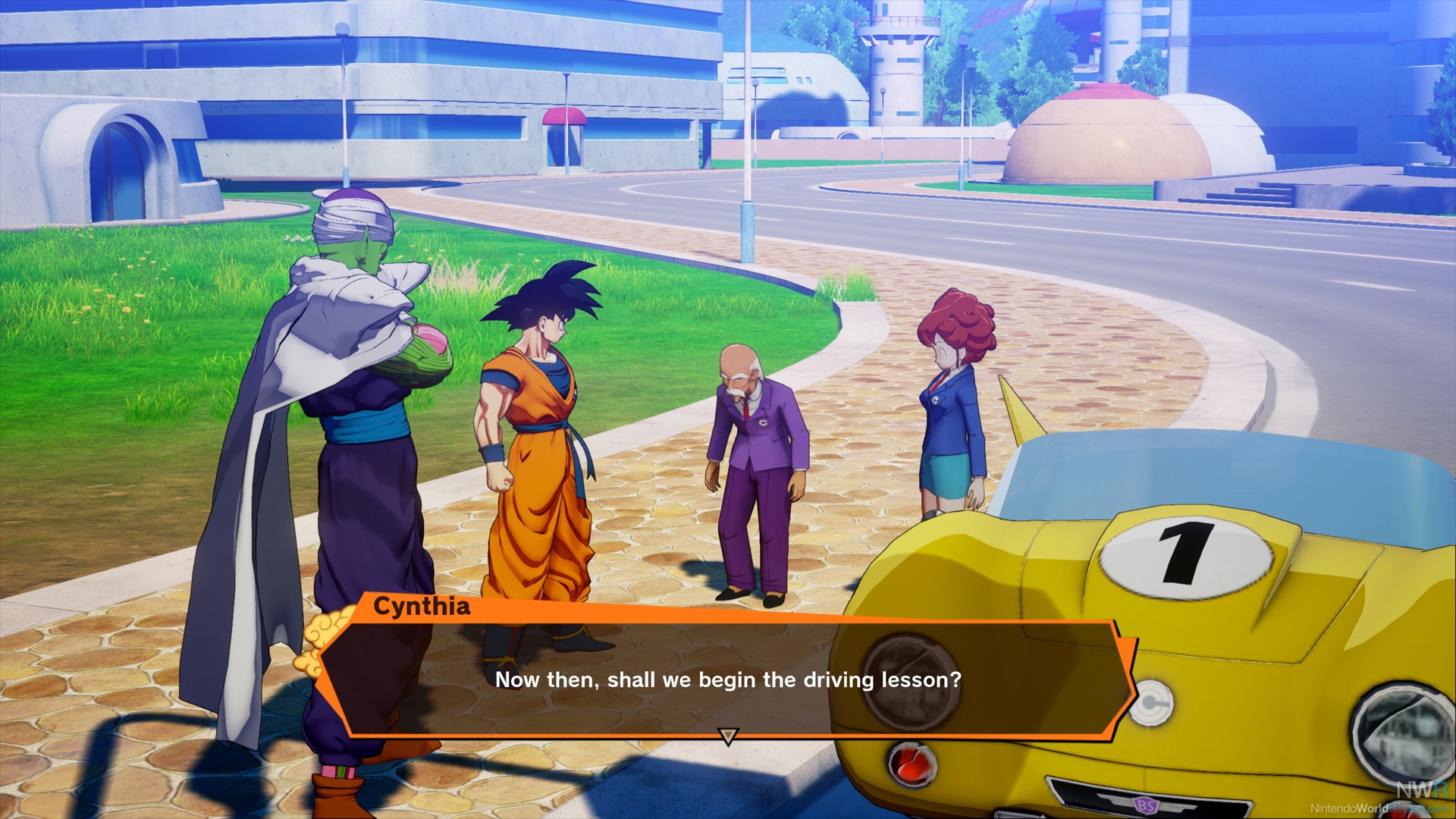 In the end that’s Kakarot’s biggest failing: much of the game feels like you’re just doing the same thing over and over and over again. Combat always seemed to be the same string of quick combos followed by a Kamehameha Wave or Galick Gun, followed by dashing towards the opponent and doing the whole thing again. Random encounters are few and far between—as you generally tend to fly faster than any other enemy on the overworld and therefore will probably not encounter anything unless you actually want to. When not doing main story content you will also have a chance to do side quests—usually given by less important members of the cast like Yamcha or Yajirobe or even pre-Z characters like Eighter or Launch—but even these tend to be the same exact sidequest with a different skin every time (get the item, fight the small fry enemies, have a short conversation, done).

Kakarot is at its strongest specifically when telling you the story of Z, with beautifully animated cutscenes that sometimes feel like they popped straight out of the anime. Certain boss fights are incredibly cool, such as the final battle between Goku and Frieza that had me cheering as every blow shook the screen. It truly felt like I was having a battle on a planet that was about to explode.

That’s really what this whole thing comes down to in the end: for people that are already big fans of Dragon Ball Z as a whole Kakarot has some value as a walk down memory lane and a way to re-experience the show in a whole new way. However if you’re not already a big fan of Goku and co’s adventures, Kakarot sadly has absolutely nothing for you. Without the nostalgia factor, this game ends up being a slow slog of samey gameplay that likely won’t keep your attention for very long.