Fiery Action… that fizzles out too often.

En'en no Shōbōtai—or “Fire Force” as it’s known in English—is the recent anime adaptation of a manga by the same name originally written by Atsushi Ōkubo, the author and illustrator of Soul Eater. The premise is simple, it’s all about firefighters who fight fire with fire.

Well, that doesn’t quite tell the full story. In reality it focuses on a world where a specialized task force—dressed as firefighters—fights off fiery demons using a variety of weapons and pyrokinesis abilities. These demons, or Infernals, are born when a person suddenly and surprisingly ignites, making them a dangerous and aggressive beast that needs to be put down. The plot starts off fairly simple with us following the newbie to Fire Force’s Division 8, Shinra, as he attempts to learn how to deal with saving people, fighting these monsters, and help the ongoing investigation on what is causing Human Combustion. 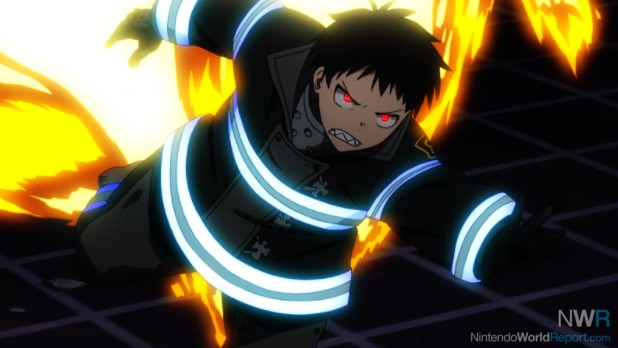 At least that’s what the show would lead you to believe. From the get-go the show establishes the Fire Force as defenders of the people, and that’s one of the primary reasons Shinra himself is so willing to enlist with them: he hopes to do some good in the world. The show presents itself in a way that feels like it will play out like a Monster-of-the-Week show with escalating difficult missions and monsters, but it quickly gives up on this premise. While demons appearing everywhere is obviously still important, the spotlight is shifted over to find out more about and fight the evil organization that may be creating them.

The storyline that follows has a lot of wonderful ideas, but falters when attempting to use them—namely with establishing concepts only to quickly attempt to subvert them. The prime example of this is that despite my earlier description, the Fire Force itself is never truly established as even pretending to be an organization of good to begin with. Fighting evil members of this nearly-entirely evil organization is the predominant goal of battles that take place throughout the season.

To add to the discord in the story, the characters are also a mixed bag. Most are fun and exciting to see on screen but a vast majority of them are also extremely one-note. That doesn’t mean they aren’t used well; combinations of different characters battling with unique powers make several scenes a great spectacle. Yet apart from battles, the usage of several characters can feel like a slog. 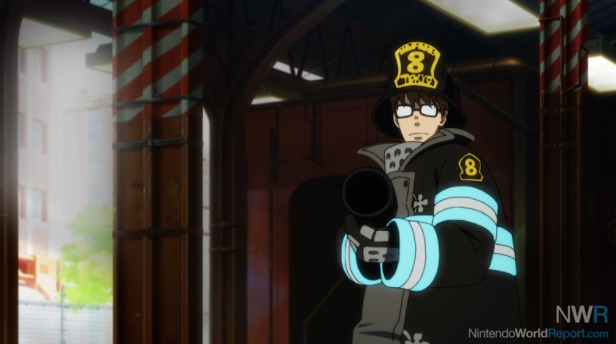 The best example of this would be the token fan-service character, Tamaki. She is actively written as having a “Lucky Letcher” ability—meaning her clothes fall off all the time, or people will magically start groping her without their own consent. As someone who can put up with a high level of lewdness in any given show, this is still extremely out of place. Even in a brutal scene of someone being slowly beat to death and physically abused to the point of bursting sobbing on the floor, her clothes still continue to fall apart to reveal how sexy this anime girl can be. I don’t wish to dissuade anything erotic from being in the show—as Soul Eater is similar in this aspect—but the usage in Fire Force was strongly misplaced.

“It’s an enjoyable show if you turn your brain off” is a phrase I have heard several times. That action shows don’t need a deep or interesting story as long as the action is good. I would say that this could be the case for Fire Force, but that is not really possible. With the plot focusing so heavily on investigating, secrets, and the inner-workings of these relationships it constantly draws the watcher back into looking over these things and noticing any flaws therein.

When you stray from these moments and get back to the action, it really does pick up. Characters using fire to blast at their opponent, fly around, or create dizzying effects with flame does make parts of the ride very entertaining. All put together this adds up to a lot of awesome things in a show that’s not that great. With any given scene of Fire Force I was either wowed or depressed. Fire Force definitely has some moments to love, but there are definitely better shows worth watching.

This article was written by Kyle Buttigieg