We give you a rundown on the six new SNES and NES games hitting Switch this month.

After a long break, six new SNES and NES games are on their way to the Switch Online service. It may have taken a while but this is a fantastic lineup. We're digging into each one to help you decide what to play first when they launch on December 12th. 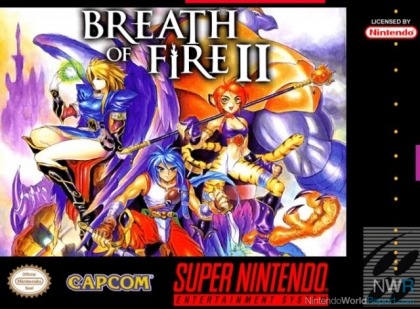 A direct sequel to the first game, Breath of Fire 2 came to North America in December of 1995, which was a little over a year since the release of its predecessor. It takes place 500 years after Breath of Fire and features names, characters, and other elements from that initial entry. Breath of Fire 2 is a very traditional Japanese Role-Playing Game in that it features a fairly linear story, turn-based combat, and a familiar progression system based on gaining experience points and levelling up to become stronger. You play as Ryu, member of the Dragon Clan, who begins the game as a mercenary but eventually gains the ability to summon a dragon, similar to how the protagonist of the same name from the original game could transform into one.

The story is very character driven, with Ryu’s ultimate goal not revealing itself until later in the game. Until that time, you are meeting new party members, solving their problems, and assisting other characters that you encounter and towns you visit. Breath of Fire 2 is considered more difficult and may have more interesting characters than the first game, but it also has more unique mechanics and deeper strategy to combat and the characters you use. There’s also a town-building feature, and the characters have abilities they can use in the overworld to solve puzzles and overcome obstacles. I may have preferred the story in the first Breath of Fire game, but its exceedingly-high random encounter rate makes it a chore to play. Breath of Fire 2 is a little better in this regard. One noticeable sore spot is the fairly poor translation, but that shouldn’t stop you from at least trying out a solid RPG from a console library that was filled with them. 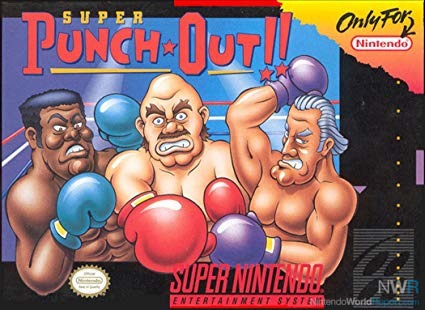 Super Punch-Out!! is the SNES sequel of the series Nintendo made popular in the arcades and on the NES. It plays very much like Mike Tyson's Punch-Out!!, with pattern recognition being the key to defeating each boxer. The A and B buttons control your left and right arms, with uppercuts and body blows selected by pressing up or down. You can also charge up a super punch, which is tracked by a meter at the bottom of the screen that fills up as you land consecutive blows on your opponent. There are four different circuits to fight through, and a Time Attack mode as well. The graphics and sound effects are excellent, featuring classic Nintendo character designs (Bald Bull and Super Macho Man make a return), huge sprites, and humorous voice samples.

Super Punch-Out!!'s gameplay is just as addictive as the NES installment, although its "practice makes perfect" style may not be for everyone. Some of the later fighters are downright nasty, and the only way to beat them is by learning their patterns through trial and error. However, those looking for a sweet 16-bit fighting game need to look no further than Super Punch-Out!!. 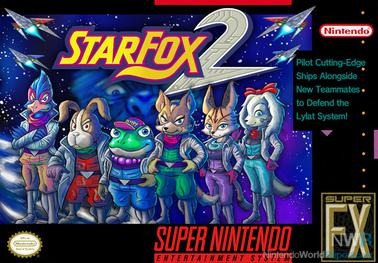 Developed in the mid 90’s but not officially released until 2017, Star Fox 2 was originally intended as a direct follow up to the SNES original. Star Fox 2’s release on the Switch Online service will be the first time its been available outside of the somewhat limited production run of the SNES Classic. Unlike the original game, Star Fox 2 employs elements of real time strategy, full 3D exploration, and even Zelda style dungeons. With three different difficulties that greatly alter the scenario, six pilots with different ships and stats, and random elements, Star Fox 2 is a remarkably replayable game.

Players are presented with a map of the Lylat system, and must make their own choices about where to go and when. Andross builds bases on planets, which can launch missiles at your home base on Corneria. Attack carriers launch squadrons of fighters who will intercept you in space. Star Fox 2 is also the origin of the Star Wolf team who will be a major threat to the Star Fox team anytime they show up on the map. Star Fox 2 is a game that can be played over and over again with a variety of different strategies. Its arrival on Switch will hopefully bring some much deserved light to this long ignored masterpiece. 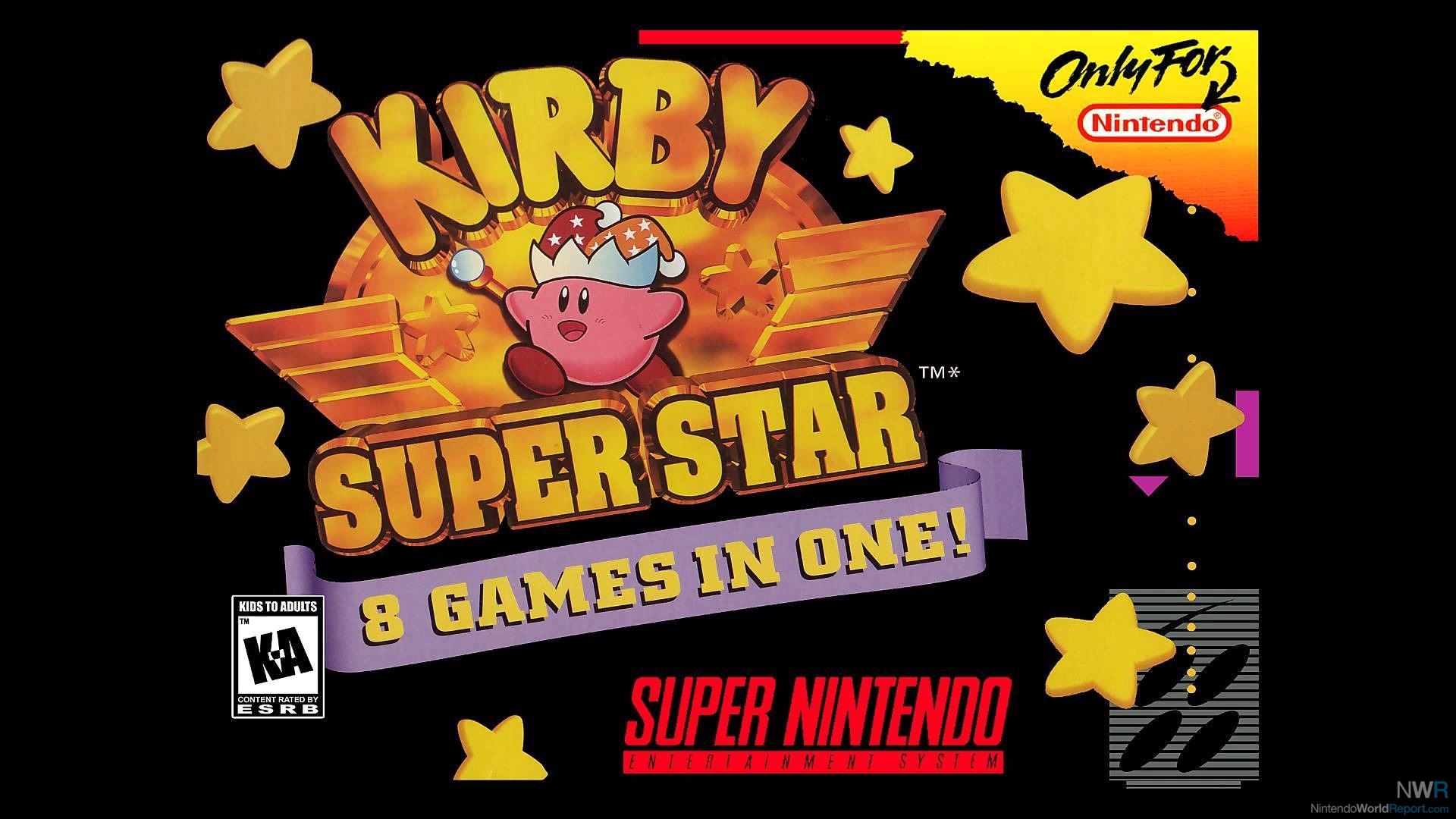 Kirby Super Star was the first main Kirby game to appear on the Super Nintendo. Originally released in 1995 in Japan, and then late 1996/early 1997 for the western markets. Instead of following a linear set of levels, the game contains various sub-games that increase in difficulty, along with some of them changing the gameplay mechanics slightly. The first game is actually a remake of the first Kirby game, Kirby's Dream Land. Some of the later sub-games feature longer levels, with one having Kirby having to collect treasure throughout. Another has him making his way through Meta Knight's ship, the Halberd, to stop Meta Knight from taking over Dream Land.

One of the great features of Kirby Super Star is that Kirby can create CPU helper characters by discarding an ability he has acquired. These helper characters can also be controlled by a second player by simply plugging in another controller, which is great. The game really comes into its own when you have a friend to play along with. It is one of the best Kirby games ever released, and the inclusion of co-op available throughout is a fantastic addition. The game is just fun to play through, and some of the changes to the gameplay and structure of the later games in the collection make sure it doesn't wear thin. 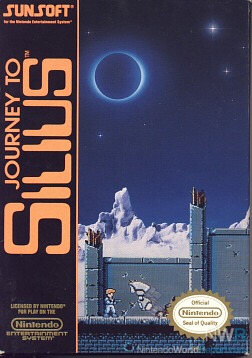 Journey to Silius is a side scrolling action game in which the player fights through a futuristic landscape against hordes of robots. Multiple weapons can be picked up along the way though each one pulls from the same limited reserve of ammo. Once that is depleted the player returns to their basic pistol. While Journey to Silius has solid if somewhat standard gameplay for the time, what causes it to stand out today is its stellar soundtrack. Composer Naoki Kodaka, who also worked on Blaster Master, was able to pull much more complex music out of the Nintendo’s limited sound capabilities than was largely thought possible at the time. So when Journey to Silius arrives on Switch come for a fun action game, stay for the great soundtrack. 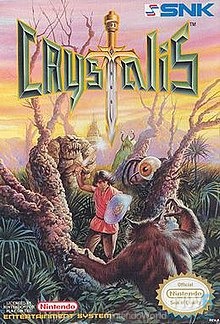 Crystalis is an action RPG released on the NES in 1990. Though it was later ported to Gameboy Color, changes made to that version have caused fans to consider the NES version the definitive version of the game. You play as a man who has been in cryogenic sleep and awakens into a nuclear fallout after a great nuclear war in 1997. We all remember that right? Luckily he’s a magician and uses his powers to an evil empire that has risen up in the aftermath of the war. Its equal parts Star Wars and Final Fantasy and its all great.

At a glance the gameplay is somewhat similar to The Legend of Zelda, with a top-down perspective and real time, melee combat. As the player progresses they’ll gain additional swords each with their own unique elemental traits. Different enemies are weak to different elements, allowing for some Pokemon style weapon matchups. Crystalis has previously been released on Switch via the SNK 40th Anniversary collection. Even today Crystalis is considered one of the best examples of action RPGs in the early days of home consoles. Fans of the genre owe it to themselves to try out this too often missed classic.