Straight out of the Berenstein timeline, Fire Emblem may be responsible for another set of false memories.

The Mandela Effect is one of the most fascinating things to learn about in human psychology. Named for South African political figure Nelson Mandela, it describes a phenomenon in which a number of people collectively have the same false memories, creating a sort of pseudo-truth. A lot of people blame spooky supernatural occurrences for the Mandela Effect, but when you dig deep enough, you can often find the real source of whatever false memory someone may have. Recently I was really fascinated by one example of this in particular - because it happened to come from my favorite game series, Fire Emblem.

Fire Emblem has a history with heroic weapons named after real-life mythology. Back in the first game in the series, the Sable Knight Camus wielded a lance called Gradivus, named after a title for the Roman god of war. In Genealogy of the Holy War, the boss of the climactic battle at the end of the game’s first act wielded the thunder tome Mjolnir, named for the hammer used by the god of thunder, Thor. 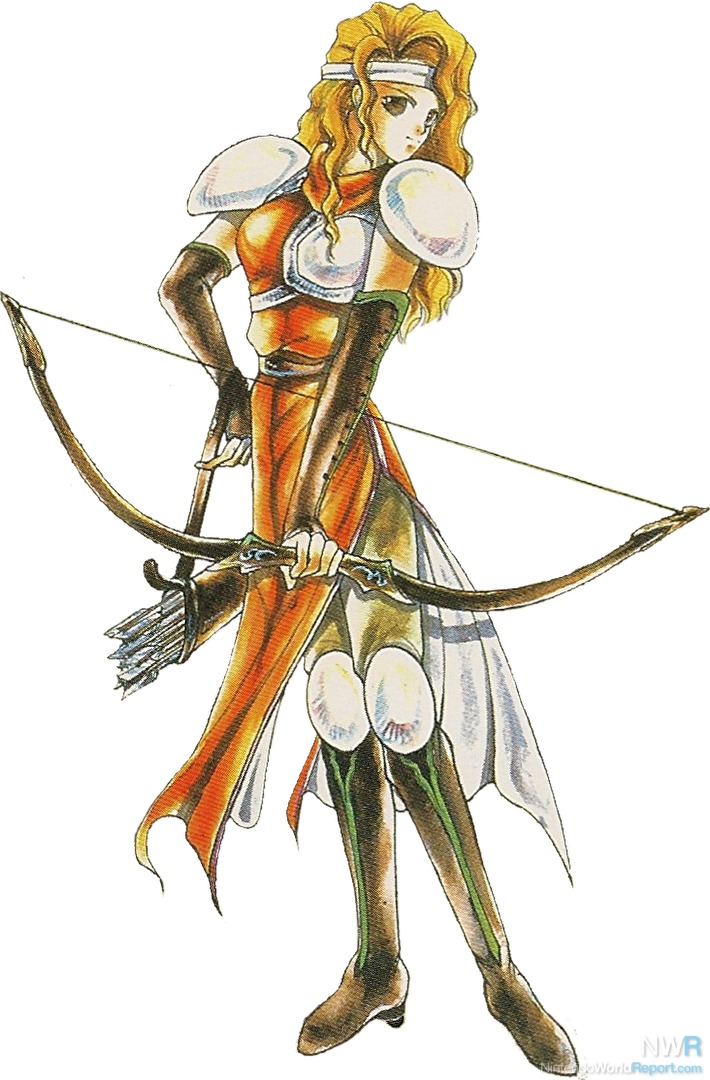 However, another weapon in Genealogy ended up causing a small but bewildering butterfly effect in western mythology. Early in the game you meet an archer named Brigid who wields a legendary bow passed down through generations called Ichaival. Genealogy of the Holy War was never released outside of Japan, but when Ichaival reappeared years later in Awakening, it was officially named Yewfelle.

It’s most likely that Yewfelle’s name is supposed to come from Ýdalir, the home of the god Ullr in Norse mythology. In addition to the fact that the bow originally belonged to Brigid’s ancestor Ulir, the bow’s Japanese name can roughly translate to yew-dale - Ýdalir’s own literal translation. The first half of Ichaival comes from the Japanese word for yew - “ichi” - while the second half comes from the english word “valley” - a synonym for ‘dale’.

If the story had ended there, then the transition from Ichaival to Yewfelle would be nothing more than a fun piece of trivia on game localization, much like Thracia 776’s infamous Purple Dragon Mountain, but something curious happened over 15 years after the game’s release - and several months after Awakening was released in America. On December 16, 2013, the Wikipedia page “List of mythological objects” was edited by an anonymous user. The edit added a single unsourced entry:

“Ichaival, a bow possessed by Odin. Another source said it was came from Ydalir, the home of the god Ullr.” 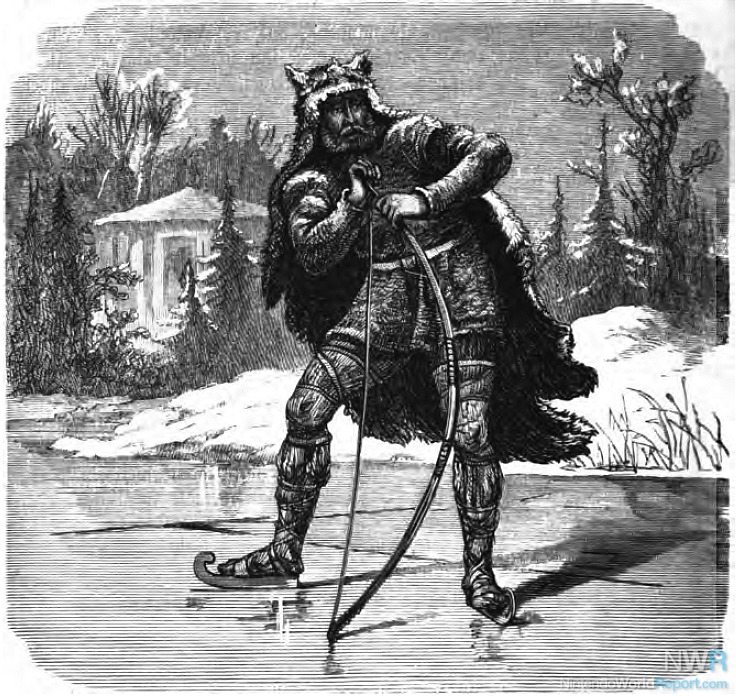 Ullr standing in Ýdalir, as depicted by Friedrich Wilhelm Heine

Looking around, I can’t find any evidence of Norse mythology stating that Odin ever wielded a bow called Ichaival. The closest I ever got was finding a few message board threads asking about it, only to be told that it didn’t even sound like a Norse word. The only conclusion that I can draw is that, whether intentionally or by accident, the anonymous Wikipedia user added a weapon created for a Nintendo game to a list of real mythological items - or at least, as real as anything from mythology can be.

A minute after the original edit, the same user made another update, adding:

“It possessed the power of each pull of just 1 arrow, it will release 10 arrows.”

It might be just a coincidence, but assuming this person really did lift Ichaival directly from Fire Emblem, I think this strangely-worded addendum is a reference to the bow’s in-game bonus granting +10 strength and speed to its user.

Wikipedia is usually pretty quick to remove false claims like this, but Ichaival would remain on the list of mythological objects for a while. It wasn’t until March 12, 2015 that someone finally removed it from the page; an edit that was humorously reversed shortly after due to being an “unexplained edit”. The bow was finally removed from the page on January 21, 2018 by a different anonymous user who also couldn’t find any reference to the bow earlier than Yewfelle from Fire Emblem.

A few months after Ichaival first appeared on Wikipedia, Hi-Rez Studios released Smite, a third-person MOBA game starring characters from different religions and mythologies worldwide. The roster includes the likes of King Arthur, Ra, Hades, and even the Norse God Odin himself. Smite, like many games of its genre, has an in-game shop where you can buy items in the middle of a match to power up your character and turn the tide of battle. A few of the items in Smite are also mythological objects - King Arthur’s shield Pridwen, the legendary sword of Masamune, and an acorn from the tree of life Yggdrasil. There’s also a bow that gives a boost to your strength called Ichaival.

Ichaival, as it appears in Smite

Ichaival was added to Smite in the Version 1.0.2326 patch released on September 27, 2014, six months after the game’s initial launch. Assuming the item was created after the initial release date, that puts it firmly within the window of time that the Fire Emblem weapon was falsely listed on Wikipedia’s list of mythological objects, and I think it’s safe to assume that it was named by someone at Hi-Rez who just pulled up the list and tried to decide which object listed in the bows section was the best fit for the gameplay effects they’d come up with.

(In a weird coincidence that’s mostly unrelated, when Ichaival was added to the unofficial Smite wiki on fandom.com, it was originally titled “Odysseus’ bow” - the name of a different item in Smite. The very same edit to Wikipedia that added Ichaival to the list of mythological objects also added Odysseus’ bow at the same time.)

Smite would not be Ichaival’s only appearance in mainstream media - it also made an appearance in the anime series Senki Zesshō Symphogear. This is where the story gets a little weird though. In Symphogear, Ichaival is a Relic wielded by one of the series’ main characters, Chris Yukine. All six girls in the main cast wield relics named after mythological figures: Hibiki Tachibana’s Gungnir is named after Odin’s spear, Tsubasa Kazanari’s relic is named after the shinto god Susano-O, and so on. 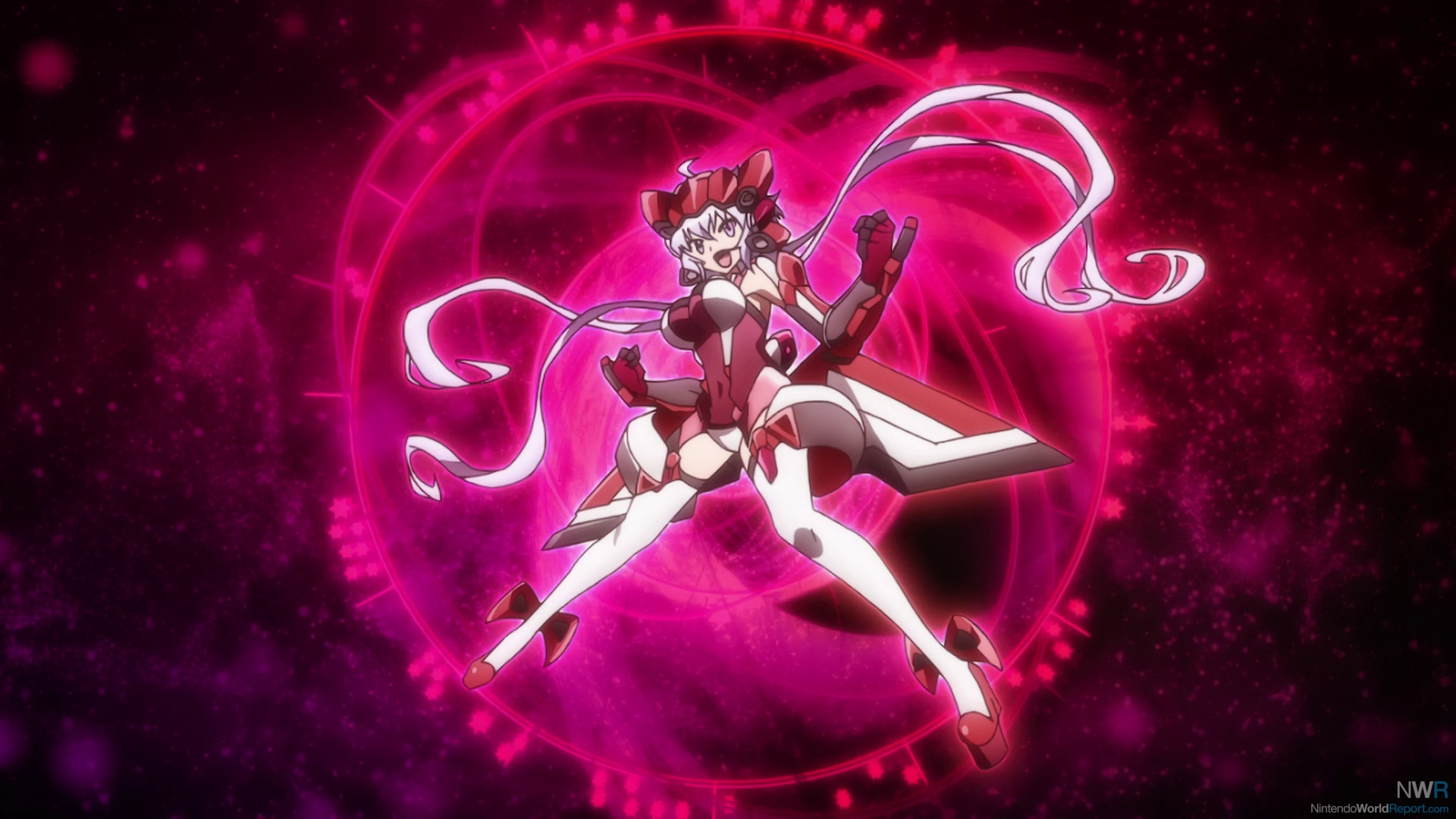 The weird thing is the timing. Senki Zesshō Symphogear aired from January to March of 2012, putting it almost two years before Ichaival was erroneously added to Wikipedia’s list of mythological objects. Despite this, the Symphogear wiki on fandom.com still credits Fire Emblem as the source of the name Ichaival, citing the common misconception that it is Odin's bow. There’s a missing link in the story here, since Fire Emblem is still the only other known use of the name Ichaival. Since Genealogy of the Holy War predates Symphogear by over a decade, the best I can assume is that someone at the anime studio Satelight has really good taste in strategy RPGs. I suppose it's possible that Fire Emblem and Symphogear both independently came up with the same Japanese-English hybrid name for a weapon inspired by Ýdalir, but given the official English localization by Crunchyroll decided to stick with "Ichaival" while properly translating other relics, that seems unlikely.

Now that Ichaival has been scrubbed from Wikipedia and the internet is savvy to the misconception, it's unlikely we'll see Odin's imaginary bow reappear anytime soon. Ichaival didn't reach mainstream awareness before being discovered, but I still can't help but be fascinated by its brief stint as a piece of Norse history. A random Wikipedia user, a developer at Hi-Rez Studios, and an anime writer on the other side of the world all held the false memory at one point that Norse mythology was home to a bow named Ichaival, and everyone just assumed that they were right long enough for the name to be set in stone; all this because a writer at Intelligent Systems in the mid ‘90s thought of a different way to translate a Norse figure's home into Japanese. I wonder where this writer is now, and whether or not they know that they inadvertently created a new piece of history in the minds of a few people that never actually existed in real Norse myth.

Heh, what a wild tale.