10 Years of 'Why This' - The Captain Rainbow Story

The Japan-only Wii game is a wild one that represents the end of a low-key Nintendo developer’s overt weirdness.

A good way to sum up frequent Nintendo collaborator Skip Ltd. is that they’re quirky. Founded in 2000, Chrono Trigger and Super Mario RPG developer Kenichi Nishi was the studio’s biggest name. He led the design of their first two games: Giftpia and Chibi-Robo! - both released for GameCube, though only Chibi-Robo made it out of Japan. Nishi directed Giftpia, which originally was slated to come out in America, even making an appearance at an E3. Giftpia was similar to Animal Crossing, but it was also incredibly bizarre, which led to Nintendo of America passing on bringing it westward. It was also a weird precursor to the last game Nishi would work on before leaving Skip: Captain Rainbow. 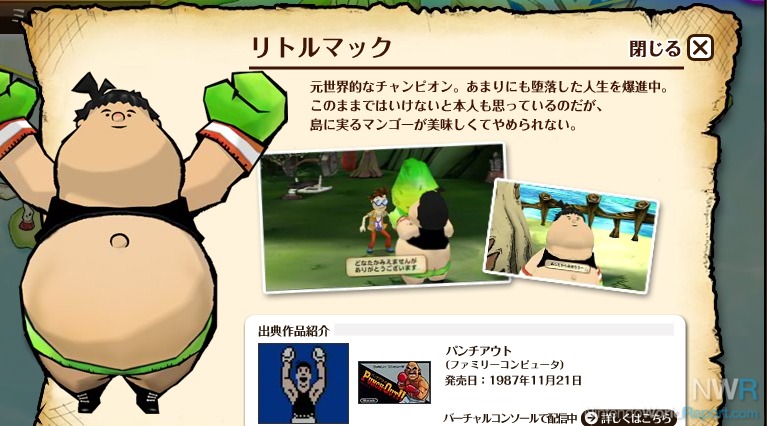 If Skip as an entire company is quirky, then Captain Rainbow has no earthly comparison available for the levels of peculiarity and bizarreness on display. The 2008 Wii game stars a regular dude named Nick, who, because he’s such a normal, everyday guy, can turn into the superhero Captain Rainbow. He winds up on the island of misfit video game characters and proceeds to help out all the fledgling wackadoo characters.

A variety of the characters are pulled from Giftpia and Chibi-Robo, but a rash of them are familiar. An overweight Little Mac tries to get back into fighting shape with Nick’s help. Birdo is in jail because she was in the women’s bathroom but everyone thinks she’s a man. So you have to get a blurred out “feminine product” to prove her innocence. I’m not kidding. 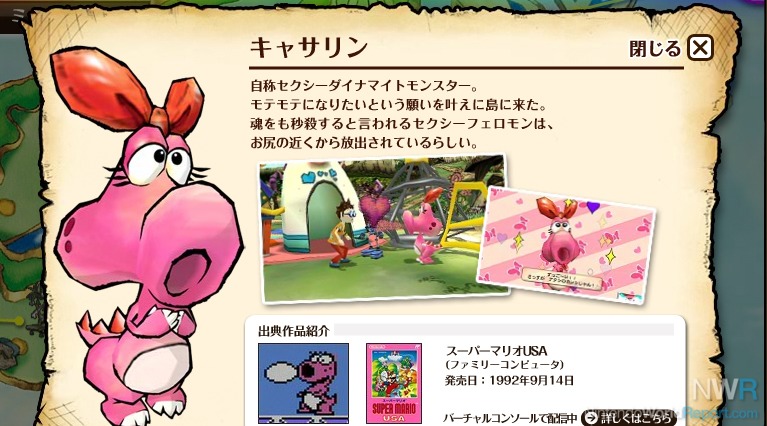 The guy from NES Golf loses a golf club, and I’m not totally up on my Japanese but I’m pretty sure there’s an impotence joke or two there. You play volleyball with Advance Wars soldiers. Lip of the Smash Bros. item Lip’s Stick fame (as well as Panel de Pon) is allergic to pollen and you have to help her out. The Devil from Devil World tantalizes you into being bad and also wants pie, because you know, who doesn’t want pie? Crazy Tracy from Link’s Awakening shows up too because why not.

Captain Rainbow is a fever dream of a game, and it turned 10 years old recently. It’s almost like a lost entry in the Chibi-Robo series with its style of play. The specific brand of humor and style might have been able to sneak over to the West in modern times (I mean that weird Senran Switch game is out alarmingly soon), but Captain Rainbow’s chances in 2008 - a time when Disaster: Day of Crisis didn’t make the leap and mere years later, Xenoblade would barely limp over - were slim to none. 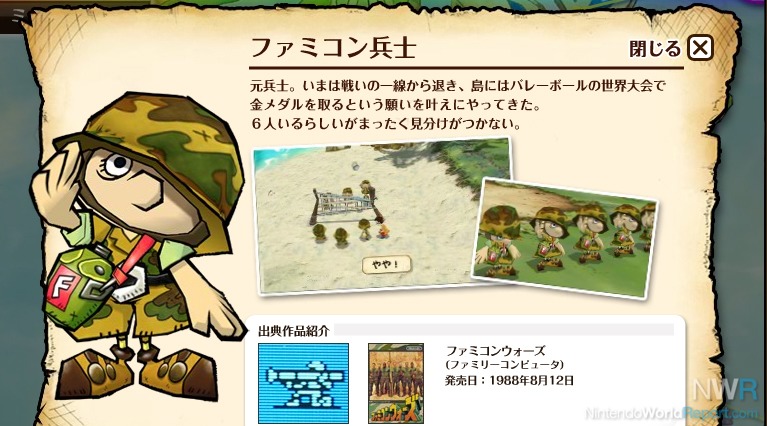 Captain Rainbow will live on as a curio, perhaps in a way people can experience it thanks to a fan translation. It also marked the end of Skip as a bizarre outlier at Nintendo. Since Captain Rainbow, Skip has been relegated to assisting with Wii Play: Motion and working on a pair of Chibi-Robo games on 3DS. The downloadable Photo Finder and the maligned platformer Zip Lash (Author’s Note: I actually really like Chibi-Robo: Zip Lash). Skip hasn’t been credited on a game since 2015, and while they seem to be hanging in there, whenever they eventually do crop up, it’s more likely that they’ll be assisting with development on something else. Even if they do headline, they likely won’t be reaching back into the world of Captain Rainbow anytime soon. That level of Skip insanity seems to be gone.

Captain Rainbow always intrigued me. I doubt we will ever see it come over, due to the adult content.

Never knew about Skip though, I hope we see something from them in the future.

Articles like this are one reason we come to NWR! Great write-up, Neal. It is sad that what make Skip stand out from the crowd got diluted and pushed to the side. That seems to happen so much in various art forms.