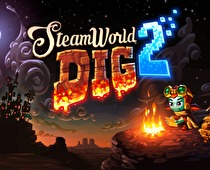 This week is headlined by Image & Form’s SteamWorld Dig 2 and Terrible Toybox’s Thimbleweed Park (aka Ron Gilbert made a game like Maniac Mansion again). The puzzler Soldam is also out for anyone looking to wrinkle their brain in another way. So - what’s the verdict from our panel of Nindie-experts? Also, what past games are dominating our mindspaces?

Justin N.: Damned hard not to put SteamWorld Dig 2 at the front of the list since it is a terrific game and I really love and appreciate the way the cog system rewards people for finding secrets most games would simply use against your completion percentage. It’s truly an indie absolutely everyone can and should enjoy on the system. 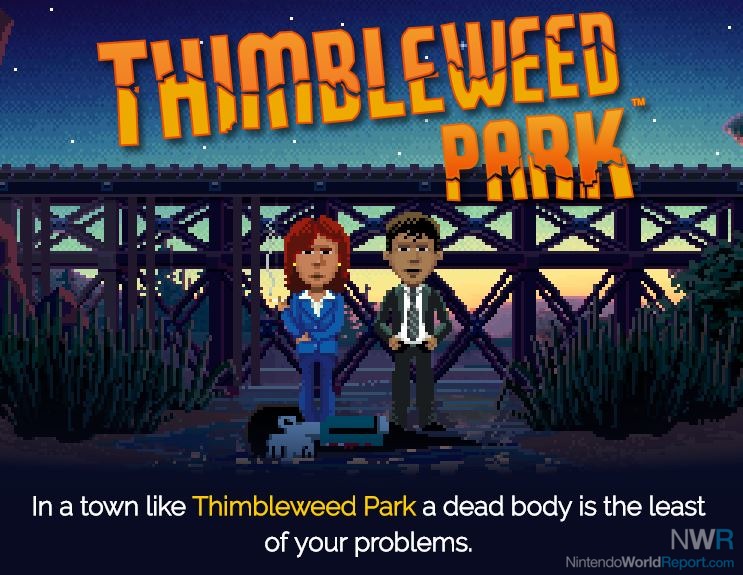 It would be wrong not to also give a major shout out to Thimbleweed Park though. Perhaps the only thing that I’d say gives an edge to Dig 2 is the style of play is more likely to appeal to everyone where Thimbleweed’s classic adventure format may be too slow for people. The humor and polish more than make up for it though, and it plays perfectly on the touchscreen in handheld mode. This is a best-of-genre adventure experience that also shouldn’t be missed.

David L.: I downloaded SteamWorld Dig 2 amidst all the hype and can say I’m having a fun time with it. It’s my first try of a game made by Image & Form, so far I would say that they have a good understanding of how to make games. The initial “boss” battle blew my mind and was a terrific introduction into the universe of SteamWorld.

Neal: I’m not too far into it, but my word: SteamWorld Dig 2 is impressive early on. I had some slight reservations about the original. It felt a little grindy and I wish they focused more on deliberately designed levels. Dig 2 appears to have fix those issues while refining the groundwork laid out in the original. Seeing the potential leaps forward that Dig 2 has over Dig, I’m giddy with anticipation for Image & Form’s next project, and I’ll dream of what a SteamWorld Heist 2 might look like. 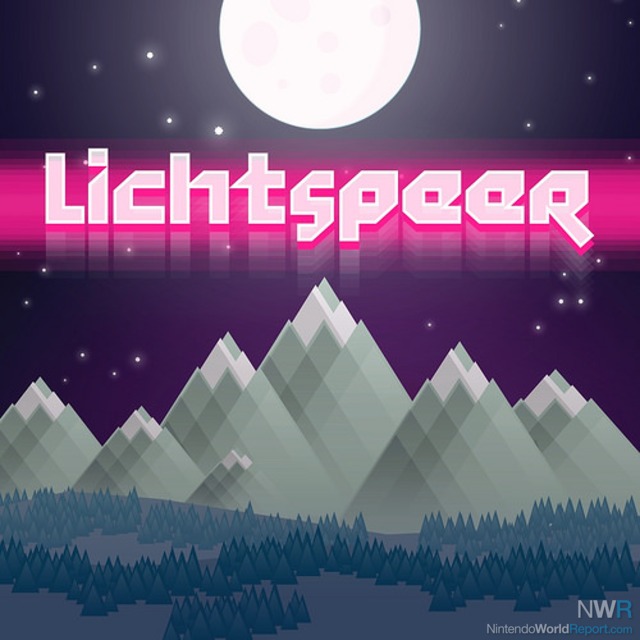 Neal: I cracked open the weird Scandinavian spear-throwing arcade game Lichtspeer this week. It’s a delightfully daffy game that ramps up in difficulty really quickly. The basic premise is you’re throwing spears to hit oncoming hordes of enemies, and the enemies range from zombie vikings to freaking fish that will bite your damn head off. Main thrust is to just get high scores, but you can spend your score to upgrade abilities and unlock more powers. It’s got a co-op mode, too, but I haven’t played it yet.

Perry: With a new Metroid game appearing, I was (obviously) prepared to play my 3DS a great amount. The thing is, I can't stop playing Atooi’s latest release, Chicken Wiggle. I'm a sucker for creating levels, and I've been enjoying posting my levels online for others to play. The sharing features are fantastic, making it very easy to play and download others’ levels. The stereoscopic 3D is very nice also, but I'd gladly trade that in for a version on Nintendo shiniest new system (the Switch, not the 2DS XL), but in the meantime, I'm very much enjoying my time with my 3DS.

Justin N.: This game got stuck in the seams in terms of timing but I was still playing the hell out of Quest of Dungeons this past week. I’m a huge fan of roguelikes and though its presentation may not be flashy, it is a gaming experience that takes me back decades. I still have yet to defeat the third dungeon on Normal; it really forces you to take every movement and encounter seriously.

David L.: I’m having a hard time peeling myself away from Kingdom: New Lands. I grew up in love with the Civilization franchise and Kingdom gives off the same vibe with its goal of survival and expansion. I am completely addicted to its strategic minimalist gameplay. To be able to learn some new trick or technique during each play through is a unique quality for a roguelike.

Perry: just like any sane person, I am very much looking forward to some Golf Story action, but I can't help but anxiously await the release of Axiom Verge. I almost bought it on Vita and Wii U, but ever since I knew of the Switch, I knew that this was finally the platform I wanted to experience this on. Also, there are like a billion Nindies I'm excited for, but we will leave their for a later time.

Justin N.: Lord could I ever use Golf Story in my life right now, but the level of silence on this title has made it a mystery since that initial announcement exploded. Strangely I’m going to go off the board here a bit and say the game I’m looking forward to this coming week the most is Morphite! It is still on hold for the Switch while they work through a late technical bug but it has released on other platforms, including PC. I’ll be posting some video and impressions both here and on Nindie Spotlight once I get a chance. I love the look of the game, hoping that the experience matches up!