Donkey Kong Country, Through the Years

Take a look at the great ape, game by game. 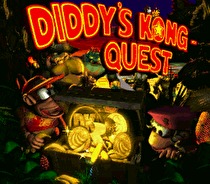 While Mario is often seen as Nintendo’s flagship character, this honor should really belong to Donkey Kong, who was at least a named character while Mario was still referred to as “Jumpman”. Donkey Kong has been around almost as long as Nintendo has been making video games, but largely he stayed in the background while Mario took over in the late 1980s and early 1990s. All of that changed, however, when UK developer Rare Ltd. was given permission to breathe life into the old character after impressing Hiroshi Yamauchi with a demo featuring Silicon Graphics technology.

What followed were three games between 1994 and 1996 that defined the later years of the Super Nintendo Entertainment System. The games were seen as watermark titles for their platform, and also for their characters. Donkey Kong went from being a villain in his title to a member of a larger family. Although the games didn’t feature particularly rich narratives, a world was created, and it’s proven to be one of the most loved, and lucrative, video game worlds Nintendo’s ever created. 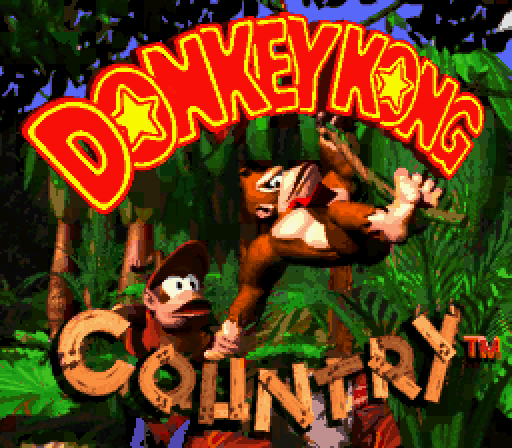 It all started on November 21, 1994. Donkey Kong Country was being marketed directly against Sega’s new 32X and Sega CD platforms. Nintendo was set on driving home the point that you didn’t need new hardware to deliver “next-generation” game experiences. The game was an immediate hit, winning many “Game of the Year” awards in 1994 (against tough competition such as Super Metroid).

The game established the formula for every Donkey Kong Country game that would follow: two characters platforming side-by-side, hunting out K-O-N-G letters, riding on animal friends, and jungle imagery. The game’s music was composed by David Wise with help from Eveline Fischer. These two would compose the music for many future Donkey Kong titles as well, including this month’s release Donkey Kong Country: Tropical Freeze.

The game featured King K. Rool, who would go on to be the villain in the rest of the games in the SNES trilogy. There were 40 stages of platforming goodness, with mine cart stages and water stages to keep things interesting. This game marked the debut of Diddy Kong, as well as most of the other members of Donkey Kong’s family such as Cranky Kong, Candy Kong, and Funky Kong.

Donkey Kong Country was a major success, even being bundled with the Super NES console. Eventually, the game was ported to both the Game Boy Color and Game Boy Advance handheld systems. The game went on to sell over nine million copies, and thus a sequel was greenlit right away. 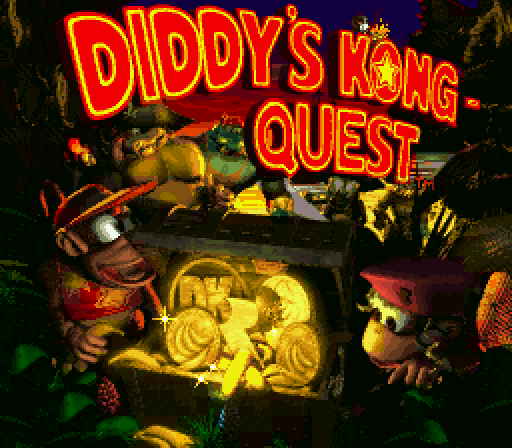 Almost exactly one year after the launch of Donkey Kong Country came DKC2: Diddy’s Kong Quest. In an unexpected move that Rare would repeat in a year with DKC3, DKC2 mixed up the playable characters by removing the titular character and making Diddy the main character. Diddy was paired with his “girlfriend” Dixie Kong (making her debut). Dixie was granted the special ability of hovering by spinning her long ponytail in a helicopter fashion.

While DKC2 plays very similar to DKC, there are some notable differences. The game is substantially more difficult, and includes even more bonus items to locate in the form of DK coins. There is one DK coin per level, and their hiding spots become more and more difficult to track down as you progress later in the game. Another difference is the scenery, as DKC2 keeps to a pirate theme. While villain, K. Rool, was a (self-proclaimed) king in DKC, he’s donned a pirate hat and coat and refers to himself as Kaptain K. Rool in the sequel. 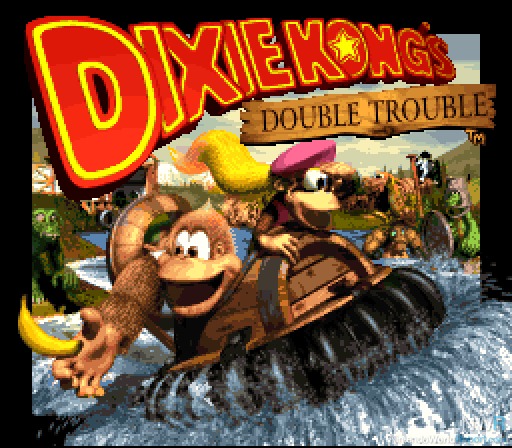 Just as DKC2 launched almost exactly one year after Donkey Kong Country, DKC3 launched almost exactly one year after DKC2. The game released on November 22, 1996, only a few months after the launch of Nintendo 64. Because of this, the third game in the Donkey Kong Country series was overshadowed by incredible new hardware and a genre-defining 3D platformer in Super Mario 64. At a time when new ideas and 3D graphics were becoming the norm, DKC3 represented another fantastic 2D platformer in a well-established genre.

With Donkey and Diddy Kong both out of the spotlight (Kidnapped. AGAIN!), the newest addition to the Kong family is Kiddy Kong, Dixie’s younger cousin. Dixie and Kiddy are front and center in DKC3. When holding Dixie, Kiddy can throw her. In addition, his rolling abilities are vastly improved compared to other characters, and while rolling he can even bounce off the surface of water.

The music was provided mostly by Eveline Fischer, but when the game was ported to Game Boy Advance in 2005, it was given a new soundtrack composed by David Wise. In addition, the subtitle was dropped on the GBA version of the game.

Although the game was positively received, it never got quite as much attention as the first two games in the series. 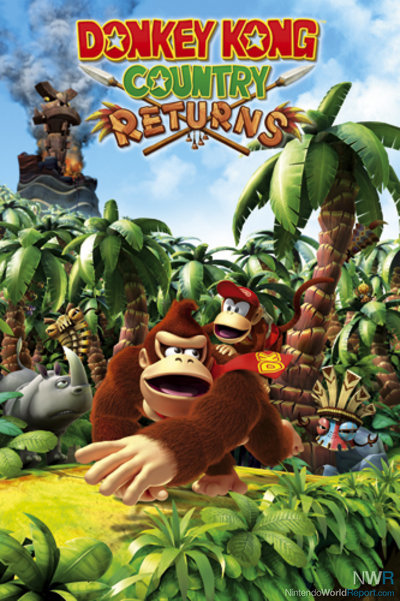 Although quite a few games were released in the Donkey Kong franchise after DKC3, none of them were in the same vein (or series) as Donkey Kong Country. Donkey Kong 64, a pseudo-sequel to the SNES games, delivered a Super Mario 64 style 3D platformer with plenty of collectables, while Donkey Kong Jungle Beat showed how one could deliver a SNES-style DKC game with only a set of bongo drums as your control method. Those games have merit, but they just weren’t Donkey Kong Country. When Rare Ltd. was purchased by Microsoft in 2002, it seemed unlikely for the franchise to return in its original form.

Finally, at E3 in 2010, Nintendo announced that the franchise was to have a new entry. The new game was Donkey Kong Country Returns for Wii, and would be developed by fan-favorite developer Retro Studios, who were fresh off Metroid Prime Trilogy, widely regarded as some of the finest first-party Nintendo games in a generation. Although some fans expressed disappointment that Retro was tapped to revive a 2D platformer when they had previously shown skill in creating realistic 3D environments, that disappointment began to wash away as footage of the game was shown.

Donkey Kong Country Returns was released November 21, 2010, exactly sixteen years after the release of the original DKC. As Rare was no longer developing the game, David Wise was unavailable to help write the music, so Kenji Yamamoto was recruited to adapt Wise’s original style to the new game. Yamamoto had originally worked with Retro Studios on the Metroid Prime games.

DKC Returns was released to critical acclaim, being hailed as the cream of the crop of the “revival” 2D platformers that Nintendo had been releasing around the same time period. While some found that the motion control mechanics in the game were a detriment, most seemed to agree that the level design, challenge, visual design, and music were all top notch.

The game went on to sell almost five million copies, and like all other games in the series was eventually ported to a handheld platform when DKC Returns 3D was released in May 2013. 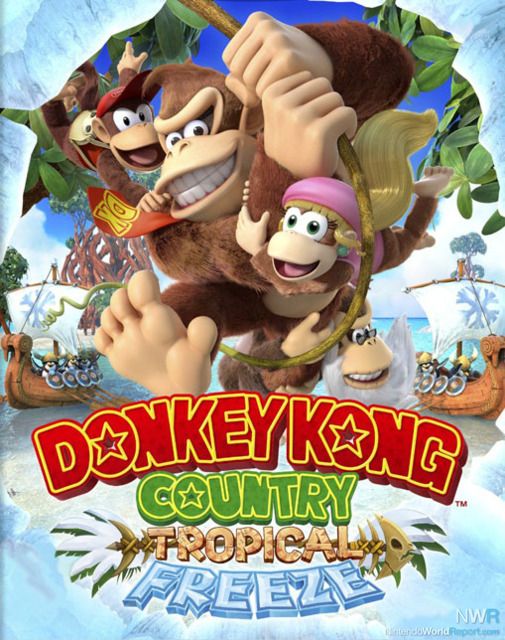 Original series composer David Wise has confirmed his return to work with Kenji Yamamoto to compose music for the game, having since departed Rare Ltd.

What do you think about Donkey Kong Country: Tropical Freeze?

I played through GBA version of DKC1 last year. It was okay, i guess.

I am stuck on some pirate ship in DKC2 where i have to jump with a snake (also GBA), very annoying level.

I have 3DS cart of DKCR, will play it eventually.

What do you think about Donkey Kong Country: Tropical Freeze?

So far, Donkey Kong '94 still remains to be the best game with Donkey Kong.

The first DKC was brilliant. Fanboyism has taken on a religious zealotry in this day and age, but back then I remember inviting one of my friends over who happened to be a Sega kid. He converted. To this day, the snowstorm level where it gradually snows harder and harder until you can't see is one of my favorite video game levels ever.

DKC 2 was also great, but it started my platforming pet peeve: you can't get to this part of the map unless you collect a certain amount of hidden coins in a level. It's such a cheap tactic to get you to replay levels and extend the life of the game, and now the New Super Mario Bros series just abuses it.

I remember DKC 3 being frustratingly hard in some parts. I played through it once, and never touched it again.

DK64 was trash. "Oh no, you can't collect those bananas right now. Come back as Lanky Kong for that color." I always prided myself on completing the games I owned, no matter how bad they were. This was the first game I ever quit because of sheer boredom.

DKC Returns was solid on the Wii, and better on the 3DS. There was no need to force motion controls into the Wii version by that point in the system's life.

Yes, I know this won't happen, but I would be on cloud 9 if Nintendo announced today in the Nintendo Direct that DKC 1, 2, and 3 are available TODAY on Wii U Virtual Console!!!
I have the DKC 1 SNES cartridge, but the battery is dead so I can't save my game and I sometimes get an error code that says something like This game won't work when in a copying device, but my SNES isn't a copying device. Yes I've cleaned the contacts multiple times. I was considering buying one of those special screwdrivers to replace the battery, but if I'm just going to keep getting that warning it's not worth it so instead I'm going to keep hoping they release these games on Wii U VC

I would (and have always personally) considered DK64 as part of the DK Country series. Just like how I consider Super Mario Bros., World, Mario 64, Sunshine and the Galaxy games to all be part of the same series. The game has the animal helpers appear, has bonus games, kremlings and King K. Rool, and the Kong family of Cranky, Funky, Wrinkly and Candy.

It's odd to think about but it is the only 3D Donkey Kong made so far which is a shame as I've always liked that game and it's expansive world.

A fifth Donkey Kong Country game would be welcome if, and only if, the Kremlings return as the villains.

So, that's why Tropical Freeze isn't being warmly welcomed?

I love the Kremlings, I really do, but them not being in the game means nothing really. I would be happy to see them but to ignore the game just because they aren't there is just stupid. That line of thought really squeezes my apples. These Snowmads have personality and their animals, that should count for plenty. Kremlings certainly didn't redeem DK64 in anyway.

Donkey Kong Country was a life changer for me but I'm not blinded by nostalgia.

That line of thought really squeezes my apples.

A banana-related idiom would be more apt.

Still, you're slamming bananas over kytim logic. His loss if he's set on avoiding an entire game because certain characters are absent. That's like saying you wouldn't buy a Mario game unless he rescues Daisy. Silliness.

Anyway, I only ever completed the first Donkey Kong Country before Returns. I played the next two sparingly (three if you count 64). I really wanted to play through Dixie Kong's Double Trouble, but I kept forgetting about it. I had my chance to buy the GBA version last year, but I dilly-dallied and it already sold when I committed to buying it.

I don't think the original DKC holds up. Returns crushes it in just about every way. I'm looking forward to the sequel and it's apparently a $50 game.  I'm still waiting for a sale, but hey, I'll save $10 more.