Mama, Mickey, Mega Man, Link and more collide on the eShop this week. 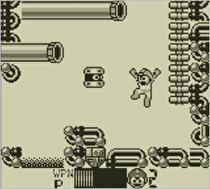 The Tokyo Game Show is behind us and we have another week of downloads on the Japanese 3DS and Wii U eShops. There is a pretty strong line-up of games available this week ranging from titles like Gardening Mama to Mega Man II on the Game Boy to Shin Megami Tensei II. On top of that, the eShop also has a video round-up of trailers this week for games that were at TGS.