History of AlphaDream: Ketchup and Plumbers

AlphaDream is a Tokyo-based company that was formed in 2000, founded by former Square president Tetsuo Mizuno. While they’re mostly remembered for their Mario & Luigi games, this Nintendo second party company has had quite a few forays into other titles. Their early games set the groundwork and established norms that would eventually be vital in making the Mario & Luigi series so memorable.

Their first game, Koto Battle: Tengai no Moribito came out on the Game Boy Color in March 2001. It bears a strong resemblance to the Pokémon franchise, or, more specifically, the Pokémon Trading Card Game released two years prior in Japan. Although similar to Pokémon, it features a much more complex battle system where players maintain a stable of twenty cards (kotodamas) and battle three at a time against NPC opponents. The protagonist is a young boy who wants to join a group of kotodama battlers called the moribito, who are tasked with protecting the shamans of the world.

The game really creates a fleshed out card-battling system with several card types and a world filled with random opponents to challenge. Nevertheless, the game never saw release outside of Japan, despite a positive reception. It has, however, been released on the Japanese 3DS Virtual Console. Their next game continued mixing up the RPG genre in interesting ways, and its light-hearted tone carried on into the Mario & Luigi games.

Their second game, Tomato Adventure, was co-developed by AlphaDream and Graphic Research for the Game Boy Advance, and was released on January 25, 2002. Chihiro Fujioka, whose previous work includes Super Mario RPG, Final Fantasy Mystic Quest, and Final Fantasy Legend III, acted as director on the game. It was originally called Gimmick Land and was planned for the Game Boy Color. However, the release of the Game Boy Advance prompted Nintendo to request that the game be renamed and new, more recognizable characters be created to make it more marketable.

In Tomato Adventure, players find themselves in the Ketchup Kingdom in control of DeMille, a young outcast that hates tomatoes. Kids who dislike tomatoes are labeled “Droppers,” and are forced to live in the village of Cobore until they change their tomato-hating ways. The story focuses on the Droppers and DeMille’s quest to save his girlfriend, Patharan. The battle system features weapons that resemble toys, referred to as Gimmicks, which usually require the successful completion of a mini-game to hit the opponent. AlphaDream would soon see great success with this kind of mashup of RPG elements and mini-games with the Mario & Luigi franchise. The game also features another old trick from AlphaDream—card games. Although this time they’re not a main focus of the game. Like their first title, Tomato Kingdom was also only released in Japan. 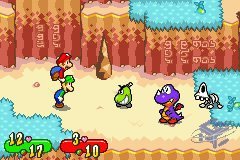 Their first international game, Mario & Luigi: Superstar Saga was a hit across the board, with NWR’s own Jonathan Metts giving it an almost perfect score. It was also AlphaDream’s first attempt at working with an already established franchise, and, by most accounts, they nailed it. The game takes place in the newly established Beanbean Kingdom, and introduces many new characters in addition to the usual cast of Mario characters. Instead of Bowser as the main baddie, players are given Cackletta, a witch who stole Peach’s voice. In fact, Bowser even helps players during a portion of the game! Mario & Luigi continued the marriage of mini-games and RPG mechanics that AlphaDream started with Tomato Adventure, and added another original, inventive chapter to the Mario Bros. saga. The brothers had to constantly work together to overcome obstacles, and it showed a bond between Mario and Luigi that was rarely seen in past games. 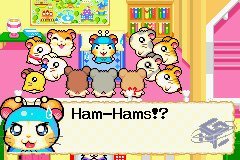 After their success with Mario & Luigi, AlphaDream took a break from Nintendo franchises to develop two Hamtaro games for the Game Boy Advance. The first, Hamtaro: Rainbow Rescue, consisted of several mini-games featuring characters from the Hamtaro anime, and follows a surprisingly overblown plot (for a game about hamsters) about a magical rainbow umbrella. The game came out in Japan in May 2003 and in Europe in October 2004. The second Hamtaro game, Ham-Ham Games, released worldwide in July 2004, and was based on the 2004 Olympics. Both titles were published by Nintendo, with Miyamoto himself listed as producer. They also likely served as great ways to test out new mini-game ideas for the next Mario & Luigi game. 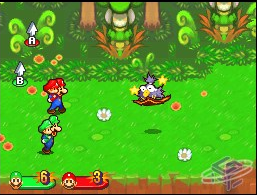 The second Mario & Luigi game, Mario & Luigi: Partners in Time for Nintendo DS broke tradition by releasing in North America first in November 2005. In this entry the brothers returned to the Mushroom Kingdom, and, as the name suggests, they’re caught up in a time-travelling conundrum. Players are able to control both baby Mario and baby Luigi alongside their adult counterparts, which adds greatly to the complexity of the puzzles. The new enemies are a race of aliens called Shroobs, who invade the past and wreak havoc on the Mushroom Kingdom. The plot is decidedly darker in tone than the first game, and Mario and Luigi seem less happy-go-lucky in battle. While the game wasn’t quite as well received as its predecessor, it was still a solid title nonetheless.

Next up AlphaDream continued its own tradition with two more Hamtaro games. The first came out in Japan on the DS, although you could have probably determined that it was Japan only by the name: Tottoko Hamutaro Haai! Hamu-Chans no Hamu Hamu Challenge! Atsumare Haai! The second game, Hi Hamtaro! Little Hamsters Big Adventure, is a puzzle game that came out in Japan in March 2007 and, shockingly, released in North America in September 2008. Oddly enough it wasn’t published by Nintendo, but by Marvelous Interactive in Japan and 505 Games in North America. 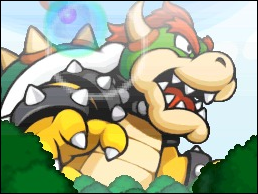 So, with their obligatory two Hamtaro games out of the way it was time for the second DS entry in the Mario & Luigi franchise. Mario & Luigi: Bowser’s Inside Story dropped Miyamoto as the produce in favor of Toshiharu Izuno, and follows Mario and Luigi as they get shrunken down and sucked into Bowser’s body. The combat continues along the same beats as previous entries. The game used the touchscreen more than Partners in Time, and was well received. Focusing on Bowser became critical to the game’s success, and it finally gave him the character development that he so rightfully deserved.

After such a strong success, AlphaDream took a break from their cycle of Hamtaro and Mario & Luigi games with PostPet DS, which released on the DS in December 2009. It’s set in the popular (in Japan) PostPet universe and was designed by Kenichi Nishi, who has also worked on Chib-Robo! and Captain Rainbow. It might not be a Hamtaro game, but at least it still deals with cute animals. 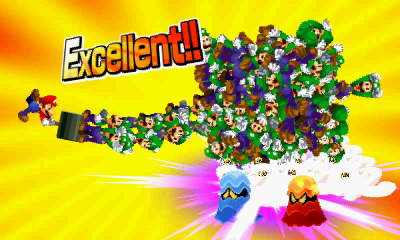 Finally we come to the latest title by AlphaDream—Mario & Luigi: Dream Team. The game gives Luigi the Bowser’s Inside Story treatment, with a story focused around Mario entering his brother’s dreams. The game also includes a slew of Luigi themed mini-games. It’s the first title from the franchise to come to the 3DS, and is due out in North America on August 11 of this year. With any luck AlphaDream will be able to continue their trend of slightly offbeat RPG games married to fun mini-games; the world is certainly a better place for it.

Nice work Justin. :D  I've really liked the various History of...Developer articles NWR has put out over the past few months. Even with developers I know a lot about, there's always something new to discover.

Nice work Justin. :D  I've really liked the various History of...Developer articles NWR has put out over the past few months. Even with developers I know a lot about, there's always something new to discover.

Thanks! We've all enjoyed working on them  :D

It's funny, going into this I was most interested in the Mario & Luigi games, but coming out of it I got the most fascination out of their earlier works like Tomato Adventure.