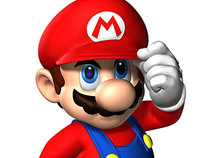 Super Mario 3D Land and Mario Kart 7 may have solid release dates in North America – November 13 and December 4 respectively. MTV Multiplayer Blog ran a story earlier in the day that showed both of these dates, however, shortly thereafter, the story was updated, and the two release dates were removed.

Officially, Super Mario 3D Land is scheduled for November and Mario Kart 7 for December, but the specific days have not been set. NWR contacted Nintendo for clarification, and received the following response: "Nintendo has not announced the specific launch dates for the upcoming Mario games for Nintendo 3DS, other than our previous statements that Super Mario 3D Land will be available in November and Mario Kart 7 will be available in December."