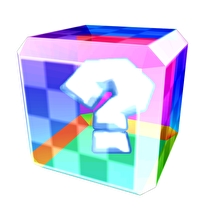 Unlike previous Mario Kart games, Mario Kart 8 will only let players carry one item at a time. This means no more snatching a second item while already having gained items floating around or dragging behind your kart. Take a look at our hands-on preview to see the changed item mechanic in action. We all have mixed feelings about this:

Zach Miller:
"I feel like this is a stupid change, although I kind of understand why they made it.

On the one hand, it means there will be fewer items careening around the course at any one time. On the other hand, that's kind of the point of Mario Kart. It's not a game-changer, but it will subtly influence how I play the game."

Mike Sklens:
"It's an interesting decision. It ought to reduce item hoarding to keep yourself in first place, since you will no longer be able to employ the strategy of getting three green shells with another three in reserve. I like the change. It could even make the game more chaotic in the end."

Justin Berube:
"When I first heard the news, I wasn't happy, especially since in the E3 demo items worked the traditional way. The new items rules just seem to change something about Mario Kart that people haven't complained about. However, maybe it's for the best. With 12 racers on a track, it's possible that the developers found that item hoarding made the game too chaotic. I mean, imagine if all 12 racers had two items and they all decided to use them at approximately the same time. It would be pure hell.

Regardless, we probably won't know the full ramifications of the change until we get our hands on the final product. Only then can we truly judge the decision."

Andrew Brown:
"Let's face it, item hoarding was a pretty unfair, even borderline cheating, tactic to begin with, and everyone did it without question. It was simply a fundamental style of play that everyone was used to as second-nature.

Despite every game in the series making significant additions or tweaks to the Mario Kart formula, people still complained that Nintendo is just releasing the same game over and over, and perhaps this is because core elements like item hoarding remained intact, making the overall experience feel like the same old thing.

I'm interested to see how this change plays out. It's bound to increase the challenge involved with an added need for careful item prioritizing. It might be a small step, but I'm happy that it's changing the way we play in a pretty big way."

Tom Malina:
"Any adjustment that adds more skill to a series that many claim features too much luck or imbalance through its use of items is a welcome change.

For the players leading the race, it becomes a greater challenge to block incoming attacks, but still very feasible to pull off - they would just need good timing to, as an example, place their banana behind them right as the Red Shell is about to strike their kart.

For the players in the lower positions in the race, either in the middle of the pack or further back, it encourages more vehicle-to-vehicle combat purely in terms of knocking into each other. If the racer nearby has a triple mushroom spinning around them, it would be a good feat of skill to swerve in, steal one of the mushrooms and earn a boost. Between this and the anti-gravity speed-boosting, it sounds like there will be a lot more 'bumper karting' in this game than before, which is a nice additional layer to the racing.

In short, this seems like a good way of improving how items are utilized. From another perspective, I would argue that people who accuse Nintendo of being slaves to tradition, only to then complain at this alteration to a classic formula, are the embodiment of a mixed message."

Bryan Rose:
"I don't think it's as big of a deal to me than it would be to other people. I'm a casual player of the Mario Kart series, and I don't like the idea of no longer being able to stock up on items. I don't know why Nintendo changed something that's been happening in Mario Kart games for decades, but I guess the change is necessary. I think it might be a bigger issue for people who play it competitively or play it online. They'll have to change the way the play the game, and might choose other Mario Kart games over this one for competitive online play. I don't think the casuals will find it as bothersome as the hardcores, but it's a change I have to question."

Neal Ronaghan:
"I think it's an interesting change that will turn Mario Kart 8 into more of a pure skill-based racing game. Not to the degree that it will upend the series, but in a way that subtly makes a game about item hoarding and protecting a lead into something that's more frantic. I'm intrigued to see how it changes strategy when playing this in single-player and multiplayer."

I don't like this mainly because my brother is a damn surgeon with green turtle shells. Holding an item behind me was my only recourse because it isn't like I'm getting better at video games.

I get it and I'll adjust, but yikes, I'm going to be a sad panda until I do.

Borderline cheating? I have played tons of Mario Kart ever since the N64 and never saw this as a problem. Seems like an unnecessary change to to a non-existant problem.

One layer of strategy removed.


And I'm almost always against any changes in any game that over simplify strategy.

It is NOT boarder line cheating in any way and making it more chaotic makes it far more interesting and fun. I think this is a stupid idea and it should've been left as it was. While I'll adjust as well I'm still not happy with this change in Mario Kart. However, I will still be getting the game and will probably still love it as I have with the past versions as well.

This is not how you inspire confidence in me after getting burned by mk7.

I love Mario Kart 7; it's my favorite one. What didn't you like about it?

It's just so blatantly rushed that it ends up feeling sloppy, and metal mario.

If you're gonna make a portable mario kart and not put the single player vs. mode that worked so well on previous games in the series then you're a bunch of incompetent numbskulls.

I really don't know how I feel about this until I try it out myself. I know Mario Kart Wii was ridiculous, so maybe this change will be for the better. Maybe not. Can't tell yet.

My thinking is this will hurt the leaders more.  If you are in the lead, you don't get offensive weapons allowing you to save defensive weapons.
If I'm in the pack and get an offensive weapon, I feel like I immediately have to use it or risk losing it because someone else might have a lightning bolt, or triple red shell, or star, or something that will cause me to lose my offensive weapon.  Things are hectic in the pack and in my experience dragging a 2nd item leads to a lot of lost items.  The only time I could drag is when I was in the front getting more defensive items protecting me from the pack.  I don't buy that more items will actually be used as the pack seems to use things immediately anyway.

Never saw this as problem.  It's pretty dumb to get rid of this if they keep the rubber banding and the item handicapping that punishes skill and makes every race a glorified dice roll.  Mario Kart Wii had tons of problems that pretty much turned me off of Mario Kart for good.  Focusing on something that I don't think anyone complained about like this doesn't fill me with confidence that the dev team's priorities are in the right place.

Don't worry, the lack of firepower this will cause be remedied with new items. Namely, Triple Blue Shells and Blue Shrooms that will warp you in front of first place. Clearly chaining them gives an unfair advantage and was removed.

Item hoarding was always one of those things that helped you deal with the rubberbanding AI.  Like the second place kart suddenly gets warpdrive, so you welcome him to the front of the pack with a banana peel.  It was the only tactic that let you play defensively.

I'm gonna be optimistic and think that this means that Nintendo fixed the real problems with the game and that hoarding items was what was breaking the balance.